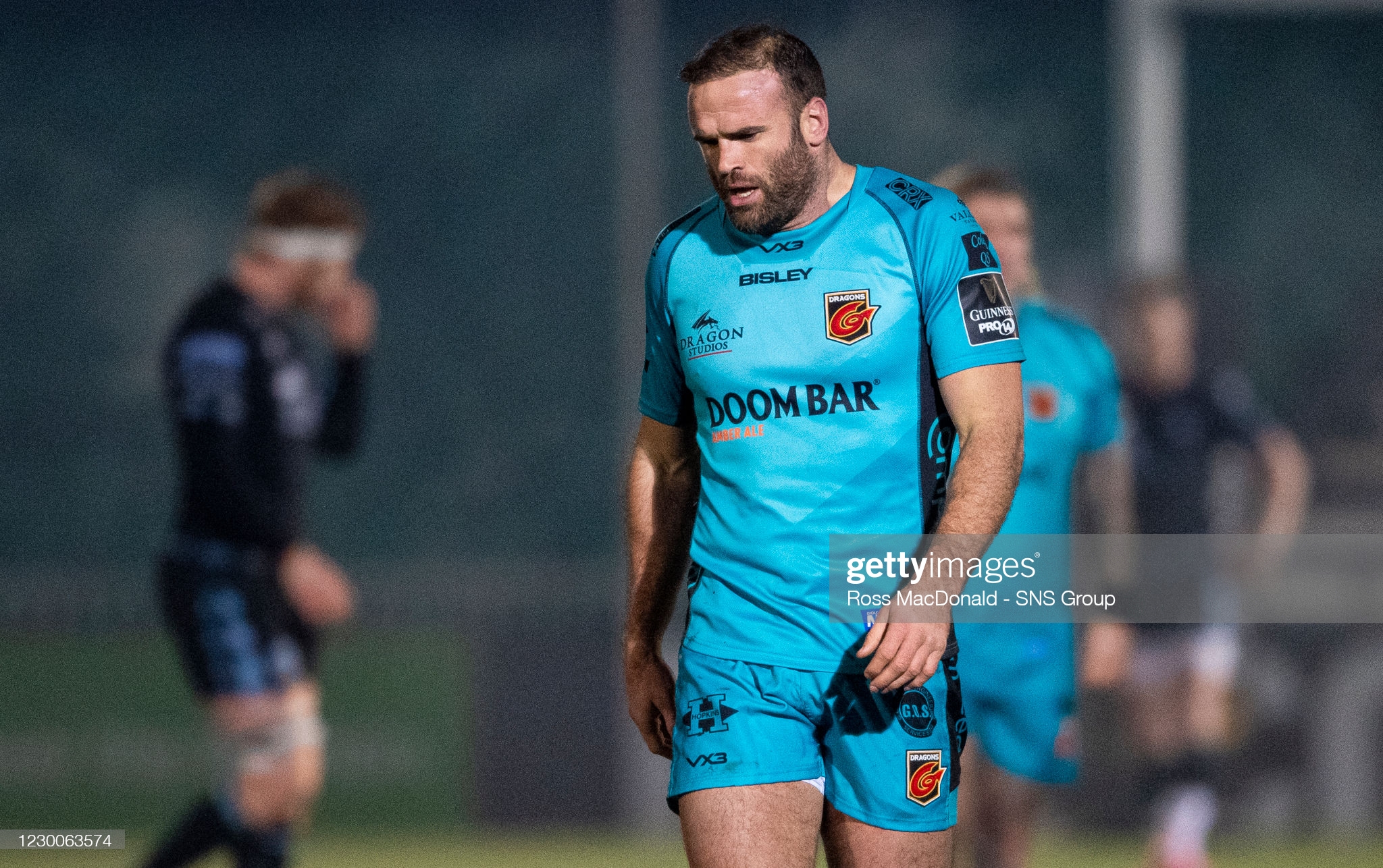 Jamie Roberts has warned his Dragons side and the rest of the Guinness PRO14 they must be ready for a significant step up in quality when the division officially expands further into South Africa.

This season – which has been hit hard by Covid-19 – has taken place without the presence of the Cheetahs and Southern Kings who were the first southern hemisphere sides to play in the competition.

The current campaign will be wrapped up by March allowing South Africa’s four best teams – Stormers, Bulls, Sharks and Lions – to join a 16-team “Rainbow Cup” beginning in April.

The “Rainbow Cup” will consist of two pools of eight and a final between the two pool winners.

Roberts – who started the year in Cape Town with the Stormers and has ended it with Welsh region the Dragons – is uniquely qualified to give his assessment on it having been both sides of the fence.

He said: “South Africa have good teams. They are big, physical sides. There is a lot of power, a lot of intensity, and they are quality outfits. Having played at the Stormers I’ve seen that.

“I’ve played against the Bulls, the Lions and the Sharks. Those teams are a step up from the South African sides which have been in the PRO14. There is no doubt about that.

“To have that added competition and chance to travel is I think something most players in the league would enjoy. It gives us a trip back to Cape Town too so I’m excited about that.

Roberts joined the Stormers from Bath, but was forced to return to Wales earlier than expected at the start of the year when Covid-19 struck.

The 34-year-old has been in fine form in 2020 despite the pandemic’s disruption and has been a canny acquisition by Dragons director of rugby Dean Ryan.

Always enjoyed watching the @CheetahsRugby and it doesn’t sit right the way that they have been cast aside by PRO14 bosses. https://t.co/rk0SFUvD8g

Roberts has found a new lease of life at Rodney Parade and the competitive instincts of the 94-cap Wales centre have certainly not lessened.

“I loved Super Rugby. I really enjoyed the pace of it and the pressure on my skillset. I obviously enjoyed Cape Town too as it’s an amazing place,” Roberts said.

“I was gutted to call my time there short. I’m finding enjoyment in the game now more than ever. I’m playing with a little bit less pressure, I’m a bit older, but I’m still as hungry as ever.

“I’m a very competitive guy. That’s never faded. I’m far more relaxed in the week now and I’m all about switching it on for the weekend. Everything is about that 80 minutes.

“When I reflect on my younger days in my 20’s I’d burn up a lot of my emotional energy during the week. Now with the added factor of no crowds you have to bring that energy yourself.

“I’m enjoying that and I feel I’m playing some good rugby. I just want to win and I get frustrated when we lose. I’m as ecstatic as ever when we win. I’m still uber competitive.”

Roberts, who has three Test caps for the British & Irish Lions on an immense rugby CV, signed a one-year deal with the Dragons in the summer. He is yet to talk to Ryan about an extension.

“I am happy in myself and I am happy playing. My body feels good. Those factors are enough for me to want to keep on playing,” Roberts said. “The physical challenge is part of why I love the game.”