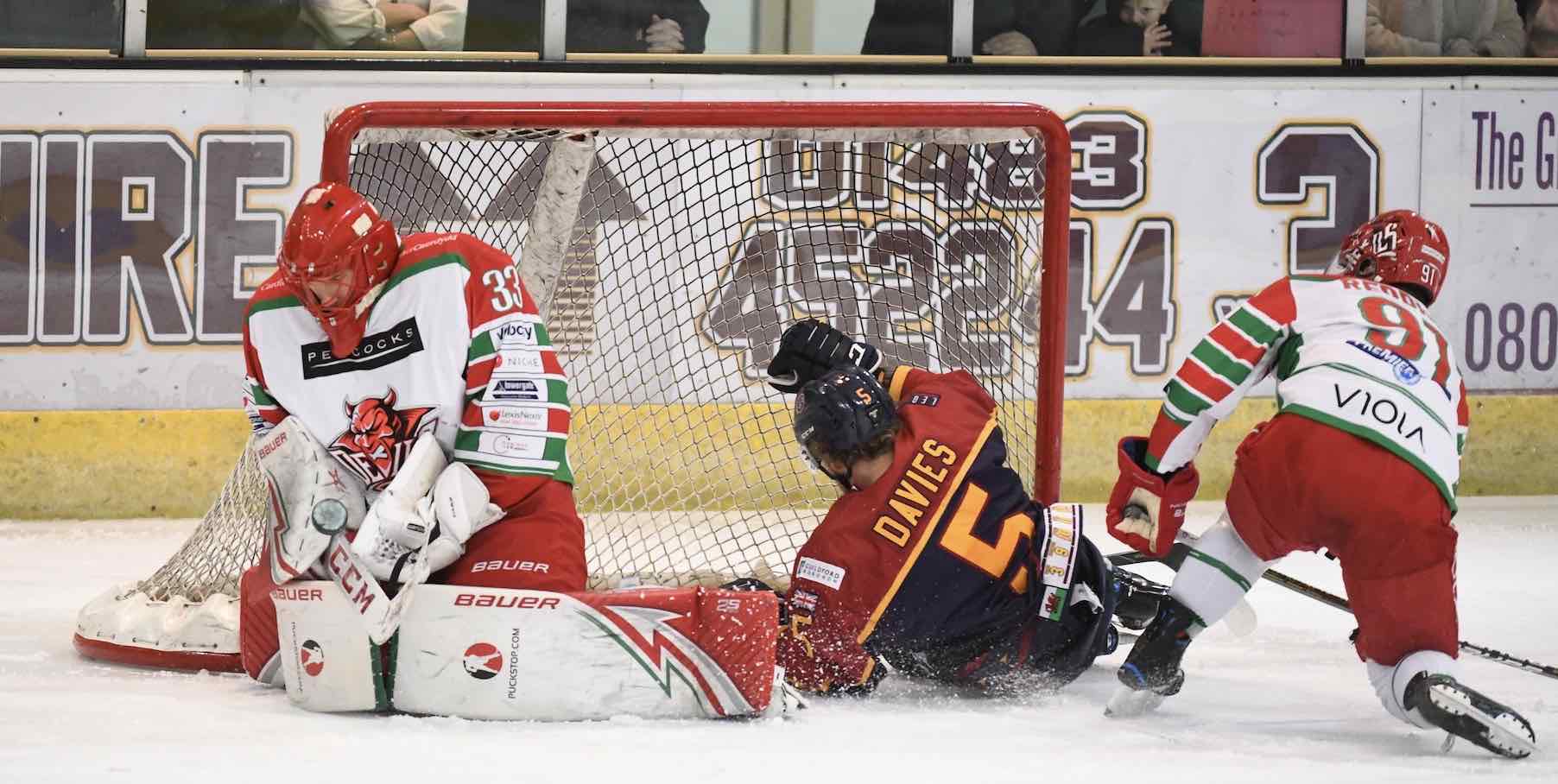 Crooks scored five of Guildford’s goals in their 6-3 win at the Spectrum, a result which is a blow to Devils Elite League title hopes.

The damage, though, was limited because leaders Sheffield Steelers lost 3-1 against Fife Flyers after going down against Dundee Stars on Saturday, while Belfast Giants crashed 4-0 at Nottingham Panthers.

“It was frustrating,” said Devils head coach Andrew Lord. “I thought we had learned the lesson against Coventry Blaze on Saturday that we must play for 60 minutes, but we didn’t.

“We played poorly in the first period. It was flat and we weren’t physically engaged. Our second was great, unbelievable.

“We hemmed Flames in and were relentless. Two goals could have been more.

“The third was not as good as the second.”

Cardiff have the chance to put bad memories from Guildford out of their minds when they take on Fife Flyers at the Viola Arena on Wednesday (7.30pm).

Evan Mosey, who made his first appearance of the season against Coventry, scored a goal and added an assist for Devils, but this match belonged to Crooks.

“When it’s your night, it is your night, and certainly it was Jamie’s night which helped turn it into our night,” said Flames coach Paul Dixon.

“Jamie scored against Glasgow the night before and added five against Cardiff,” said Flames’ coach Paul Dixon. “His stick was like a magic wand.

“There were smiles all round in our locker room after a four-point weekend.”

Jamie Crooks bags 5 goals to lead the charge in a 6-3 win over the visiting @cardiffdevils. https://t.co/GGKjpTXLU9 pic.twitter.com/9WnxxIoTZ0

“If the game was measured by puck possession time, certainly Cardiff had the puck more than we did, but we were able to score when the opportunities presented.

“Even when Devils were back in it and a single goal down twice, we were able to grab that next one each time to eventually put them in a time crunch.”

Crooks had a natural hat-trick in the opening period to take Flames to a 3-0 lead, added a fourth in the third and added an empty net fifth.

Blair Riley, Joey Martin and Mosey were the Devils scorers.