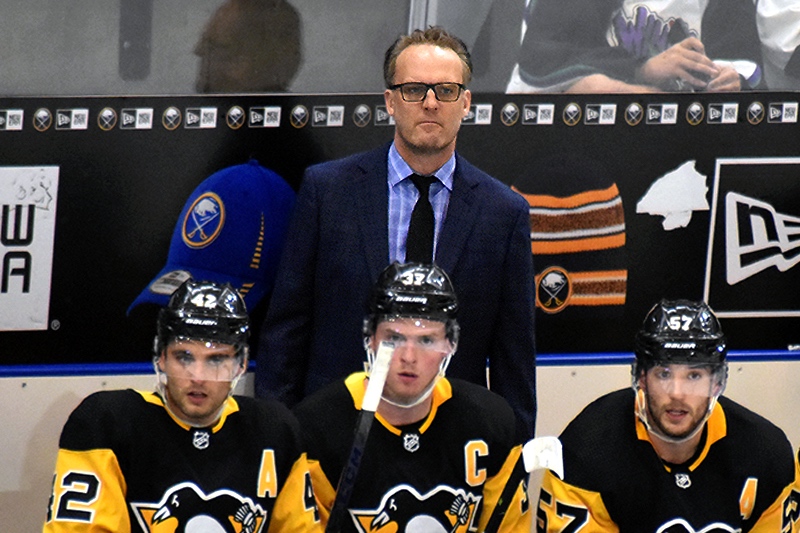 The Canadian, 49, will take over the role in the next few months when COVID-19 restrictions allow.

The former NHL centre  from Niagara Falls – known as ’Skalds’ to his team-mates – played more than 1,000 matches in six different countries over 18 seasons.

“I can’t wait to see the city of Cardiff and our Devils arena,” says Skalde, in an exclusive interview with Dai Sport.

“The owners have told me about the rivalry with Sheffield Steelers and I’ve already learned a fair bit about British hockey.

“Elite League has got so much better over the years. What Cardiff Devils have been able to achieve – people notice that.

“I find it similar to the East Coast League. Yes, there are high expectations, but there is no better situation. All the pieces are in place including returning players.

“There is so much to like about this job.

“Todd Kelman and the owners have talked to me about the fans and told me how passionate and knowledgeable they are.”

Skalde, who lives with his wife and two children in Toronto,  has been assistant coach of American League Wilkes-Barre Scranton Penguins.

“I’d like to get Jarrod over in the next few months and have a fans meeting plus a couple of events,” said Kelman. “He will be blown away by the Devils support and passion.

“We had 70-odd applications for the job and there were five or six rounds of interviews. It was gruelling. Jarrod ran a video presentation, a breakdown of a Devils v Nottingham Panthers match.

“We found out everything about a few candidates and spoke to many, many people. People who have played with them, against them, coached against them, played under them. Anything that was relevant.

“Jarrod stood out above the rest. He has a great CV. No disrespect to Jarrod, but his wasn’t the best coaching resume we were sent.

“There were guys with NHL experience that we talked to, but we were interested in the whole package. He came across strong in all areas.

“He has been coaching at Wilkes Barre Penguins, a club which is a breeding ground for coaches who go onto the NHL.

“All the Cardiff Devils owners talked to Jarrod along with players Joey Martin and Joey Haddad.

“We wanted somebody with all the right credentials who will be great with fans, great with the media, own the room and command that respect.

“It wasn’t like he was top three in the various aspects we were rating people in – he was top in virtually every aspect.”

Kelman said he was hopeful Skalde would be Cardiff’s head coach for the next few years as he looks to maintain the success under Andrew Lord.

He added: “We are not looking at a coach for one year. We are looking at the next number of years.

“That’s the relationship we will build. I remember talking to Lordo (Andrew Lord) early on and saying never worry about being fired. It’s such a stupid thing in sport.

“If Jarrod is Devils coach for next 10 years then great. I hope he is. I hate going through this process and genuinely believe we could not have gone through a more intense hiring process.

“We have the right guy. Fans will know me well enough to agree we are thorough. I hope we don’t have to do it again. I want to be able to go for a beer with Jarrod, talk hockey and not to overthink what he is saying.

“I can leave the hockey side of business to him. That’s the relationship I had with Lordo.

“I can focus on ticket sales, sponsorship and promotions. He doesn’t need to come into my office and ask how ticket sales are going and I don’t need to go into his office and enquire about a new D-man we are signing.

“Steve King, one of our owners, told me ‘you are hiring your best buddy for the next number of years. Everybody knows how close Lordo and I were. I had Lordo’s back and he had mine.

“Our aim is to replicate that with Jarrod and I.”

Skalde joins the Devils after spending the past two seasons in the American Hockey League behind the bench as an Assistant Coach with the Wilkes-Barre/Scranton Penguins, the top affiliate of the NHL’s Pittsburgh Penguins. Prior to that, he was skills development coach with the Pittsburgh Penguins organisation throughout 2017-18.

Before joining the Penguins organisation, Skalde was head coach of Guelph Storm in the Ontario Hockey League for two seasons, which also included a stint working with Team Canada’s Under 18’s team.

Skalde cut his teeth as a head coach with the Bloomington PrairieThunder in the IHL before taking over as head coach and director of hockey operations for Cincinnati Cyclones of the East Coast Hockey League.

He was with Cincinnati for three years and in 2012-13 he was named the ECHL Coach of the Year. From there he moved up to the American Hockey League with Norfolk eventually being named head coach for the Admirals in 2014-15.

As a player, Skalde was a top NHL prospect, drafted 26th overall in the 1989 NHL draft by the New Jersey Devils. He went on to play a total of 115 games in the NHL for 8 different teams – New Jersey Devils, Anaheim Ducks, Calgary Flames, San Jose Sharks, Dallas Stars, Chicago Blackhawks, Philadelphia Flyers and the Atlanta Thrashers.

Skalde also played a total of 575 games in the American Hockey League over 11 years before spending his final three years playing in Europe and Asia. Over his playing career he won a Memorial Cup before turning pro, an IHL Turner Cup title and a Slovenian Championship in his final year as a pro.