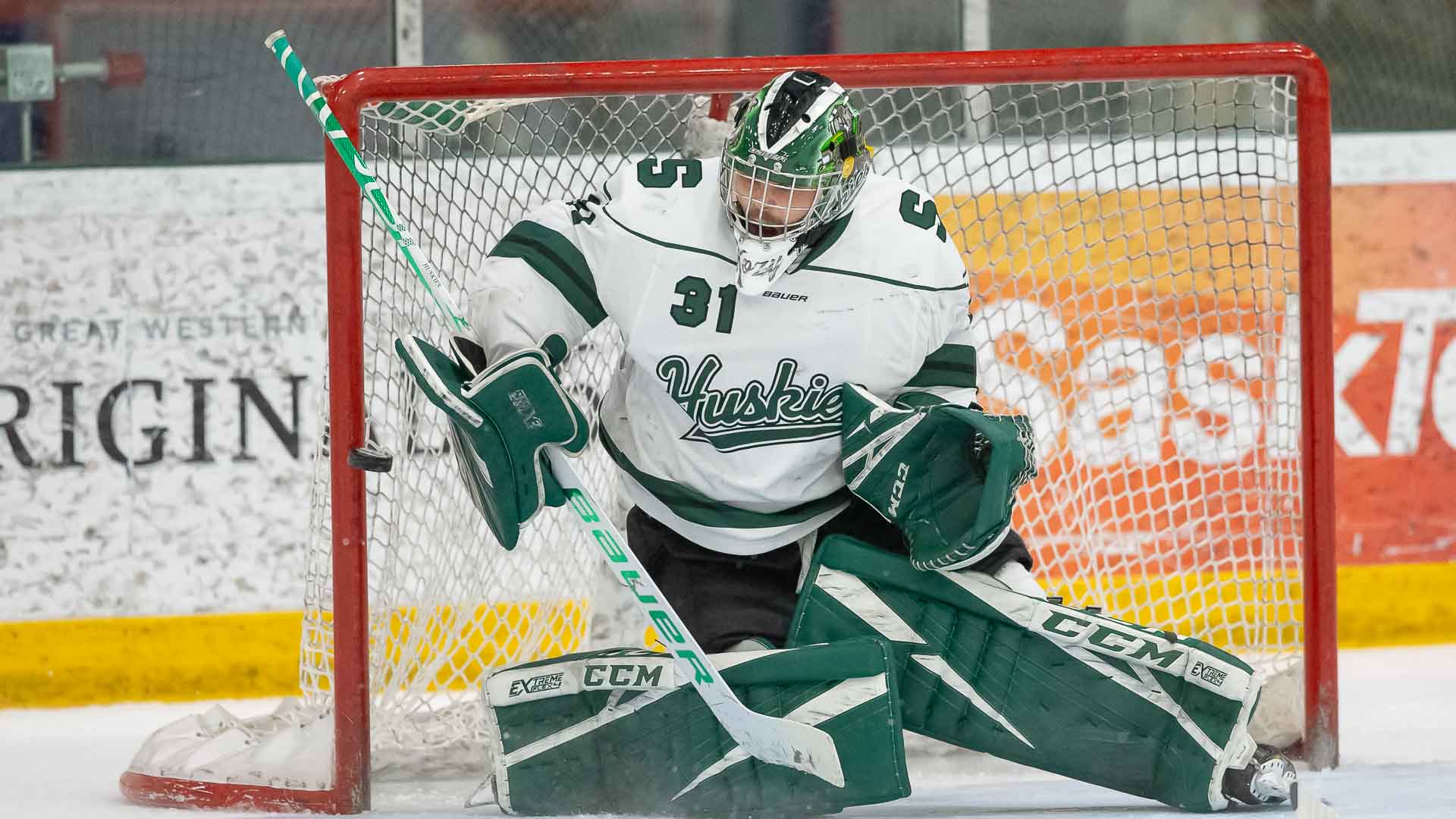 Under new coach Jarrod Skalde, the Cardiff Devils will take a new approach towards their goaltending for the forthcoming season.

The Devils have added a second goaltender to their roster as Canadian Taran Kozun becomes the side’s latest new recruit.

The 26-year-old will compete with another new import signing, American Mac Carruth, for the starting goaltender spot as Skalde begins to wield his influence on the Devils side.

Former goalie and Team GB star Ben Bowns was an ever-present starter between the pipes for the Devils when they were last in competitive action, but Skalde’s has revealed a different approach will allow for both goalies to get regular starts.

“We were always looking for two legitimate goaltenders that can compete for games,” said Skalde, following the announcement of Kozun’s signing. “I know in this league, teams rely heavily on their starting goalies and traditional backups in the EIHL don’t get much game time, but that won’t be the case for us.

“We play a lot of games over the course of eight months, and I want to have two great goalies so we are at our best every night and I expect them to compete every day for that starting position.”

Kozun arrives in Cardiff seeking stability having bounced around the ECHL last season, with multiple teams after showing promise in Canada’s USports league.

After catching Covid early in last season, Kozun found himself traded to a number of teams affected by the outbreak as he was able to provide cover and travel and play, resulting in him playing for seven different teams over the course of the campaign.

“Last year was a ridiculous situation for him, but one I can appreciate from personal experience of getting traded or sent up or down in the minor leagues,” explained Skalde.

“Taran is a great goaltender and has proven that over his Junior and University career. Just look at what he did at the USport level, he was the best in the country for 2 years.”

Prior to playing in the ECHL, Kozun was awarded league MVP in the Canadian University USports League where he starred for the University of Saskatchewan Huskies for three years.

In 2018-19, he started 23 games, going 20-3 for the Huskies while posting a 1.81 goals against average (GAA) and a 92.6% save rate (SV%). His performances earned him a selection to the All-Canadian First All-Star Team and he was named USports Goaltender of the Year for the whole country.

For the second straight season, he was named to the All Canadian First All-Star Team and named USports Goaltender of the Year. He was also selected as the USports Player of the Year.

For the first time since his appointment last October, Skalde will be given the opportunity to work with his players in a competitive environment next month.

The Cardiff Devils will compete in the invitational Tatra Cup – the second oldest ice hockey tournament in Europe (after the Spengler Cup) – against five other teams between 19th-22nd August in Poprad, Slovakia.

The competition will allow Skalde to run his eye over his new roster which still has signings to be announced.

Last week’s signing of 29-year-old American right winger Justin Crandall last seemingly puts an end to any lingering hopes amongst the Cardiff Devils fan-base of former favourite Joey Haddad returning, but there are still key forward and defensive roles to be filled.

Presuming Stephen Dixon continues to centre the second-line, there is still a void on the first-line for both a centre, to replace the departing Joey Martin, and a top-six left winger.

It remains to be seen whether Skalde will look to utilise versatile Josh Batch as a defenceman or as a forward, so it would also seem likely that another defenceman will also be added.

Possible Cardiff Devils team for next season (based on 19 players being dressed):