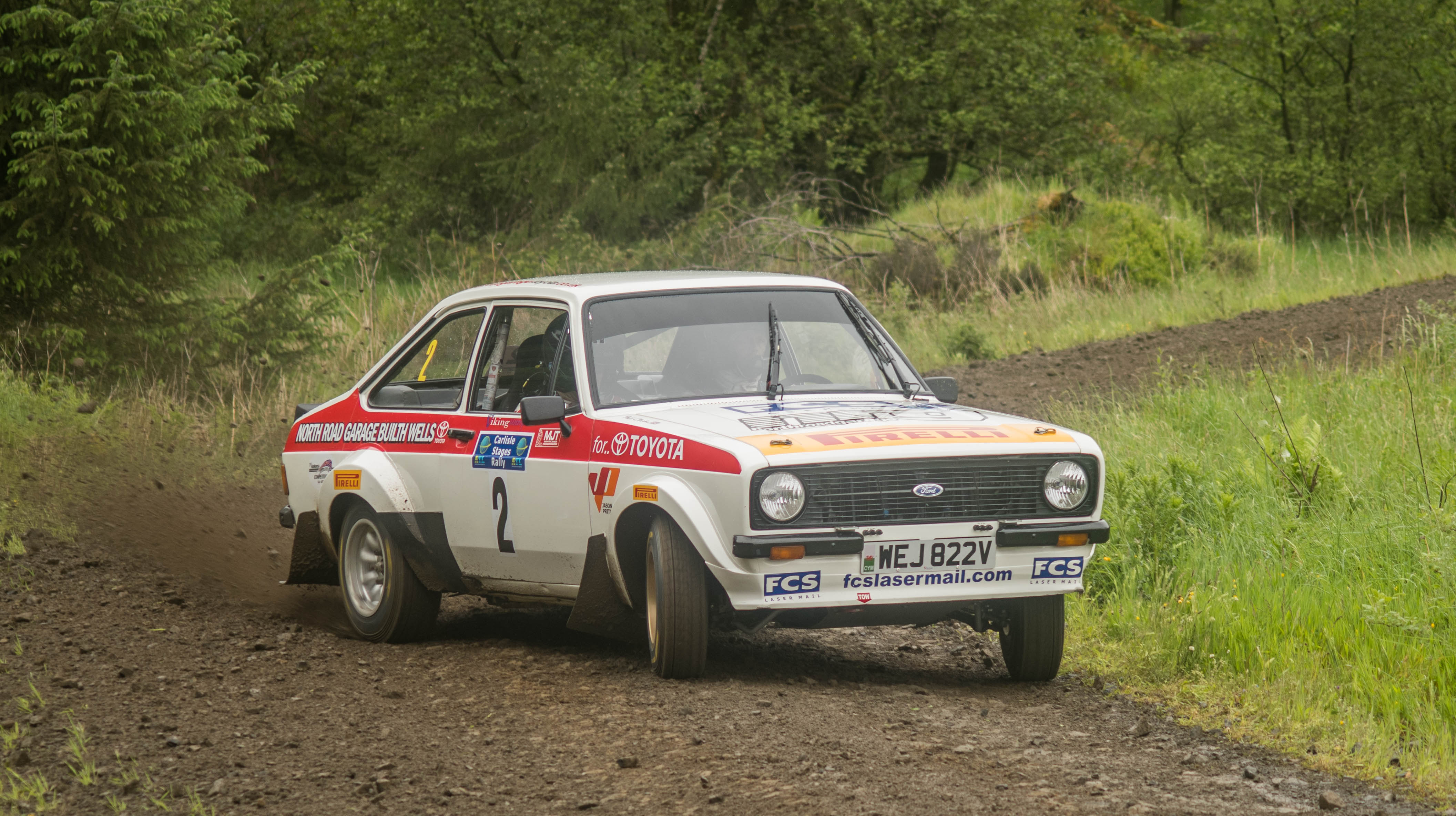 Having won the MSA British Historic Rally Championship title for a record three times in a row (2015, ’16 and ’17), this will be the first time that Pritchard has competed against the Historic crews in the Jordan Road Surfacing BTRDA Rally Series. So competitive is the Historic section this year that class leader George Lepley (Hillman Avenger) is also lying third in the overall BTRDA Series drivers’ points table!

Co-driven by Phil Clarke, Pritchard is contesting the Nicky Grist Stages as part of his on-going preparations for another attempt at this winter’s Roger Albert Clark Rally. He’s done that event twice before, and after a broken half-shaft ruined a one minute lead, the talented 31-year old driver is aiming to win the November classic for the first time this year.

Originally built in 1980, Pritchard’s RS1800 has a rich motorsport history, even in the modern era of top-flight Historic rallying. Gwyndaf Evans won the Roger Albert Clark Rally in the car in 2011, the same year Stig Blomqvist drove it to victory on the Colin McRae Historic Forest Stages Rally and then Petter Solberg drove it on a demonstration event in Norway, before Pritchard acquired it.

Technical checks on the eve of the Nicky Grist Stages will take place at North Road Garage in Llanelwedd, meaning that Pritchard won’t even have to miss any hours in work that day, as he works at the family’s Toyota dealership as Sales Manager.

“It’s great to support my local forest rally, especially as it’s coming into the centre of Builth Wells this year, and I’m really looking forward to contesting the Nicky Grist Stages for the first time,” said Pritchard. “Getting some good seat time in the Escort Mk2 is the most important thing as we prepare for the Roger Albert Clark Rally later in the year, but of course we want to be competitive, do our best and put on a good show for the spectators. I’ve never rallied against the crews in the Historic BTRDA Rally Series before, but it looks to be extremely competitive and the pace will undoubtedly be very hot. Hopefully a clean run on the Nicky Grist Stages will set us up nicely for a good performance on the Roger Albert Clark Rally – and if we can win that for the first time later in the year, it will be another box on the Bucket List ticked off!”

The hub of the event will move into the centre of Builth Wells for the first time, with the Rally Headquarters located at the stunning Strand Hall on Strand Street, the Start and Finish ceremonies in Groe Park, on the banks of the River Wye, and the Service Area situated on the Builth Wells RFC pitch, a stone’s throw away from the town’s main high street, which is full of magnificent independent cafes and shops.

Following the success of last year, competitors in the 1400, Rally First and H1/2 Historic classes will once again run first on the road in the first batch of cars in reverse order, followed by the rest of the field in a second batch, running in number order.