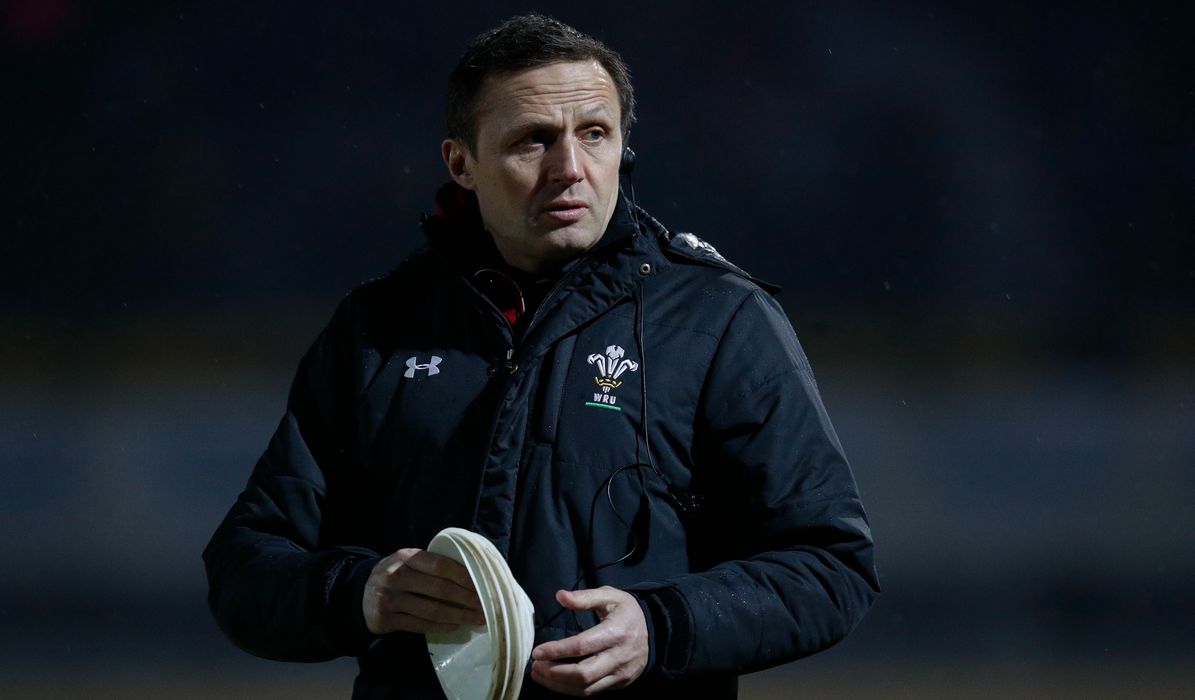 Morris believes the return of Strange to the Steelmen as head coach has made them more testing opposition for the Indigo Premiership leaders, who visit Eugene Cross Park in a match that will be live streamed on S4C Clic.

Morris and Strange were once teammates at Ebbw, but will be in opposite dug-outs for a match that will see the Black and Ambers trying to extend their unbeaten start to the campaign to five straight matches.

Newport hammered their old rivals, 48-10, when the sides last met back in November in the Premiership Cup, but Morris reckons Strange’s re-appearance – plus the appointment of former Wales back rower Geraint Lewis as forwards coach – has forced a re-assessment.

“Ebbw have struggled a little, but they have brought in some quality coaches in Geraint and Jason,” said Morris.

“I played with Jason. He is very thorough and detailed and I’m sure that’s gone into his coaching. I’m expecting him to have a big impact.

“They have had three or four weeks now to get things the way they want them. They have only had one game in that period, against Llanelli, but they won that and they have had plenty of time to prepare for us.

“We are expecting a huge challenge. It’s a Gwent derby and always a game with a physical edge and a bit of emotion.

“We won by 40 points at home the last time we played them, but we’re expecting something a lot different this time.”

The signs of improvement were evident under Strange in that 22-12 home win over Llanelli, but Morris is confident his own side’s defensive shield will be up to the task – whatever the conditions.

Newport have conceded only 58 points in those four Premiership victories and Morris reckons their hard work in bringing their defensive game up to scratch is starting to pay off.

“We have been working hard on our defence for a couple of years now. Stuart Lawrence, as defence coach, has done a great job.

“We have probably been renowned for our attack. but I wanted us to have different dimensions to our game and not just be a time that throws the ball around.

“I wanted us to have ability to win games through the mud, to defend well, and be renowned for being difficult to play against. We are really pleased with how that’s going.”

Newport will be without their injured hooker Will Griffiths, so Henry Palmer comes into the front row and will be alongside two other front row changes from the side that beat Pontypridd 36-7 a week ago.

Lewis Smout and Dan Suter replace Louis Jones and Garin Harris, while George Young comes into the back row in place of Rhys Jenkins.

If you can’t make it…

Two changes in the back line see Oli Andrew and Jon Morris comes on the wings in place of Elliot Frewen and Dafydd Smith.

It is a young side that currently lead the way in the Premiership, something which Morris believes reflects their responsibility to both the club’s future and their development role for the Dragons.

Injuries among their backs, led to outside-half Matt O’Brien being switched to inside centre, but that opened up opportunities for the likes of Will Reed at No.10.

“Will has been excellent, and with Matt outside him, it has really helped his game,” added Morris.

“My responsibility is to help develop these young academy players, and turn them into the regional players of the future.

“We are trying to develop the likes of Will Reed, Oli Andrew and George Young plenty of game time.

“That’s part of our responsibility as a Premiership club, but I suppose not all the clubs in this league are buying into that.

“That’s where we need more direction. Every club should be giving opportunities to young players and give them game time.

The Gwent Derby – live on @S4C

“We need to trust them and not be afraid to let them make errors. Then, they can step up to the regional level.

“We are working quite closely now with the Dragons. The relationship is probably the best it has been for a long, long time. We have much better communication than before.

“I have been here for seven years and we have gone about trying to get these young players to get plenty of game time.

“Ebbw Vale haven’t had as many academy players come through, but I’m sure that will change as Jason has more of an influence.”

You can watch matches live on the S4C Clic player on any smart device or computer, by going to www.s4c.cymru/clic, or by downloading the S4C Clic App; from App Store on an Apple device, or Google Play on an Android device. If you have a Smart TV or Smart TV Device (such as Amazon Fire TV Stick), you can watch the game via the S4C YouTube channel.