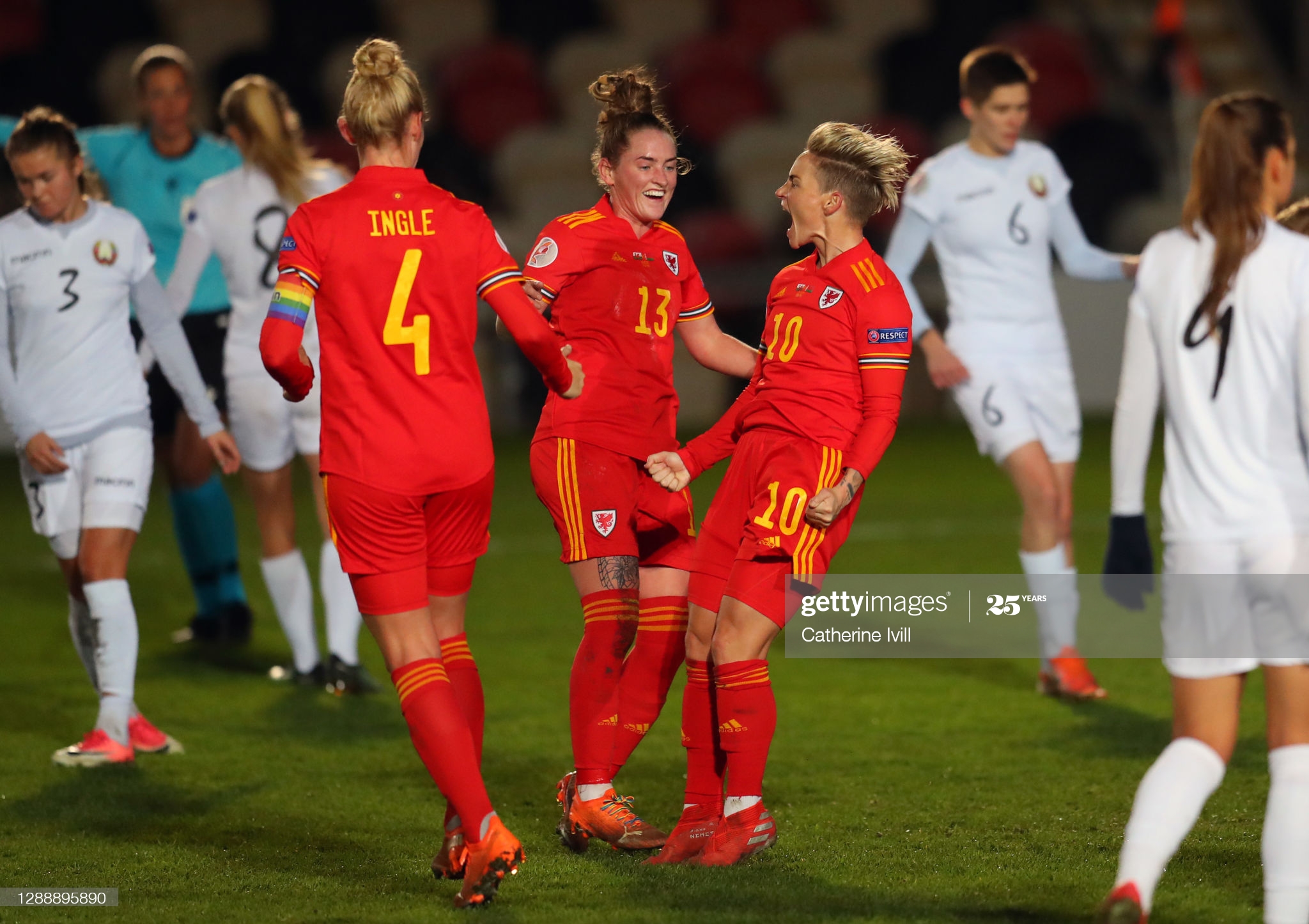 Jayne Ludlow said Wales are getting closer to qualifying for a major finals after their UEFA Women’s Euro2022 heartache was confirmed.

Natasha Harding, Rachel Rowe and Jess Fishlock all struck in an emphatic 3-0 victory over Belarus in their final qualifying game at Newport’s Rodney Parade.

But Northern Ireland’s 5-1 victory over the Faroe Islands means they will take the play-off spot as second in the group thanks to a better record in the head-to-head with Wales.

“Each campaign we are getting closer. Even points for second place this time, so we are frustrated,” admitted head coach Ludlow.

“We are getting closer to making that final step and hopefully the youngsters coming through will help us do that.”

This is the second time that Wales have come close to qualifying for their first-ever major tournament in recent years.

They missed out on the last World Cup after defeat against England in their final game.

But Wales can still take away a positive performance after scoring three goals against Belarus to act as a platform for the next qualifying campaign.

Harding scored Wales first’ after good work from Fishlock down the wings to before squaring the ball to her club and country team-mate who tapped home her 19th international goal.

Wales went close again soon after thanks to all-time capped record holder Fishlock – on loan at Reading – whose delightful cross found Ffion Morgan at the back post, but she headed it straight at the post.

But the goal of the night will undoubtedly be Rowe’s incredible effort, the Reading ace hitting the ball cleanly from the corner of the penalty area which left Belarus keeper Nataliya Voskobovich rooted to her spot.

Belarus’s only big chance of the game fell to their captain Anastasiya Scherbacheina who hit the crossbar from a free kick on the edge of the box.

The rebounded effort ricocheted off the bar and somehow managed to stay out as none of the Belarus players could put the ball in the net.

Wales added their third when Harding was fouled in the area with Fishlock marking her 120th appearance by converting the penalty for her 20th goal for her country.

But Northern Ireland – whose 2-2 draw in Newport 15 months ago proved crucial – took second behind Norway after recovering from conceding an early goal to thrash the Faroe Islands.