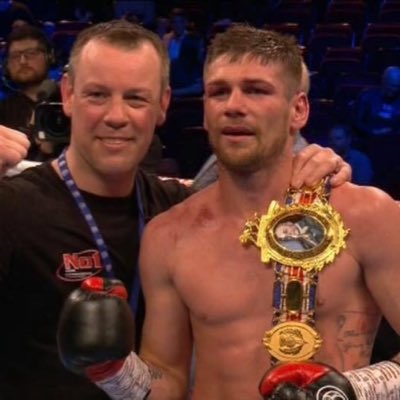 Chris Jenkins will probably have to pinch himself when he reflects on what he did on Friday night at the Royal Albert Hall in becoming only the seventh Welsh boxer to win the British welterweight title.

The 30-year-old Swansea boxer caused one of the biggest upsets of a night that saw boxing back at the Albert Hall for only the second time in 20 years with his points victory over Johnny Garton as he picked up a coveted Lonsdale Belt.

He produced the most polished performance of his career to win by a wide margin on the scorecards (ringside scores in his favour were 119-109; 116-112; 117-112) against the reigning British and IBF European champion.

In doing so the ‘Rok’n’Rolla’ from Garnant bridged a gap of 38 years as he matched fellow Swansea fighter Jones’ achievement of winning a British title fight at the famous venue. On 28 April, 1981, Jones beat Kirkland Laing for the second time to retain his British and Commonwealth belts.

He had previously beaten Richard Hose there in a non-title fight, as had Thomas when he defeated Fighting Jim on 3 June, 1980. Brian Curvis fought seven times at the Albert Hall and won them all. He won the first defence of his British and Commonwealth titles against Tony Mancici on 20 February, 1962, and then beat Tony Smith on 12 February, 1963.

His brother, Cliff, won three of his four fights at the venue, losing to Al Phillips on 2 December, 1946, while Eddie Thomas triumphed in his three non-title bouts there. Basham launched the lineage with three British and European title fights in the Twenties.

It was a case of third time lucky for Jenkins, who drew and lost a close points decision against Tyrone Nurse in super-lightweight title contests back in 2015. The British Boxing Board of Control has already order the Gary Lockett trained champion to defend his title against Liam Taylor before the end of June, with purse bids due by Wednesday, 13 March.