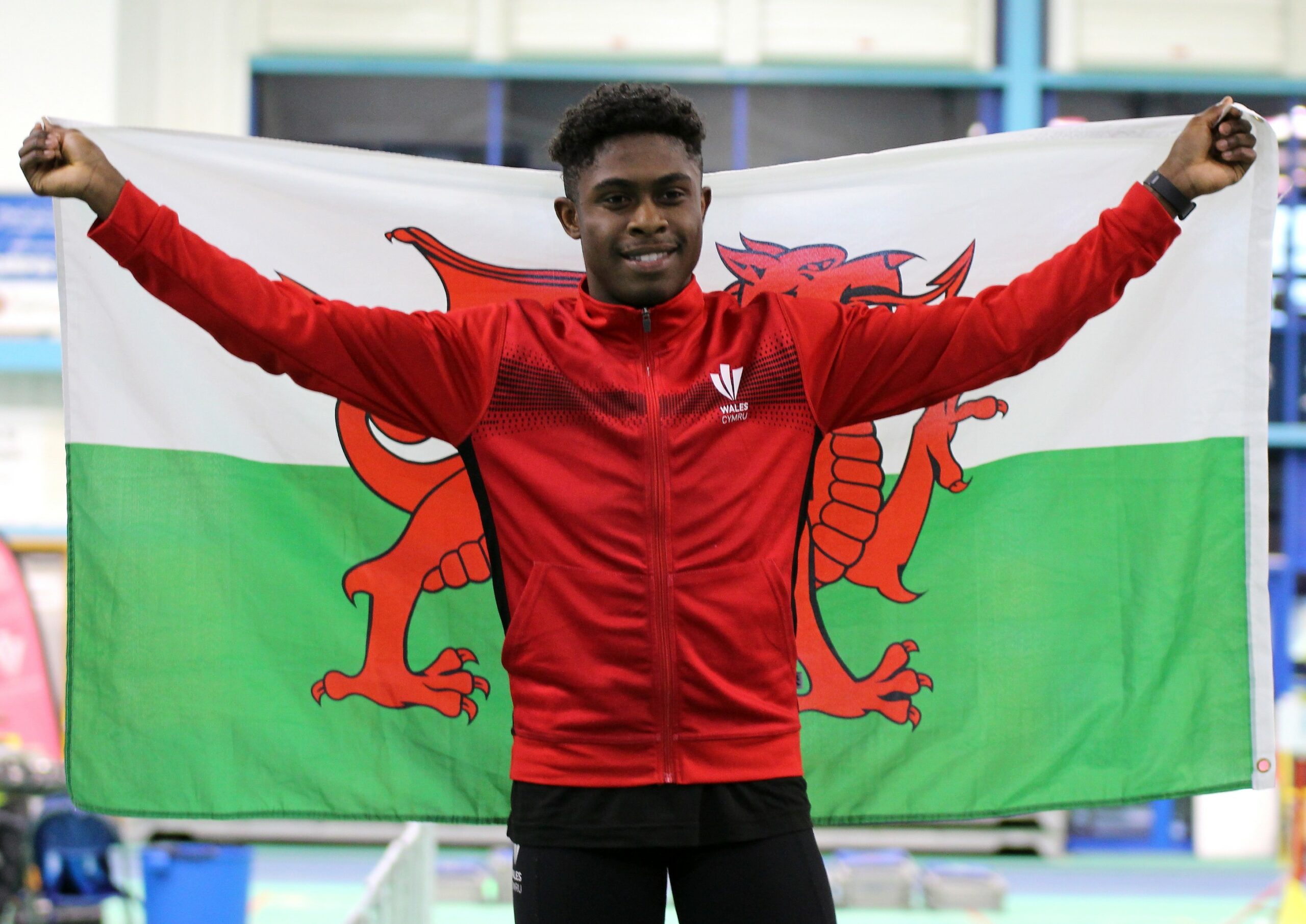 Jeremiah Azu has set his sights on returning to Birmingham’s newly refurbished Alexander Stadium in August to break the Welsh 100m record at the Commonwealth Games.

The Cardiff sprinter enjoyed a winning debut on Saturday at the new look stadium, which hosted its first major event since a £72million redevelopment ahead of this summer’s games.

Running in the men’s 100m B race at the Wanda Muller Diamond League meeting, Azu equalled his season’s best time to win in 10.19.

The European Under-23 Champion looked in excellent form as he took the win ahead of Canada’s Aaron Brown, who later in the afternoon went on to win the men’s 100m A race.

In third place was Azu’s Cardiff Athletics clubmate Sam Gordon, who clocked 10.44, ahead of an impressive field.

After the race, Azu spoke of his desire to return to the Alexander Stadium in August to represent Wales and break the national 100m record.

“I wanted to run a PB today but unfortunately the wind changed to a -0.5, so I am pleased with that today. I am in a better place than when I raced two weeks ago,” said Azu.

“I knew I could win the race and I hadn’t realised quite how close he (Aaron Brown) was behind me.

“I really want that Welsh record in this stadium if I can at the Commonwealths. I am looking forward to putting on the Welsh vest. It was good to experience the stadium ahead of the games.”

Looking ahead to next month’s British Athletics Championships in Manchester, which will incorporate the Great Britain Trials for the World Championships, Azu said: “The British Champs will be hot and I think it will take sub-10 to win it as there are so many men in great shape at the moment. Of course it may depend on the Manchester weather.”

Azu and Gordon were also in good form later in the afternoon when they were part of the Great Britain 2 squad which finished third in the 4x100m relay behind an extremely strong Canadian team and France.

Brilliant win for @Jeremiah_Azu in the Men's 100m B race at @Birmingham_DL with 10.19 and third place for @SamGordo_ well done both! pic.twitter.com/rv8co5qpN4

Another Welsh sprinter who will be hoping to return to Alexander Stadium for the Commonwealths will be Joe Brier.

And the Tokyo Olympian followed up his personal best of 45.74 last month with an impressive win in the men’s 400m B race.

Running against a quality domestic field, the Swansea Harrier looked particularly strong in the final quarter of the race as he eased away to win in 46.21, well clear of second placed Kevin Metzger.

A delighted Brier said afterwards: “It was a tough one. Today I just wanted to get the win and it was a bit windy so I’m really happy.

“My coach and I have been working on my last 120. I’m developing it, so the last 100 I just focussed on that, not thinking about anyone else around me and just drive to the line.”

🎥 Here's my TV report on @Jeremiah_Azu. A real rising star of @WelshAthletics and a @TeamWales hopeful for the Commonwealth Games.

One to watch in the Birmingham Diamond League on Saturday 👀 pic.twitter.com/hq5smcqwyx

“I’m off to Belgium next week to run in a couple of meets over there so hopefully a nice track and nice conditions it will come.”

In the women’s 100m B race there was an excellent performance by Joe’s older sister Hannah Brier (Matt Elias) who finished fifth.

The Swansea Harrier took some high quality British scalps as she clocked 11.52 behind winner Gabrielle Thomas, of the United States, who won in a time of 11.27.

Brier, who represented Wales at the 2014 Commonwealth Games, was also the lead off athlete for the Welsh women’s team which took part in the 4x100m race.

Brier, Wrexham’s Amy Odunaiya, Birchfield Harrier Mica Moore and Cardiff AC’s Issie Tustin, smoothly got the baton around in 44.85 to finish in fifth.

The race was won in a world lead of 42.29 by a Great Britain 1 team featuring Dina Asher-Smith.

Superb performances so far by the Welsh sprinters, a couple of nice scalps for @HannahBrier98 & @Jeremiah_Azu

There were two more fine Welsh performances in the men’s 3,000m steeplechase.

There was huge disappointment in the men’s 1500m where one of Wales’ Commonwealth Games hopefuls Piers Copeland was amongst the domestic favourites.

Unfortunately, the reigning British Indoor Champion was involved in a freak incident which saw him suffer a heavy fall inside the first 100m of the race.

The Pontypridd Roadent limped off the track with one of his running shoes completely shredded by a stray of spike.

Copeland who was helped away from the track with his right arm in a sling later tweeted he had broken the radius bone in his elbow.

Thanks to @Jeremiah_Azu, your family and coach @Helenpjames for letting me spend some time with you all.

Good luck for the season ahead! pic.twitter.com/ND3FpavIY7

Another athlete who will hope to be representing Wales at this summer’s Commonwealths is City of Portsmouth paralympian Olivia Breen.

The T38/F38 athlete was competing in the women’s ambulant 100m where she finished second to Tokyo Paralympics T38 100m champion in a time of 13.14.

There were also a number of excellent individual performances on Sunday at the Loughborough International where a Wales team took on the other home nations along with a National Athletics League select and Great Britain Juniors.

Both Azu and Hannah Brier ran personal bests of 20.96 and 23.39 respectively over 200m, while Gordon clocked 10.33 in winning the 100m. There was also a victory for Cardiff’s Rebecca Chapman who measured 6m in the long jump.