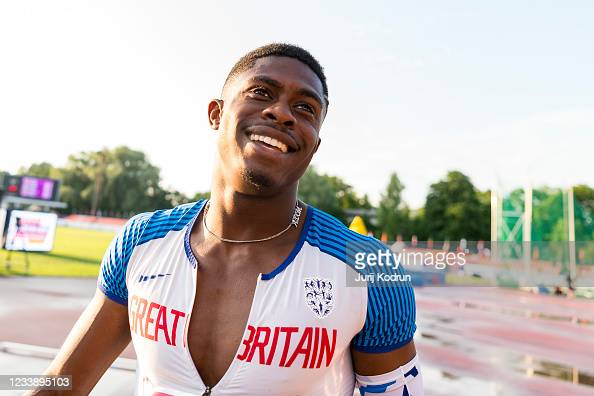 The 20-year-old shaved another 0.03 of a second off his personal best at Berlin’s Olympic Stadium on Sunday.

It now seems inevitable either Azu or another of Wales’ current crop of speed merchants will eclipse Malcolm’s record between now and the end of next year’s Commonwealth Games in Birmingham.

Always a pleasure running with these guys & happy to get the win. We still have a goal yet to achieve but were on the right track & its only a matter of time. Again, God is good ❤️ @DewiHammond @SamGordo_ @Jeremiah_Azu @ArronRayOwen @mattelias400h pic.twitter.com/lqiyUDtaVZ

American Marvin Bracy took the win in 9.95, with Azu finishing second ahead of Germany’s Julian Wagner.

This season Azu has lowered his personal best from 10.27 to 10.16, won gold at the European Under-23 Championships and become Welsh 100m champion for the first time.

The Helen James-coached athlete is the fastest of five leading Welsh male sprinters who have lowered their PBs during this season, which is now drawing to a close.

The current Welsh men’s relay squad is also chasing down the all-time 4x100m record of 38.73 set by Malcolm, Doug Turner, James Henthorn and Kevin Williams when the finished fourth at the 1998 Kuala Lumpur Commonwealth Games.