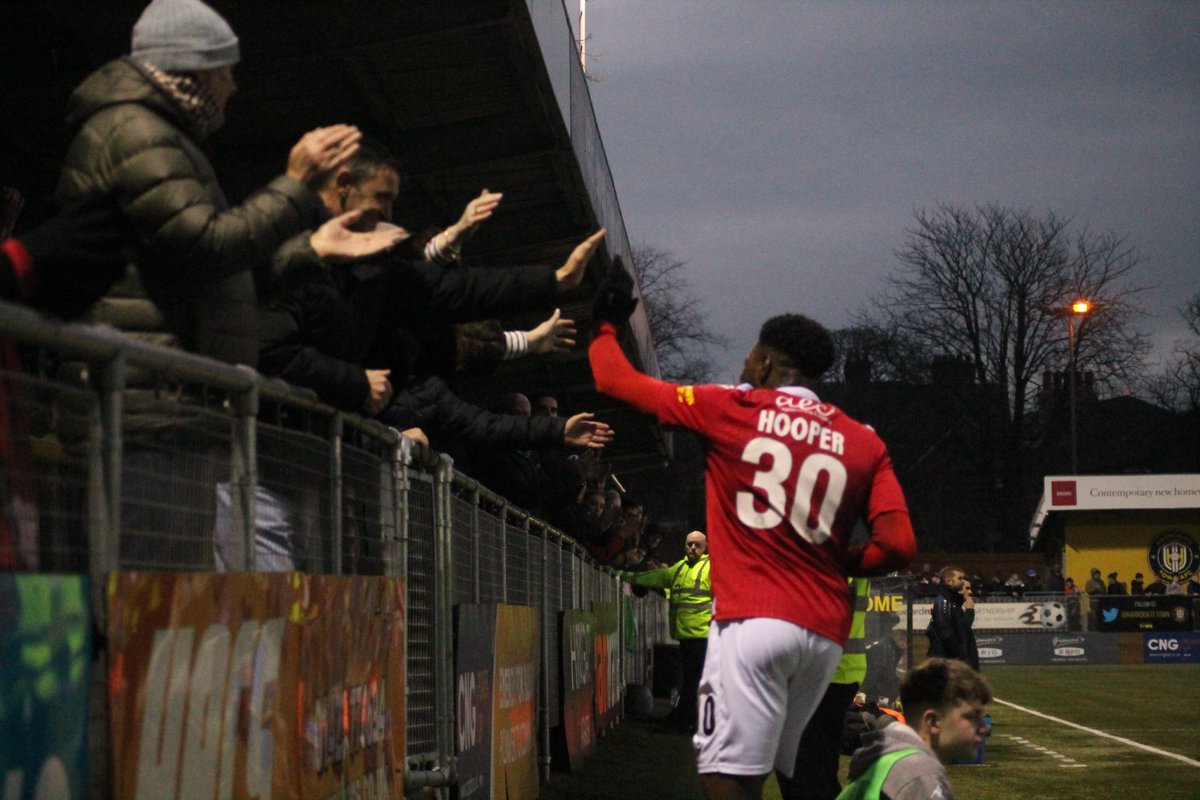 Manager Dean Keates and his team inflicted damage on Harrogate hopes of earn promotion from Vanarama National League football and can be delighted with their performance.

“To a man the players were outstanding,” said Keates. “Harrogate are in a good place, absolutely flying. Fair play to our lads because we stood up to the pressure.

“We’ve earned two great results in two matches and our home game against Dagenham on Saturday is massive.

“JJ [Hooper] was immense, set the tone for the team and earned his reward.

“Our away support was, as always, unbelievable.”

Wrexham have collected 12 points from the last 18 on offer, winning four of six fixtures. They have scored 11 goals in that run, conceded five and kept three clean sheets.”

Jennings scored from a free-kick, firing over the defensive wall and into the top corner from 22 yards.

“The wall moved a little bit and I fancied it because I hit a similar free-kick past Dibbs (Christian Dibble) in training. Summers let me take it and thankfully it went in.”

Wrexham earned victory in a hard-fought match which was full of gold football on the 3G playing surface.

More than 600 Wrexham fans were at Wetherby Stadium and were delighted to see James curl his free-kick past goalkeeper James Belshaw, who was at full stretch but could not get a hand to the ball, and Hooper.

The second goal was scored after 73 minutes when Keillor-Dunn slipped a pass through from just inside Harrogate’s half for Hooper, who was faced by three defenders.

He outwitted all of them before firing home from the edge of the penalty area.

Harrogate’s attack is led by former Blackburn Rovers and Huddersfield Town striker Jon Stead, a 36-year-old Yorkshire who has netted more than 160 goals during his playing career.

Stead, though, could not find a way through Wrexham’s organised and composed defence, who gave goalkeeper Rob Lainton the chance to keep a satisfying clean sheet.

Wrexham are now 16th in the National League table, four point clear of the relegation zone.