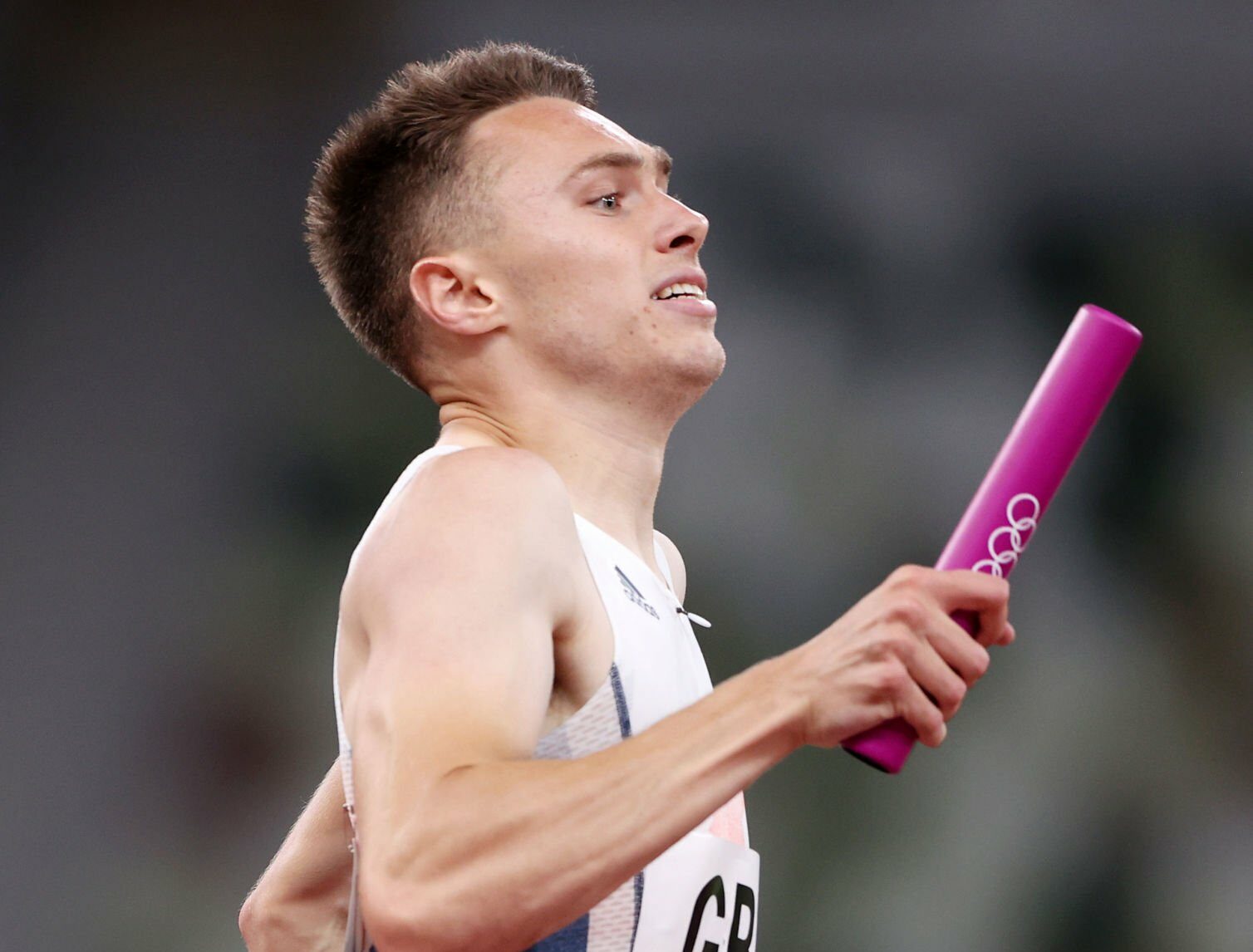 Joe Brier says the time for developing is over. Now it’s time to deliver on the big stage.

The Welsh 400m runner was speaking after competing at his first World Athletics Championships in Oregon.

The Swansea Harrier gave the Great Britain Mixed Relay squad a brilliant start running the first leg in a high quality first round heat on the opening day of the championships.

Leading out in the notoriously difficult lane eight, Brier ran a split of 45.48 before handing over to Zoey Clark with the GB team in third place against the likes of the USA, Poland and the Netherlands.

The Tokyo Olympian’s time was actually faster than his individual 400m personal best of 45.56.

Unfortunately, GB slipped back through the placings despite brave runs by Clarke (51.49), Alex Haydock-Wilson (47.09) and Laviai Nielsen (50.69), eventually finishing outside the qualifying places in a time of 3:14.75.

Great experience leading off the mixed 4×4 at Hayward Field @WCHoregon22 lots to take away from it, excited for my next race @birminghamcg22 for @TeamWales 🏴󠁧󠁢󠁷󠁬󠁳󠁿 pic.twitter.com/PEYsmXHyXP

Brier said afterwards: “I was stuck out in lane eight and had some of the fastest guys in the world on the outside of me but it didn’t faze me at all.

“Once you zone in, you just focus on your own race. I just wanted to hand over in the top three.

“I know everyone in the team gave it their all, and that’s all you can ask for at the end of the day. It is a young team – me and Alex have been racing each other since we were 15.

“But I don’t want to be developing any more. I went to the Olympics last year and I am going to the Commonwealths this year.

“I don’t just want to be here; I want to perform here. I want to be making finals and winning medals. I know we’ve got an exciting future ahead.”

Another Welsh athlete competing on the first day of the championships was 1500m star Melissa Courtney-Bryant.

The Poole AC athlete, who has battled back after long-term injury to be the selected for the World Championships, also missed out on a final place finishing 11th in her heat in a time of 4:09.07.

Not to be for Melissa Courtney-Bryant.

In the men’s marathon, high temperatures and a leg injury suffered in the run up to the championships hampered Josh Griffiths’ second World Championships appearance.

However, the Swansea Harrier, battled on to finish in 49th position overall and the ninth European athlete home, as Tamirat Tola, of Ethiopia took the gold in a championship record of 2:05:36.

Griffiths, who also competed at the London Championships in 2017, said: “I still don’t think it was my best race but given the issues that I had, I’m fairly happy with how it went but I need a bit more time to digest and look at the result in a bit more depth.

“I’m happy to make it to the end and feeling a bit tired at the moment, but once I get back I’ll have a better look at things.

“This is my 11th marathon so experience helped me a lot today, now if this was one of my first marathons I think my head might have gone a little bit when I wasn’t feeling so good, especially when my legs started to fatigue in the second half so you know, very happy to make it to the end given the issues.

“But again, it’s just a massive honour to represent Great Britain and hopefully I can make it back here one day again.”

The fourth Welsh Athlete taking part in the championships – Jeremiah Azu – is part of GB’s 4x400m squad which will be competing next Saturday, July 23.

Azu is in scintillating form having won the UK 100m title last month in a super fast time of 9.90 and was unlucky not to gain an individual spot on the team due to the wind reading in that race being just over the legal limit.

Back in the UK, Aled Davies smashed his own F42 discus world record competing as a guest at the England Athletics Under-23 and Under-20 Championships in Bedford at the weekend.

The multiple world, European and Paralympic champion beat his previous best record of 54.14m with a brilliant effort of 56.21m.

Davies is now aiming to replicate that kind of form at the Commonwealth Games in Birmingham next month where he is aiming for gold after claiming silver at the Glasgow Games in 2014.