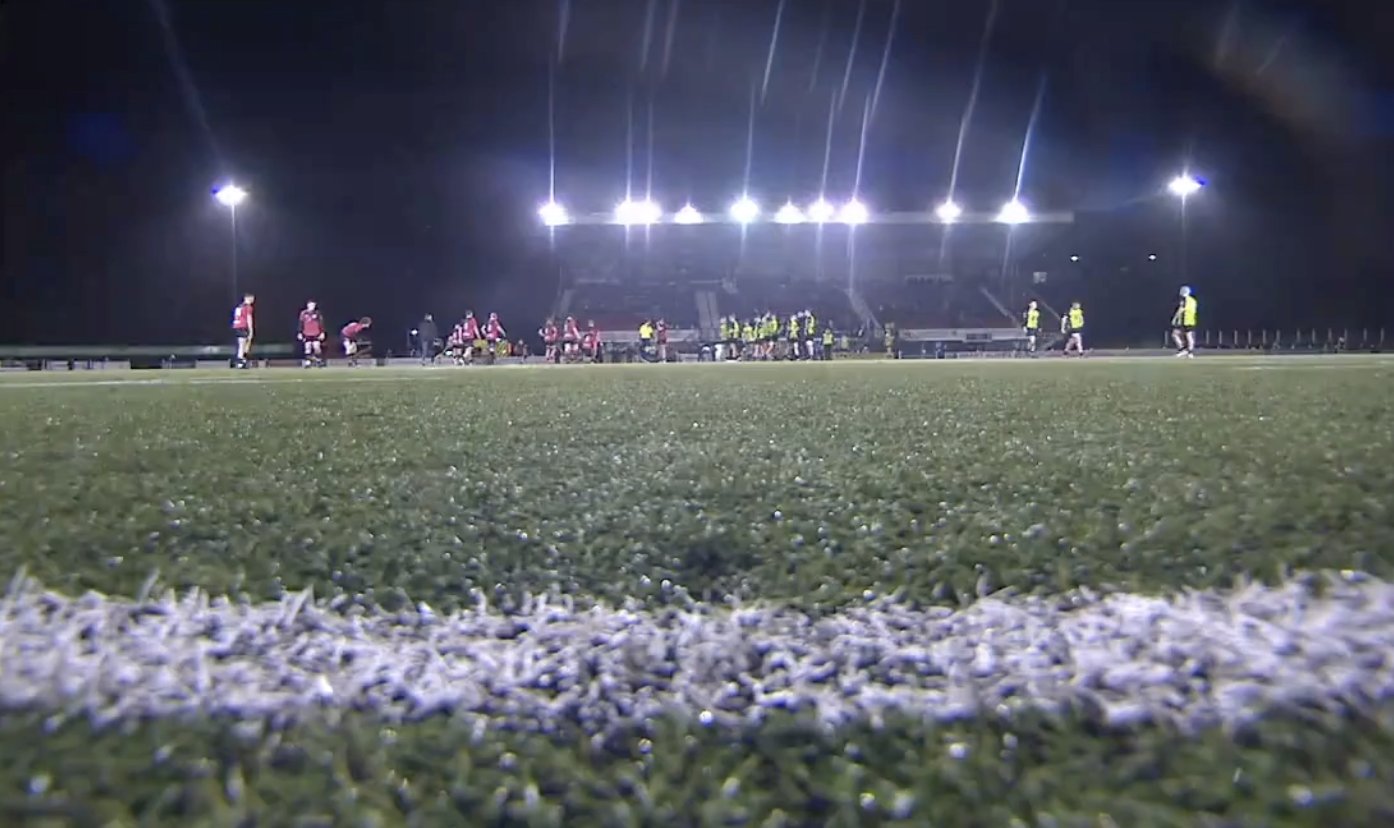 A resolute defence enabled Joe Westwood to become the hero as Coleg Gwent secured a famous 11-8 victory over Coleg Y Cymoedd to win the Welsh Schools and Colleges League final.

With Coleg Gwent trailing with six minutes to go, up stepped Westwood with a terrific penalty from 45 metres before sealing the title with a well-taken drop goal in difficult conditions at Sardis Road.

Defending champions Coleg Y Cymoedd dominated most of the game but couldn’t turn territory and possession into points.

Cymoedd controlled the first quarter of the game as they built pressure on the opposition try line.

A last-ditch tackle from Joe Cowell kept them at bay but they took an early lead with a straightforward penalty from Tyler Morris.

Congratulations to @coleggwent on winning the WRU National Schools and Colleges League Final, but credit to @ColegyCymoedd for playing their part in a great final played in poor conditions 👏👏. Pics for @HuwEvansAgency and @WelshRugbyUnion pic.twitter.com/Z4TGze6pd1

They came close to scoring for a second time when Ryan Jenkins broke through the Coleg Gwent defence before galloping up to the 22. But he was eventually stopped in his tracks and the ball was turned over.

For all Cymoedd’s pressure, Coleg Gwent levelled the scores through the boot of Westwood.

Coleg Y Cymoedd stuck at the stroke of half-time when wing Cavan Davies took a high ball before showing terrific pace to run in unopposed from 50 metres out. Morris missed a very difficult conversion from the touchline but Coleg Y Cymoedd led 8-3 at the interval.

But Coleg Gwent reminded the defending champions they were still in the game with a scything 45 metres run from full back Dylan Edwards.

The full-back chipped ahead and Cymoedd were forced to give away a five-metre scrum. And after a period of sustained pressure giant second-row Joe Peard powered his way over from short range after a well-worked driving line-out to level the scores.

Momentum was now on Coleg Gwent’s side and Westwood kicked a magnificent penalty from 40 metres out to put his side into the lead.

And just two minutes later Westwood put his side further ahead with a difficult drop goal from 35 metres out to put his side six points ahead.

In what was a dramatic finish, Coleg Y Cymoedd threw the kitchen sink at Gwent and came mightily close to defending their crown when they were held up over the line.

After a period of severe pressure, a magnificent defensive set from Coleg Gwent forced Cymoedd to spill the ball forward which signalled a famous victory for Gwent.