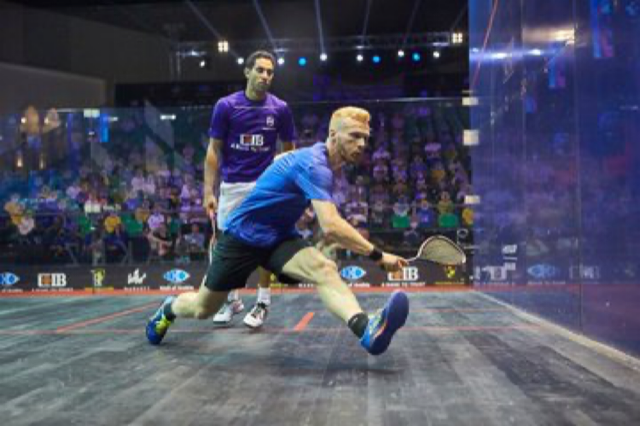 Joel Makin refused to bow out without a fight in a mammoth third game in Cairo.

The Haverfordwest-born player had beaten the reigning world champion three times in their last four meetings.

Makin had come through an 80-minute battle to see off Yorkshire’s James Willstrop in the second round.

But those efforts could have taken a toll as Momen took control from the start against Wales’ world No 9.

After taking the opening game, the home favourite romped through the second in just nine minutes.

Makin refused to go bow out quietly having game balls in the third and also saving a couple of match balls.

But Momen eventually took it 16-14 after 26 minutes to seal his place in the semi-finals which will be an all-Egyptian affair.

“I honestly thought I was going to get an easy win,” said Momen. “I think I played some of the best squash I have had all season.

“At 7-4 up in the third I knew he had the potential and ability to come back.

“I was trying to close it out but he turned on a second engine and he picked up everything I was throwing at him and forced me into a few mistakes.