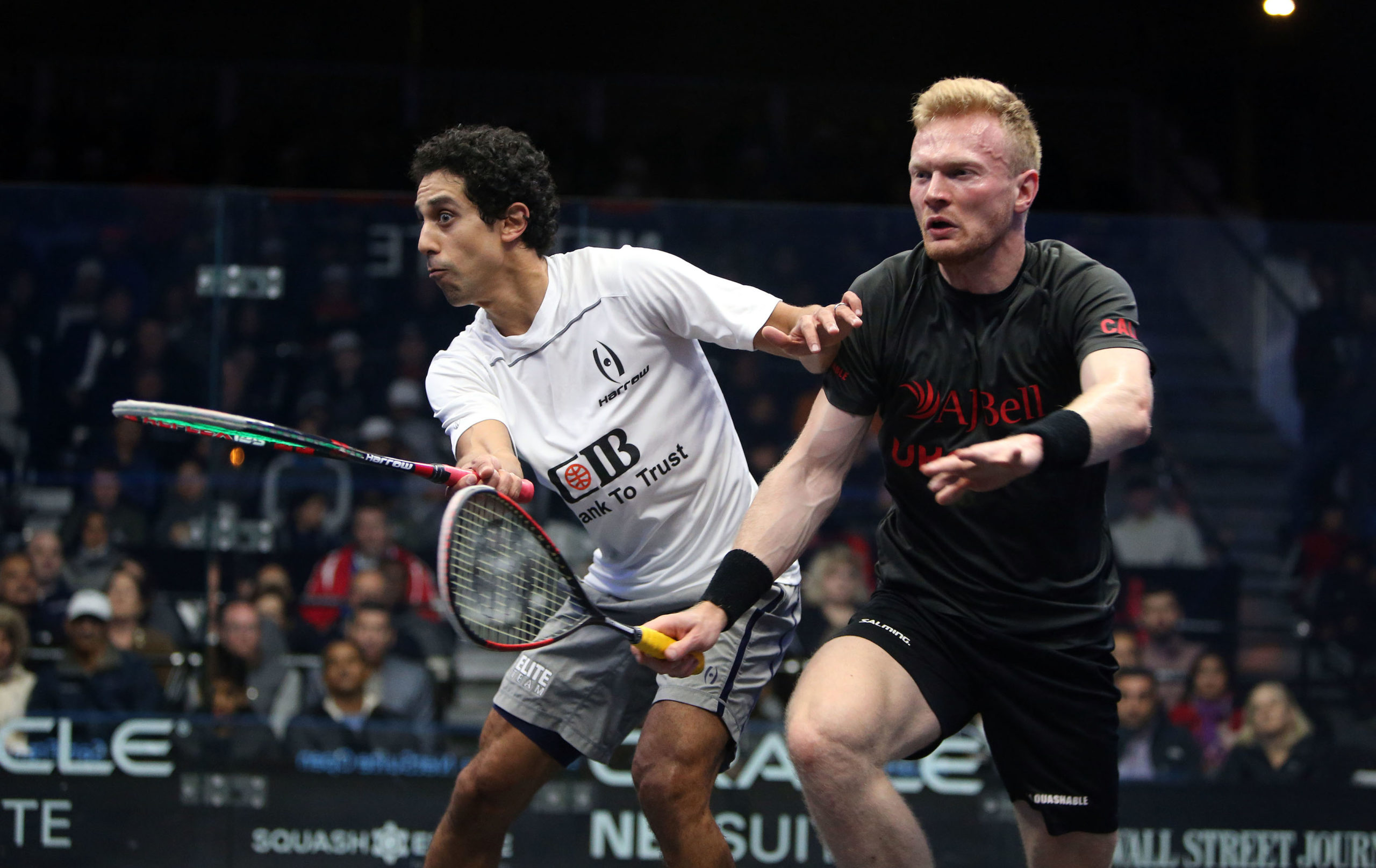 Joel Makin saw his title hopes at the El Gouna International Open in Egypt ended despite a superb comeback – in a game that was halted due to humidity and switched to a different court.

Makin took the first point against the Egyptian on the glass court at the Gouna Cultural and Conference Centre before the match was suspended due to the extreme humidity.

One point on the glass court, the rest of the match at the Gouna Squash Centre, it's 2016 champion @MoElshorbagy through to the semis …

It was well over an hour before the match resumed – but it had been switched to the Gouna Squash Centre while a women’s quarter-final took place on the glass court.

Tournament favourite ElShorbagy was quickest to find his rhythm as he took the first game – though it went to a tie break before he added the second.

But Birmingham-based Makin, who had not lost a game in his two previous matches, hit back by taking the next two games to set up the decider.

Makin, who had reached the quarter-finals of a major tournament for the fourth time in a row, was unable to progress to the semis as his rival took an early lead in the final game before taking it 11-7.