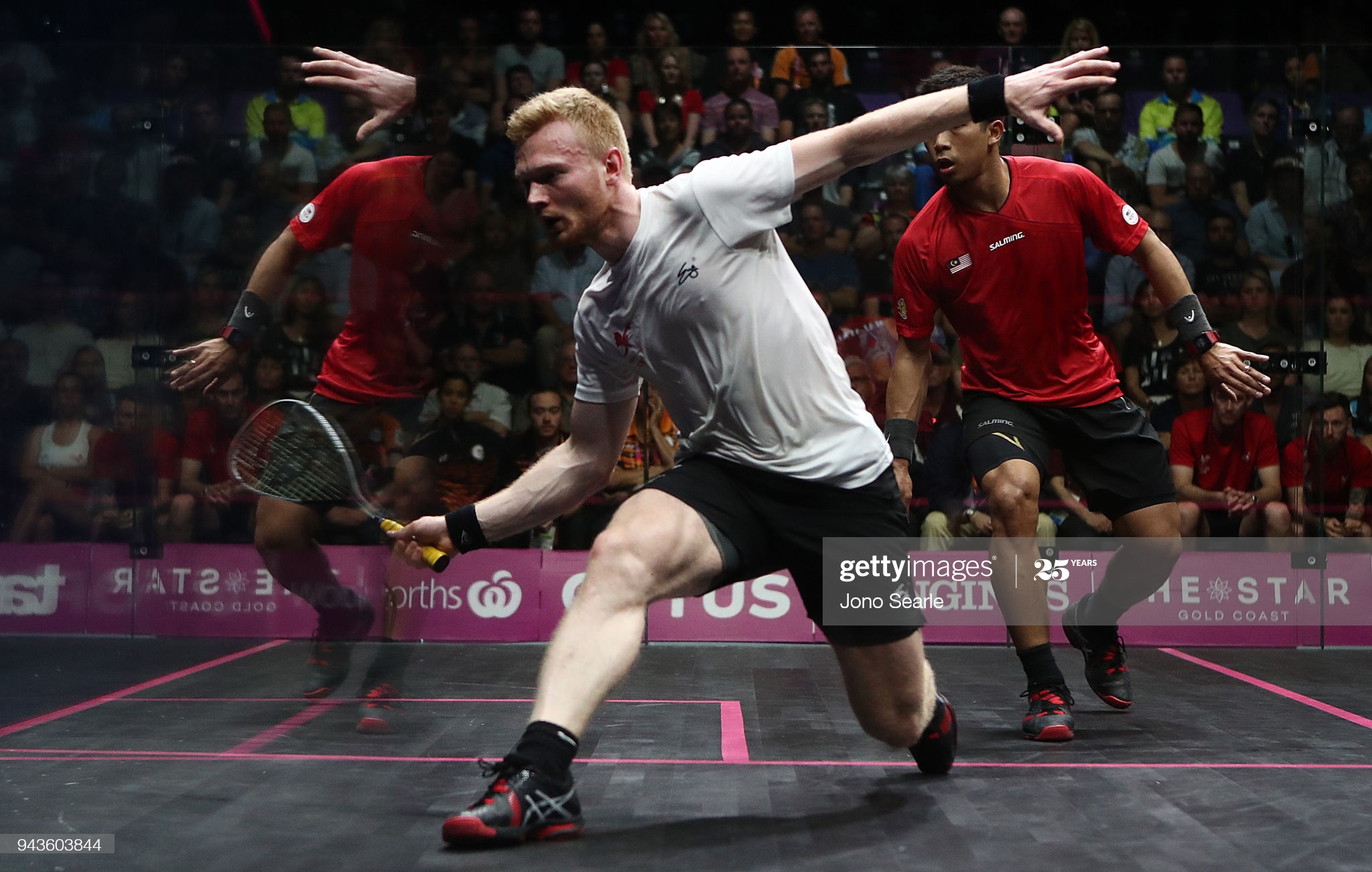 Joel Makin will fly to Egypt next month, home of five of the world’s top six male squash players, to compete in the Black Ball Open. It will be the final tournament of what has been a peculiar but breakthrough year for Makin, Wales’ No.1, as he told Graham Thomas.

Joel Makin insists his answer to how he has broken into the world’s top 10 squash players is “rather boring”.

“Basically, it’s just been hard work,” he says. “It sounds rather boring, but it’s as simple as that.

“It takes a long time to get good and you have to hit thousands and thousands of balls.

“It’s about getting really fit, getting your body right and hardened to all the training, and working all the time on your own technique.

“It’s about learning the playing styles of the other guys and how to counter them, and about believing in yourself. It’s a long road.”

It has certainly been that for the 26-year-old Welsh No.1 – beginning in Haverfordwest, via Aberdare, then the leafy suburbs of Birmingham, before flying around the world learning a craft that has taken longer because he began later than most.

More recently, being an elite squash player in a global pandemic means sitting alone in hotel rooms, having your meals brought to your room on a tray outside the door, and wondering whether your inability to practice might cost you dearly when you actually get on court.

Perhaps the strangeness of the circumstances in 2020 have helped Makin become even more single-minded in his pursuit of a place at the top of the global game.

It was earlier this year that he moved from No.12 in the world rankings to No.10 – the first Welshman to break into that elite company since David Evans managed it back in 2002.

It mirrored the breakthrough two years ago by Wales’ leading female player Tesni Evans, before Makin went up a place to No.9, then fell back to 10.

Confirmation of his rising status was first confirmed in 2018, just a year after he had broken into the top 50, when he spectacularly beat world No.1 Mohamed Elshorbagy at a tour event in England.

More recently, he has beaten Paul Coll and Tarek Momen – both ranked in the world’s top five – before he lost to Momen after reaching the quarter-finals of October’s Qatar Classic in Doha.

He also reached the semi-finals of the World Tour Finals in Egypt before losing to Karim Abdel Gawad, the world No.4.

Regularly reaching the quarter-finals of the top tournaments and going further, is now the next step on the Makin tick list – not least as it would give him more straightforward matches in the opening rounds.

“I’m still adjusting to the very top level, because I’ve not been here anywhere near as long as most of those guys,” says Makin.

“A lot of them were winning World Juniors and British Junior Opens, but I was nowhere near that level when I was 18, 19, 20 years old.

“I was still only ranked 100 in the world four years ago and so it’s taken me a long time to put everything together. Some of the guys in the top 10 now were incredible players when they were 13 years old.

“I started playing squash at about 12 years old – a lot later than most of the guys in the top 10 now – but I didn’t get to a half decent level until I was about 16.

“As a kid, I was always in the gym, always running and doing other sports, but squash wasn’t really my focus. A lot of the Egyptian guys started playing as small kids and by 16 it was their focus to be the best in the world.

“I wasn’t on the same path. I was enjoying my squash, but I was looking ahead to going to university. Where I was growing up in Aberdare, you just weren’t around people who thought you might become a top, elite level squash player.”

All the more remarkable then, that Makin – like Evans – is now mixing it with the ultra-dominant Egyptians who emerge from a squash-crazy culture in Cairo, where tens of thousands of kids play and train within a city population of over 20 million.

“You see every court full until 9pm at night with hundreds of kids at a single club, running around, hitting the ball really hard and getting one-to-one coaching. It’s amazing.

“In the UK, we are not coming from that system. The depth isn’t there. I’m not saying you can’t compete with them if you’re from the UK – you can – but it takes longer and it takes a lot of work.

“A lot of us seem to get better as we get older, so there’s hope we can bridge the gap.”

Makin’s own squash heroes as a youngster were Peter Nicol, the Scottish-born former world number one, and Australia’s David Palmer.

“I enjoyed their fitness and their physicality – the wearing down of opponents over time. That’s what drew me to the sport, initially.

“We are not all blessed with incredible shots, or massive physique and reach, so we have to find a different way.

“That’s my game, although I know I’ve still got plenty to work on.”

Next work on court for Makin, will be another trip to Egypt and the tour’s Black Ball Open which starts in Cairo on December 13.

He aims to end the year on another high.