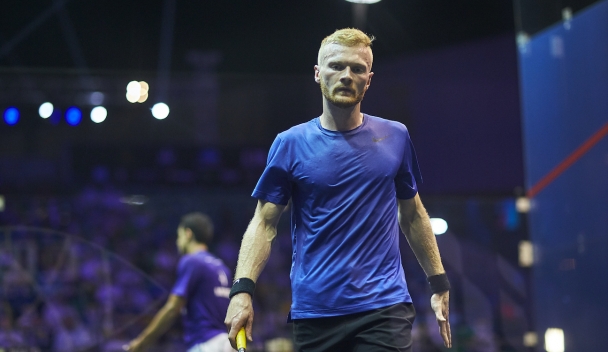 Makin had reached a career-high ninth in the world in the latest rankings and celebrated by seeing off the New Zealander, ranked five places above him.

Makin, seeded seven for the event, will face fourth seed Karim Abdel Gawad in his semi-final at the Mall of Arabia on Friday.

🗣 We caught up with @JoelMakin after the Welshman booked his place in the semi-finals of the CIB PSA World Tour Finals for the first time 🎥#SquashIsBack #WorldTourFinals pic.twitter.com/90bovOqKHS

British No I Maki has now beaten the two men who contested the World Championships having beaten reigning champ Tarek Momen of Egpyt in his opening group game.

After losing to Marwen ElShorbagy in his second group game on Wednesday, Makin had to beat the Kiwi to progress to the last four.

But he produced one of the performances of his career to beat Coll in convincing fashion.