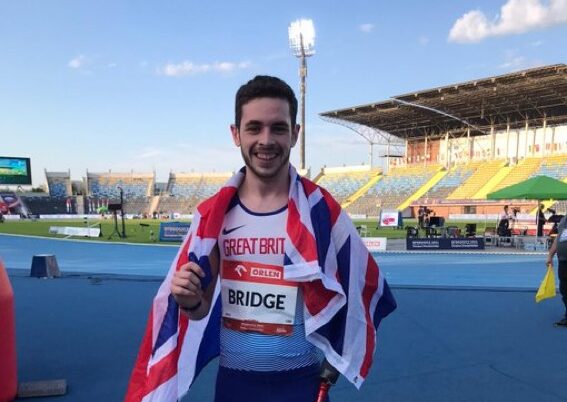 John Bridge blasted his way to a brilliant silver medal on his Great Britain debut at the European Para Athletics Championships in Poland on Thursday evening.

The Caerphilly athlete clocked a huge new personal best of 50.75 in the T47 400m final as he took more than a second off his previous fastest time.

The 21-year-old led for much of the race and was still in pole position as he entered the home straight.

But Serbia’s Ivan Cvetkovic eventually overhauled the Welshman in the closing stages to take gold in 50.63.

A delighted Bridge said afterwards: “I am so happy, I didn’t expect that. I thought I’d got third place!

“I haven’t felt that much lactic in my legs for a long time, I can feel it now. I was trying to push harder when the Serbian went passed me, I don’t remember much of the last few metres.

“I’m so happy to win the silver medal, I can’t believe it. It will be so amazing to get that medal. I am so happy right now. I will love every second of it.”

Bridge was one of seven British medallists on the day which brings the team’s haul to six golds, six silvers and seven bronze medals to date.

All the action from Poland is being live streamed on the Channel 4 Para Sport website.