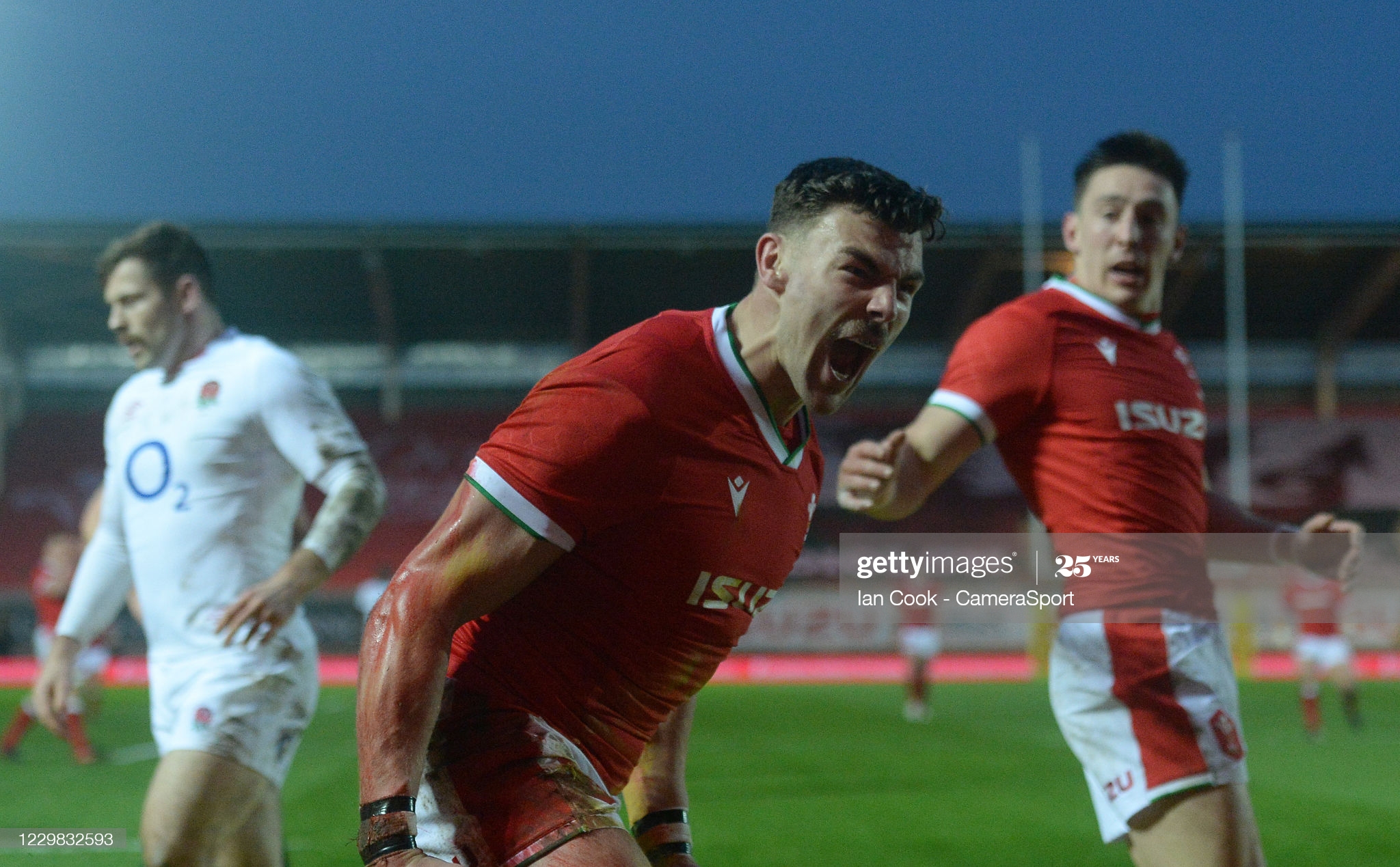 Wales try-scorer Johnny Williams has told fans not to go nuts but stay patient as they rebuild under head coach Wayne Pivac.

The Scarlets centre impressed in only his second Test match appearance in the 24-13 defeat to England at Parc y Scarlets.

But Williams insisted that Wales – who have lost seven of the nine matches of Pivac’s reign – will keep moving forward as they look to the 2023 Rugby World Cup.

“I know fans have been going nuts and stuff, but just keep your patience with us. We will keep building,” Williams said.

“We are building for 2023 and there is definitely a good mix of youth and experience. We are just going to get better and better.

“It was a big improvement (against England). We have made up a lot of ground, and we will keep moving forward.

“We were ready for that physical battle, and I think we were physical ourselves. Of course we are not happy with the scoreline, but we are happy with how we are building.”

Wales end the Autumn Nations Cup tournament with a play-off game against Italy next weekend – then have just nine weeks to an opening Guinness Six Nations clash with Ireland.

Williams looks certain to be part of Pivac’s after his display just 10 months after he returned to professional rugby following a testicular cancer diagnosis and subsequent chemotherapy treatment.

“I have come a long way in the past 18 months, and I can look back with pride,” Williams added.

“If you had told me at the time that in 18 months I would be starting against England and getting my first try, I wouldn’t have believed you. I am grateful for that.

“Imagine if there had been 80,000 at the Principality Stadium going mad, but it was still surreal knowing that my family were celebrating at home and going mad.”

Pivac will be hoping Wales can repeat their Six Nations victory over Italy and give him a much-needed fourth win of his reign since succeeding Warren Gatland.

But then they will head into a testing Six Nations campaign with the jury still out on whether his future as Wales’ head coach is for the long-term.

The Kiwi said: “We are learning about the guys that are available, but there were five British and Irish Lions unavailable (against England), and a number of other players that have been at the forefront of the selectors’ minds that are unavailable.

“Regardless of the team that we put out (against Italy), we want to finish on a high and get a result. We want to keep improving.

“I sound like a broken record, but we are looking at this (Nations Cup) series as an opportunity and to look at the depth of the squad going forward.

“We know that there will have to be change, and some of that is happening at the moment.

“We just need to keep working very hard as a group and believe in what we are doing. That’s what it takes – more time and hard work.

“Eddie (England head coach Eddie Jones) and I had a good chat before the game. Coaches understand what coaches go through.

“It was a good conversation. They have been building for a long time and they are a great side at the moment. We want to be a great side in 2023.”