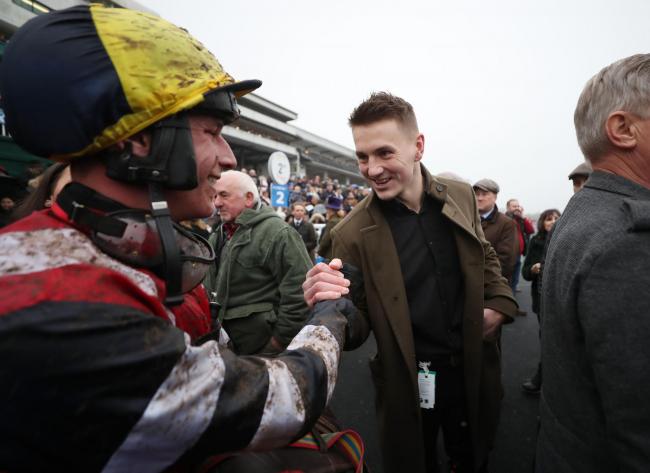 Davies and All Stars Sports Racing won the National Hunt Owners’ award as owners of Coral Welsh Grand National winner Potters Corner – the first winner of the race owned and trained in Wales since 1965.

Williams was named National Hunt Trainer of the Year for 2020, while stable jockey Adam Wedge was chosen as Jump Jockey of the Year, having won the first two Grade 1 races of his career, including the Stayers’ Hurdle on Lisnagar Oscar.

David Probert was Flat Jockey of the Year, having rode 81 winners in the truncated season, including his 1,000th British winner in June.

Flat Trainer of the Year was picked up by David Evans, while Guy and Huw Leach were winners of the Flat Owner of the Year award as co-owners of Pyledriver, which won the King Edward VII Stakes at Royal Ascot and the Great Voltigeur at York before finishing a close third in the St Leger.

The Horse of the Year awards went to Pyledriver as the leading flat horse; Lisnagar Oscar as the top hurdler; and Potters Corner as the champion steeplechaser.

“It’s very nice to get any type of recognition,” Williams, who is based in the Vale of Glamorgan, told the Racing Post.

“As an industry in Wales we’ve got to keep pushing forward. There are lots of little stories emerging from Wales again this year, some trainers who have upped the ante, and it’s always good to see competition coming through because that’s what you need to keep anything strong.”

The Lifetime Achievement award was given to Brian Lee, the popular journalist and author who has written passionately about Welsh racing for over 50 years and is still writing for the local newspapers at the age of 84.

His books The Welsh Grand National and Racing Rogues: The Scams, Scandals and Gambles of Horse Racing in Wales are musts for anyone interested in the sport.