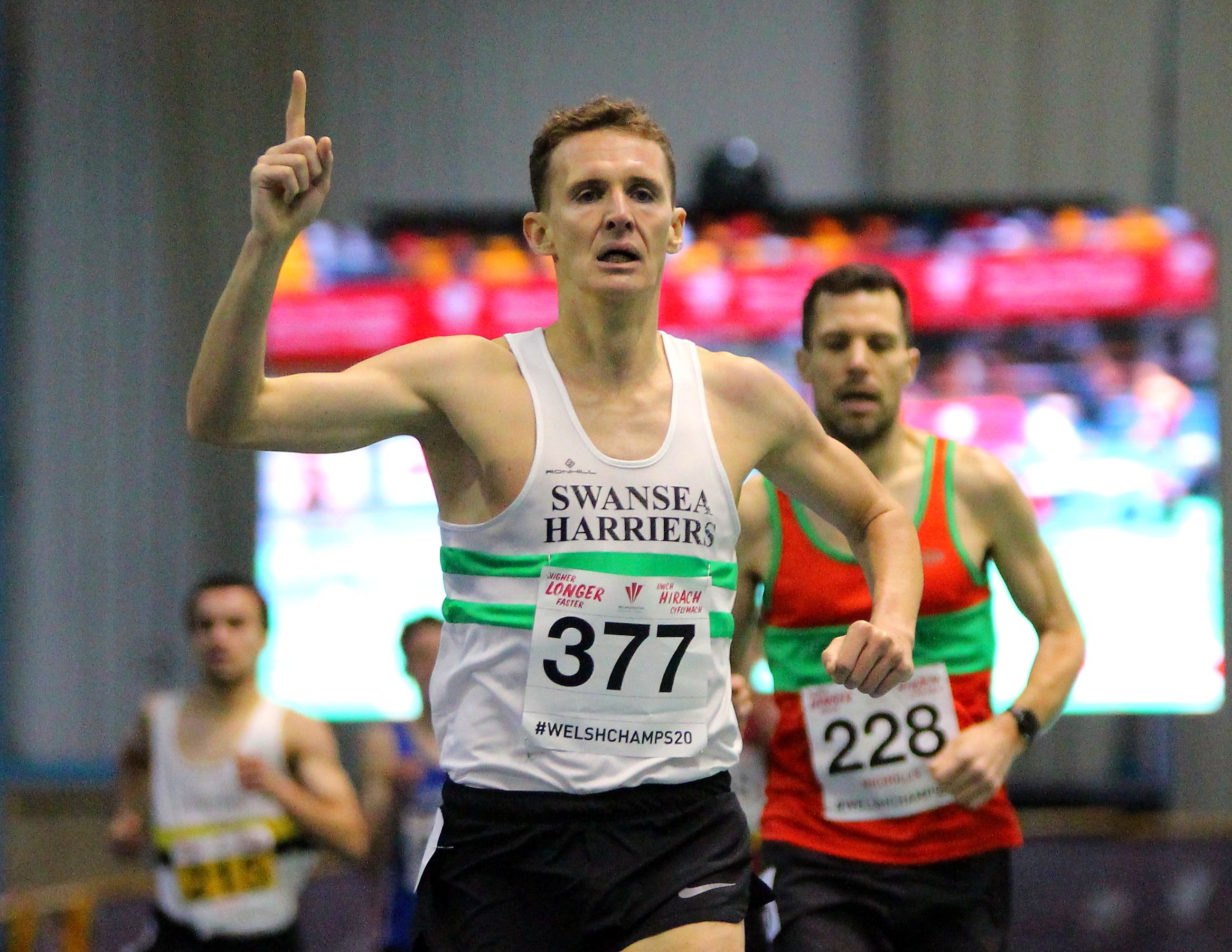 With the countdown clock to the Commonwealth Games opening ceremony now below 100 days, Welsh athletes have been competing across the globe in preparation.

Some, who have already achieved the nomination standards, are fine-tuning their form and fitness ahead of the games in Birmingham this summer.

Others are still chasing those standards here, across Europe and in the United States where Welsh Athletics has been supporting warm weather training camps and competition opportunities for some athletes.

The Swansea Harrier has been knocking on the door of the standard in recent weeks with some fine performances on the west coast of America, but finally achieved it with a time of 8:31.80 as he finished eighth in a high class field.

Among others to claim nomination standards in the USA in recent weeks is Olympic 400m runner Joe Brier.

At last weekend’s Tom Jones Memorial meeting in Florida, the Swansea Harrier clocked a new PB of 45.74, which also brought him the nomination standard for Birmingham.

Hungrier for the rest of the season 🤑#400m #200m #trackandfield #athlete #fitness https://t.co/j1VbbyLBWG

At the same meeting, his sister Hannah, came agonisingly close to claiming the standard in the 200, however her time of 23.27 does not count towards nomination due to a wind reading of +2.5.

In the field, hammer thrower Amber Simpson has been showing outstanding form since the turn of the year in America where she competes for the University of Memphis.

The Deeside athlete has exceeded the nomination standard four times already in 2022, with a season’s best distance of 64.17m – more than two metres over the required standard.

Wales’ sprint relay teams have also been in the United States, chasing the standards for the 4x100m.

At the start of this month, three endurance athletes who already have the nomination standard showed they are coming into form at exactly the right time.

Cardiff’s Jenny Nesbitt claimed a new outdoor 3,000m PB and a second nomination standard when she finished second at the Stanford Invitational in 15:24.5.

Over in the Czech Republic, Pembrokeshire race walker Heather Lewis claimed a new 20k PB of 94:02 at the Gold Label Race Walking Tour event in Podebrady.

Lewis already has the nomination standard for the 10k distance which is being contested in Birmingham.

What an indoor season Hannah Brier has had in 2022! 🥇🥇🥇 pic.twitter.com/Jq1ftTdXPm

Meanwhile, in Berlin, Clara Evans, who has the nomination standard over the marathon, showed her form by smashing her half marathon PB by almost two minutes when she clocked 70:17 to go second on the Welsh all-time list.

Another Welsh marathoner showing winning form earlier this month ahead of the Commonwealths is Dewi Griffiths.

The Swansea Harrier, who has the standard over 26.2 miles, won the Great Welsh Half Marathon in Llanelli, clocking a time of 68:11.

Joining the list of those with the marathon standard was Anna Bracegirdle (Salford), who clocked 2:34.20 when she finished fifth at the Manchester Marathon at the start of the month.

Meanwhile, at the end of last month in North Carolina, Cardiff’s Kate Seary closed in on the steeplechase standard when she lowered the Welsh record by more than 15 seconds to 9:55.96. The nomination standard is 9:49.50.

Athletes who have yet to gain the Commonwealth Games nomination standard have until May 8 to do so.

On May 10, Welsh Athletics’ nomination panel will meet to discuss and confirm the nominations which they will put forward to the Commonwealth Games Council for Wales for decision.

The athletes who have already achieved the nomination standards are: