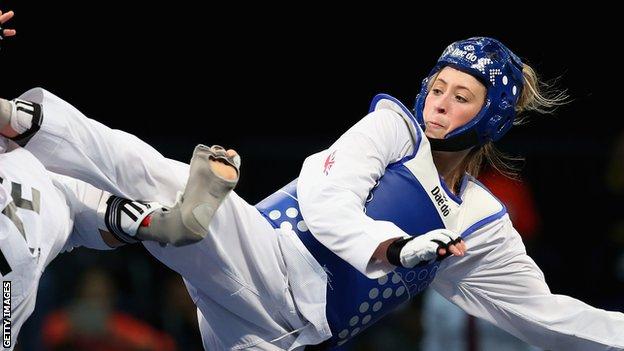 Jade Jones won her third European title and will now go for the Olympic hat-trick in Tokyo Pic: Getty Images.

Jade Jones sharpened up ahead of her bid for a first World tile in Manchester next month with victory at the Sofia Open in Bulgaria.

Wales’ double Olympic and European Champion dominated the -57kg category just days after an intense international training camp at the National Taekwondo Centre ahead of the worlds.

Jones saw off Finland’s Helmi Harkonen in her opening round 18-6 in the opening round before beating Mexican Paulina Armeria 18-3 in the semi-final.

Jones was even more impressive in the final against another Finn, Suvi Mikkonen, who threw in the towel during the second round due to the Brit as she trailed 19-3.

“I’m glad to have gotten gold at the Sofia Open, that’s three more fights in the bag on top of a hard week,” said 26-year-old Jones.

Fighters from France, Germany, Uzbekistan and Jordan all took part in the training camp at the National Taekwondo Centre in Manchester which will stage the worlds for the first time next month.

Jones will be bidding to claim the one major medal missing from her collection with fellow Welsh fighter Lauren Williams also among the favourites to strike gold.