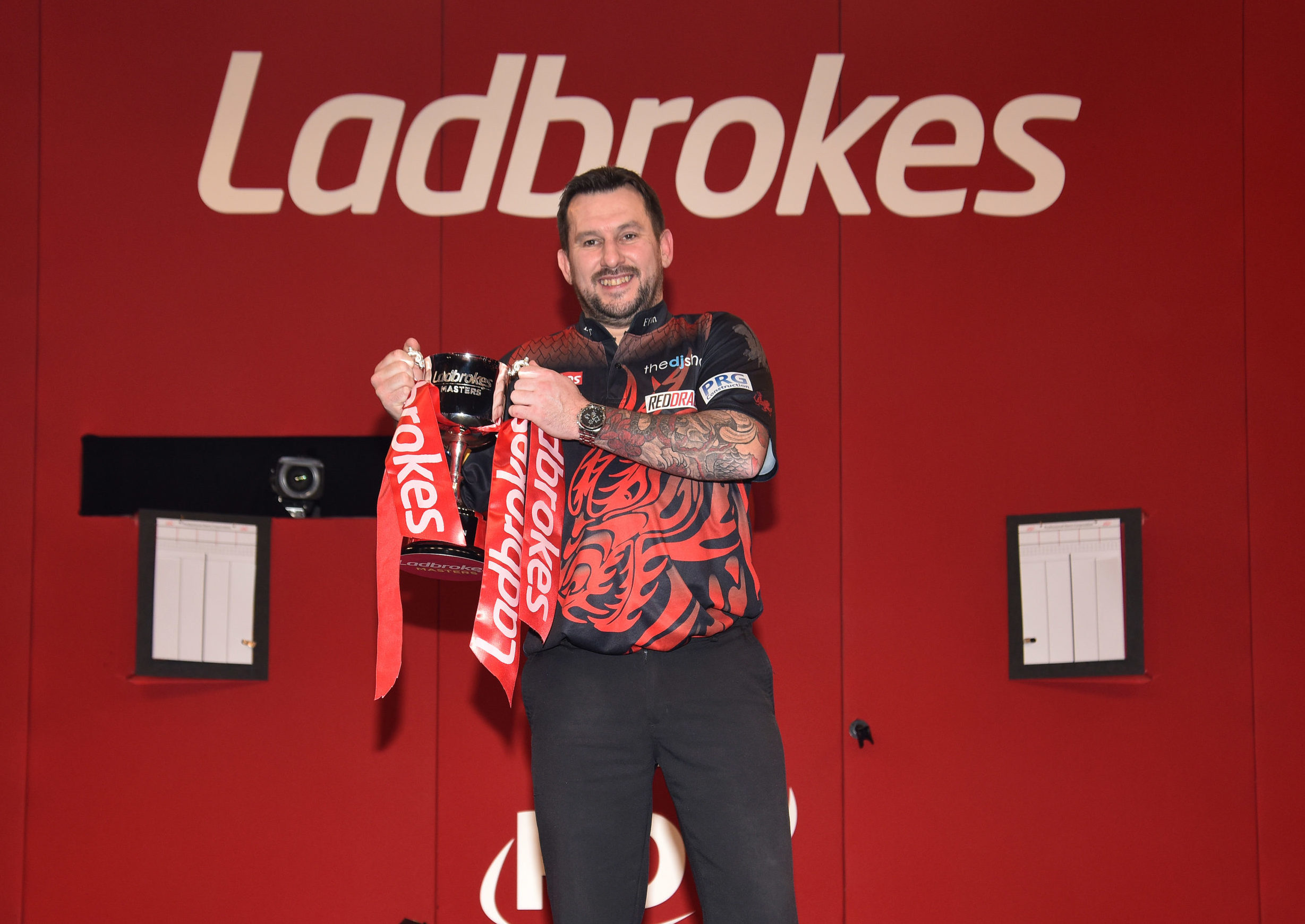 Jonny Clayton admitted he was over the moon after being crowned PDC Ladbrokes Masters champ – and booking his place in the Premier League series.

The Pontyberem thrower triumphed in Milton Keynes after fellow Welshman and world champ Gerwyn Price was beaten in the semi-finals.

Clayton’s 11-8 victory over Mervyn King earned him his first individual televised PDC title, a £60,000 cheque and a place in the Premier League series with the best players in the world.

“To get over that winning line in my first individual final is an amazing feeling,” said Clayton after his triumph at the Marshall Arena.

“It wasn’t the best of matches, we’ve both played better in this tournament but that was to be expected given what was at stake.

“I was so glad I didn’t have to play another deciding leg. At one stage I thought Mervyn was going to take me all the way.

“He went to sleep for a couple of legs and I took advantage to go in front, from there I played pretty consistent.”

Clayton could not have asked for a tougher route to the final having overcome Portugal’s Grand Slam of Darts champ Paul de Sousa in a deciding leg in the first round.

The 34-year-old then beat two former world champs in Michael van Gerwen and Peter Wright – the current world Nos 2 and 3 – as well as James Wade to reach the final – all in final leg shoot-outs.

Clayton then averaged 104.1 in the final to see off King to earn that Premier League place having had a taste of that limelight as a ‘Challenger” in Cardiff in February last year.

“I was hoping for a place in the Premier League, but to hear it confirmed on stage after I won was amazing,” Clayton, who won the World Cup of darts with Price, added.

“I’m over the moon to be in it. I really am chuffed to bits.”

King had ended Price’s hopes of winning his first tournament as newly-crowned World Champ winning the semi 11-10 and making the Markham ace pay for missed doubles.