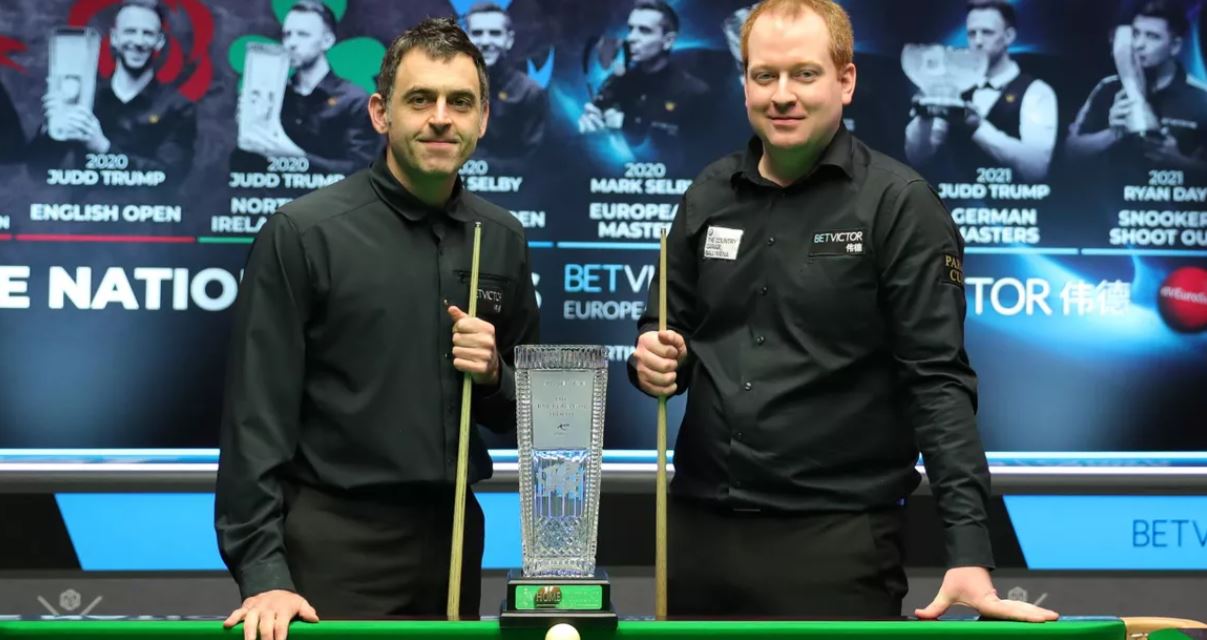 Jordan Brown has confessed he never believed he would be good enough to beat Ronnie O’Sullivan after he claimed the Welsh Open title.

Brown sealed one of snooker’s greatest upsets as he beat six-time world champion Ronnie O’Sullivan in a final-frame decider at the Celtic Manor.

The world number 81, who started the tournament as a 750-1 outsider, held his nerve to clinch a 9-8 win over O’Sullivan – conqueror of Wales’ Mark Williams in the semi-final – and become the lowest ranked winner of a ranking title in over a quarter of a century.

A brilliant break of 74 in the decider completed victory for the Antrim 33-year-old and completed a spectacular change in fortunes for a player who almost fell off the tour last year after a string of poor results.

Brown said: “It feels unbelievable and it’s not going to sink in for a while. I have always believed in myself but I just never thought this would happen.

“I knew my game was good enough because whenever you’re in and scoring and taking your chances it doesn’t matter who is in the other chair.

He’s done it… what a moment for Jordan Brown!

“If I’d played Ronnie instead of the table I think I’d have got beaten today – he’s so good he can bully and steamroller you so I just had to stick to my guns and do what I had to do.”

Brown had shown a glimpse of the form that would sweep him to the final when he reached his first career quarter-final at the German Masters last month.

But few could have anticipated his week at Celtic Manor, in which he won four consecutive matches in final-frame deciders, culminating in seeing off Mark Selby in the quarter-finals, before sweeping aside Stephen Maguire 6-1 in the last four.

Seemingly impervious to nerves, Brown built a 4-1 lead against O’Sullivan, who only managed to haul back the first session deficit to 5-3 on the back of two consecutive centuries.

Brown, who had scored a century of his own earlier in the match, came under inevitable pressure from the favourite at the start of the concluding session, and breaks of 68 and 61 sent O’Sullivan into the lead for the first time in the match at 6-5.

Unruffled, Brown took the next two to move two frames from victory at 7-6, and although O’Sullivan levelled again, the world champion showed frustration when over-cutting a simple pink in the next, and Brown’s brilliant 56 clearance to blue took him within one frame of the title.

Typically, O’Sullivan responded with a 119 clearance to force a decider, but a long red from Brown gave him the first chance in the decider and he brilliantly executed his opportunity to earn the £70,000 winner’s cheque.

O’Sullivan said: “You’re not a bad player if you beat Selby and Maguire so I knew he would be comfortable on the big stage and I’m not surprised.”

Brown and O’Sullivan will now head straight back to Milton Keynes for the Players’ Championship which starts on Monday, with O’Sullivan bemoaning the hectic schedule.

O’Sullivan said: “You can’t separate them any more – it’s every day and they (the tournaments) just run into each other.

“Someone asked me the other day when my next tournament is and I said it’s impossible to know – it’s like having 30 children and trying to remember all their names.”