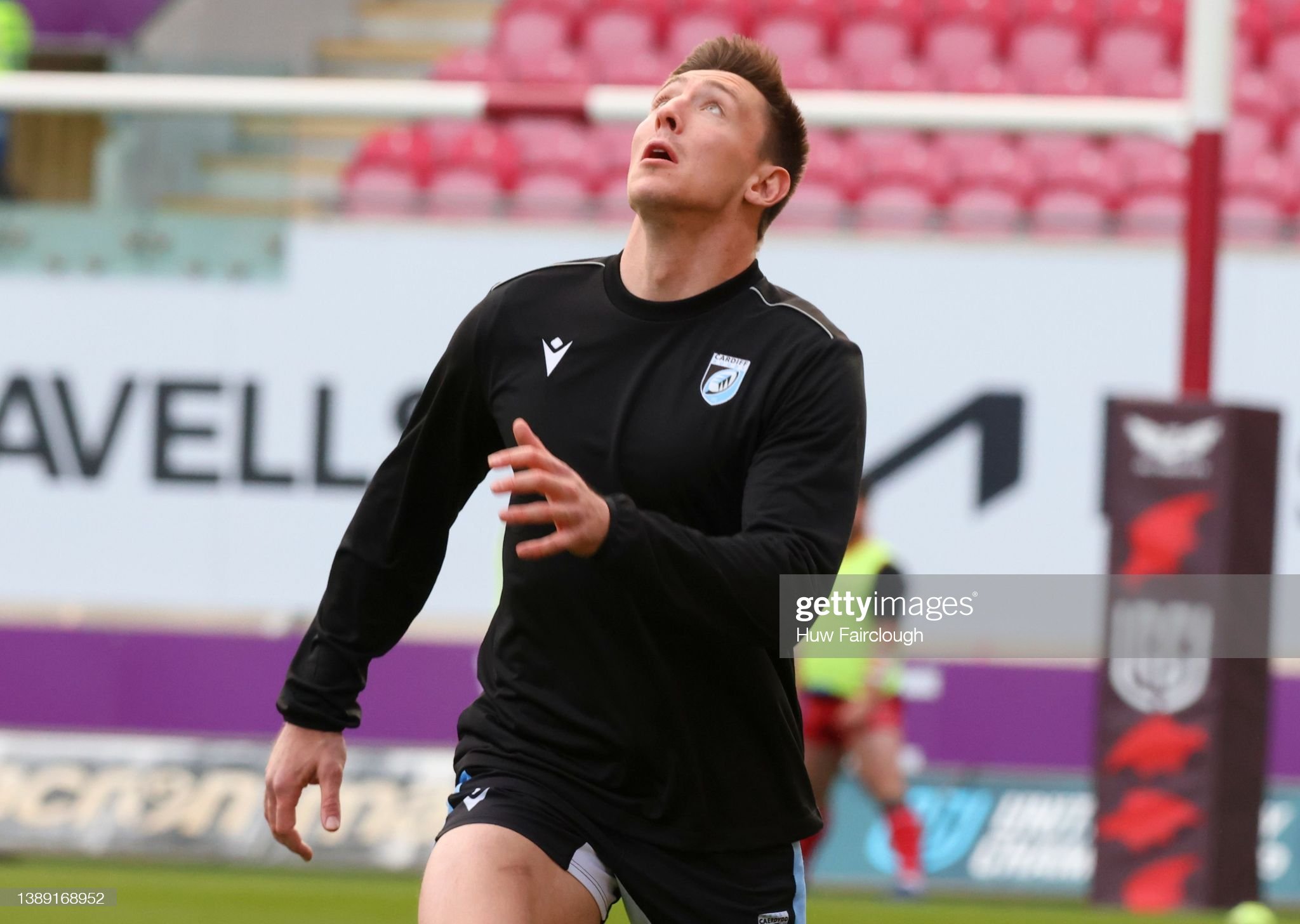 Josh Adams wants Cardiff to set a minimum target of the United Rugby Championship play-offs after helping them get away to a flier.

Adams was part of the side that beat Munster 20-13 at the weekend in their league opener to give coach Dai Young plenty of encouragement for the campaign ahead.

“The play-offs certainly should be a target, and with the quality of the squad we’ve got there’s no reason why we can’t achieve that but when you start a new season you always look to better your last,” said Adams.

“That’s the sole focus for us at the minute.”

It was Cardiff’s first win over Munster in four years with tries from Max Llewellyn, Kristian Dacey, and Aled Summerhill getting them over the line. Jarrod Evans contributed five points from the kicking tee.

Adams is hoping for a big season for both club and country and believes Wales are on the right track ahead of next year’s Rugby World Cup.

Cardiff Rugby scored three tries in their victory against Munster.

Wayne Pivac’s time as head coach has been marred by inconsistency with the 2021 Six Nations the highlight while the low point was undoubtedly a first ever home defeat to Italy.

Wales turned it around this summer with an historic victory over world champions South Africa on their own patch, despite ultimately losing the test series 2-1.

And Adams is quietly confident things will click into place for Wales over the next 12 months. “I think so,” said the Wales wing when asked whether Wales were far away from hitting their straps.

“I think the template we put out there in South Africa really gave us some momentum. It fed us with some confidence, and we were competitive for large periods of the test series.

“As a team I thought it was really positive. I think we made a lot of strides forward from the Six Nations, creating a little bit of history winning out there for the first time.

“We were really unlucky to lose that first test as well weren’t we. I think it is great, but it counts for nothing unless we take it forward moving on to the next campaign, and into the big year with the World Cup at the end of it.

“I think that’s the sort of way we want to go about things. Certain aspects will probably change, bits and bobs here will change but we aren’t too far away from clicking.”

Wales’ tour of the Rainbow Nation was a frustrating one for the Cardiff wing who had battled back from a knee injury suffered in April to start the first test in Pretoria where Pivac’s men slipped to an agonising last-gasp 32-29 defeat.

He was dropped to the bench for the second test but ended up scoring the match winning try as Wales claimed a famous win in Bloemfontein.

The 27-year-old, who got married this summer, admits he wasn’t at his best in South Africa but is hell bent on setting the record straight this season.

“Personally, I went in carrying a few niggles,” said Adams. “It was a long old year but that’s not an excuse from my end.

“There were aspects of the game I wasn’t too pleased with how I did, and I could have done things a lot better, but I’ve had time to reflect on that.

“That’s certainly something I’ve put a lot of effort into putting right this season.”