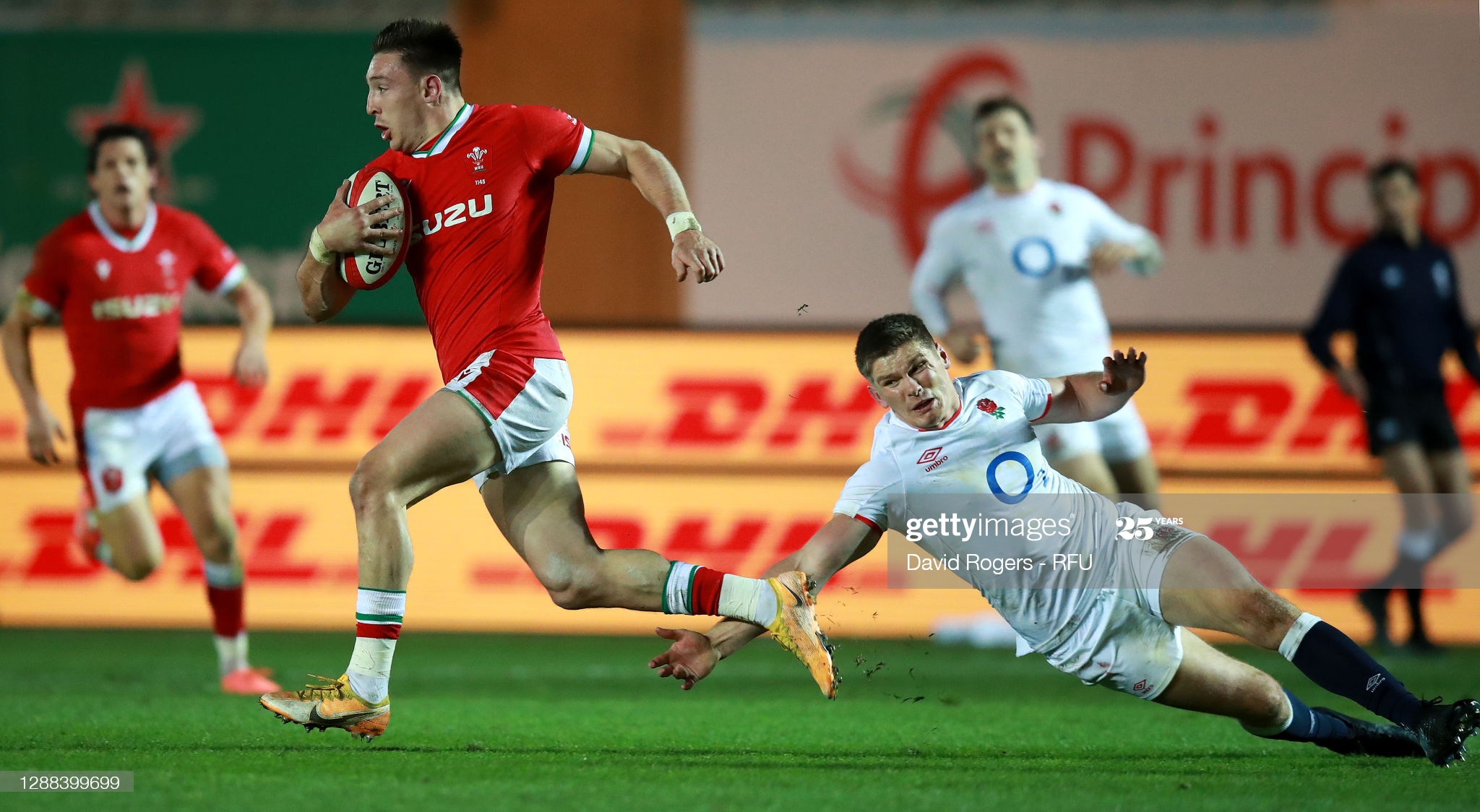 The countdown to the Lions tour of 2021 has begun with contenders only likely to have six more Test opportunities in which to press their claims. For the wing spots, Josh Adams has a lead on his rivals built up over the past two seasons according to former Wales wing Nigel Walker, who spoke to Graham Thomas.

Josh Adams can underline his status as a Lion-in-waiting when he plays his final international of the year this weekend, according to former Wales wing Nigel Walker.

Adams will pair up with Louis Rees-Zammit against Italy on Saturday as Wales bid to end their underwhelming Autumn Nations Cup showing with an emphatic win against Italy.

Wales’ final fixture of the inaugural tournament – which is live on S4C – is a last opportunity for players to show their Test credentials before we move into 2021 itself, when the British and Irish Lions will tour South Africa.

For Walker – who was Wales’ swiftest wing of the 1990s following an athletics career that took him to the Olympic Games – Adams has done more than any other wing to stake his claim over the past two seasons, ahead even of England’s man of the moment, Jonny May.

“I think there’s a pretty strong argument to be made that Josh Adams has been the best wing in the world over the last 18 months or so,” says Walker.

“Certainly, his try scoring record for club and country has been exemplary and his enthusiasm has been infectious, just from watching in the stands.

“I think he already has shown he’s got every chance of going on the Lions tour and I think he can go on to be a starting wing on that tour as well.”

Since making his debut against Scotland two-and-a-half years ago, Cardiff Blues wing Adams has crossed for 14 tries in 28 Tests.

That strike rate has slowed considerably in Wales’ last few matches, though, with Wales under Wayne Pivac so far finding it difficult to get their main strike weapon firing at the try-line.

Adams scored a hat-trick of tries the last time Wales met the Italians in February, but since then the 25-year-old former Worcester Warrior has gone six Tests without scoring, although he was rested for the recent win over Georgia.

Walker, who has seen plenty of Adams this year since joining the Blues board, insists the Swansea-born player is still the deadly finisher who left the Azzurri grasping at air with his three tries nine months ago.

“If he’s not quite Wayne Pivac’s first name on the teamsheet, I would say Adams is still pretty close to it,” adds Walker.

“He’s got all the skills to be a Test Lion in South Africa. He goes inside, he goes outside, and when he really goes, he goes. He has been exceptional and I don’t use that world lightly.

“He’s got great ball skills, he’s aggressive, superb in the air, and has a very sound defensive game. He’s got everything you want in a top level Test wing.

“The other thing I like about him is that sometimes when people have had rave reviews on the international scene, they don’t quite match their enthusiasm at international level when they’re back at club level.

“But from what I’ve seen, Josh gives 100% whichever jersey he’s wearing and that’s a credit to him.”

The Italians, who probably feel they have seen enough of Adams for one year, will arrive at Parc y Scarlets in Llanelli on the back of defeats to Ireland, England, Scotland and France.

An honest opinion of players who should be going on the Lions tour from Wales without any question:

This makes me sad.

If they overload their defence to try and contain Adams, then gaps should open up elsewhere for Wales, with George North given another experimental outing in the centre and exciting newcomer Rees-Zammit on the other wing.

Walker is also a big admirer of Rees-Zammit, the 19-year-old whose father visits the same Cardiff gym as Walker.

“There’s been a buzz around the place about Louis for some time and it’s been great to see him make the breakthrough,” adds Walker.

“What I like about him is that he shows wing play is not all about sheer weight or strength. It’s about dynamic power and he’s got loads of that.

“If he continues his rate of progress, just imagine how good he’s going to be by the time he’s 22 or 23, with Josh still on the other wing.

“It’s a very exciting combination and I’m looking forward to watching them develop, score lots of tries, and create lots of excitement for Wales.”