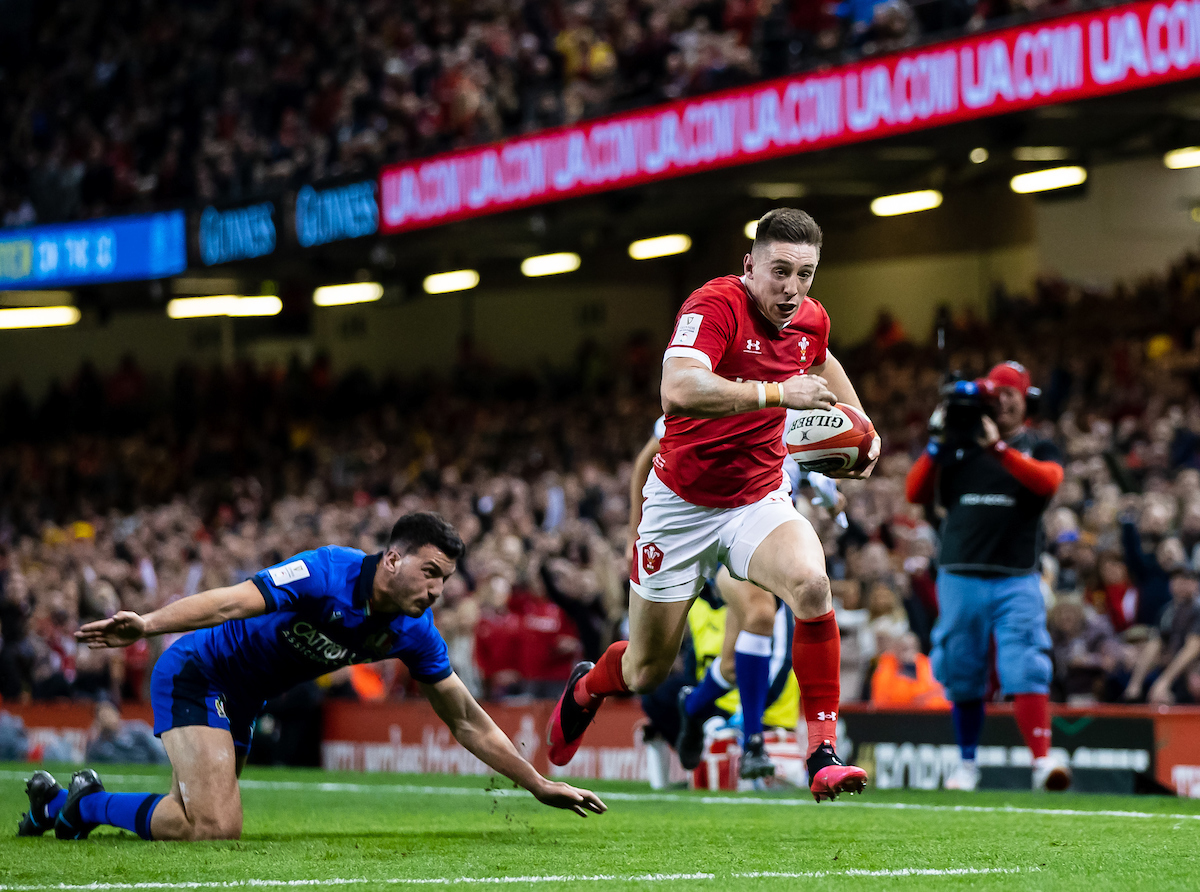 Dai Young’s arrival as interim Cardiff Blues director of rugby was music to the ears of wing Josh Adams who hopes the former Wasps boss can get him and his team firing on all cylinders.

In nine years in English rugby, Young took Wasps to the Gallagher Premiership play-offs for three straight years between 2016 and 2018.

His success in that time came with an enterprising brand of attacking rugby that had the likes of Danny Cipriani, Kurtley Beale, Willie le Roux and Christian Wade at its heart.

Now, he has returned to his former side Cardiff who have a similar positive mindset. Wales star Adams believes it is a perfect match for the short and long term.

Asked if Young’s approach would suit Cardiff, the former Worcester man said: “Of course. I’m sure Dai had a big say in how Wasps went about playing.

“They obviously had head coaches and backs coaches like Lee Blackett. He’s carried on that philosophy and they’ve been playing some great stuff recently.

“Hopefully, that’s the way Dai wants to go about things with us. Hopefully, he really allows us to express ourselves and play with no fear and to our strength. Our strength is with the ball.

“When we challenge teams with the ball we’ve got great players with X Factor all over the park. That’s where we cause teams problem.

“I’m pretty sure that’s the way we’re going to go about things.”

Adams has eight tries in 13 Cardiff games and 14 in 29 Tests for Wales. He was top try-scorer at the 2019 World Cup and is no stranger to crossing the whitewash.

But at the end of last year the 25-year-old’s tries dried up as Wales struggled in the Autumn Nations Cup under the guidance of new head coach Wayne Pivac.

Adams is hoping for a change of fortune in the 2021 Six Nations and has backed his fly-half team-mate Jarrod Evans to make a big impact.

Evans is one of three players vying for the No.10 shirt in the Wales squad alongside Dan Biggar and Callum Sheedy.

“It doesn’t affect me too much if I’m honest,” said Adams on his try drought. “I don’t change anything and keep to the same methods. Tries will come. It’s inevitable as I play on the wing.

“As long as I’m contributing well for the team on whatever aspect then I am happy. If tries come off the back of that then great and I’ll be happy. I’d love to be running in hat-tricks every game again.”

Evans produced a mercurial display when his team beat the Scarlets at the start of January and that performance was enough to earn him selection by Pivac.

The Wales head coach did admit he explored the possibility of picking Bath’s Rhys Priestland – who is set to join Cardiff – but was stopped from doing so.

Priestland is currently ineligible for Wales due to the Welsh Rugby Union’s 60 cap rule.

“Jarrod is a fantastic player. With the ball and attacking the line I haven’t played with anyone as good as him,” said Adams.

“His deception of pass, his feet and his head movement in terms of selling a pass is incredible. It’s the best I’ve ever seen.

“There are aspects of his game that maybe aren’t as strong as the other boys like exiting or his kicking. He knows that’s a work on for him, but that’s not to say he’s bad at it because he isn’t.

“Jarrod’s super strength is running with the ball and being an attacking threat. I don’t know anybody who is as good at it as him.”