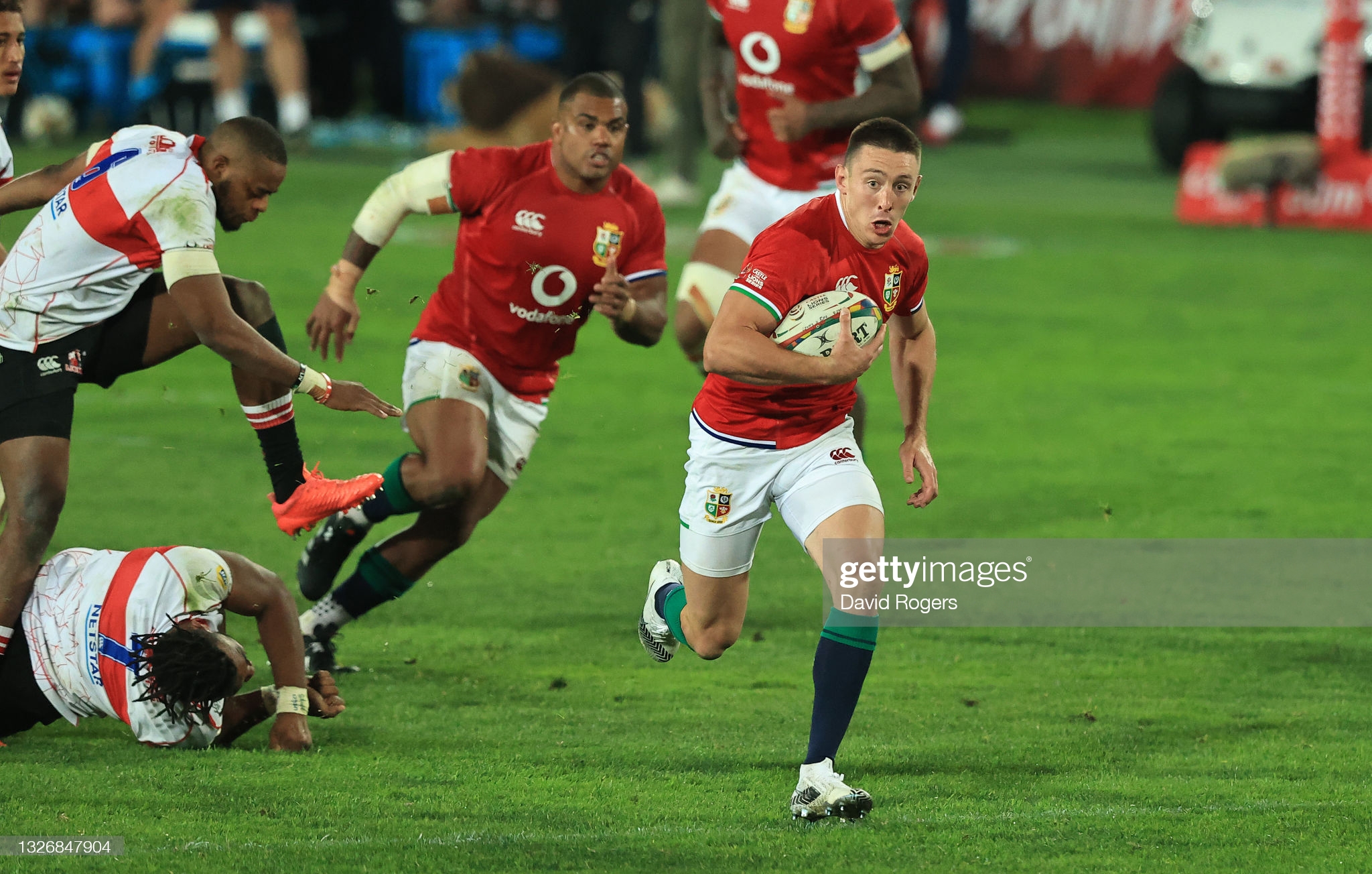 Josh Adams has made a strong early case for inclusion in the Lions Test team to face South Africa later this month.

The Wales wing maintained his hot streak as he scored four tries in the British & Irish Lions’ 56-14 win over the Sigma Lions in Johannesburg.

The top try scorer at the 2019 Rugby World Cup, he won the right to tour with Warren Gatland’s Lions side in South Africa by scoring tries in his last three games for Wales as he helped them secure another Six Nations title.

Add in a debut Lions try in the win over Japan in Edinburgh last weekend to his hatful at Ellis Park and he has already overtaken the leading try scorers on the last two tours and matched the five scored by Ugo Monye in South Africa in 2009.

But even though the Cardiff Rugby wing scored four of his side’s eight tries, he didn’t pick up the man of the match award. That went to Scotland flanker Hamish Watson.

“Hamish was outstanding and did so much of the unseen work that paved the way for my tries. I was delighted for him to pick up the man of the match award and I was very happy to score four tries,” said Adams.

“On a short tour you have to take every opportunity you are given and try to make a statement every time you play. I think I have done that.

“We started well against Japan and then faded a bit. This time we put them to the sword in the second half and we also put in a huge defensive set at the end of the first half, which was really pleasing.”

Adams’ four tries took him to within one of the five scored by Shane Williams against Manawatu in New Zealand in 2005 and to within the record of six in one match by JJ Williams against a Districts XV in South Africa in 1974 and David Duckham against West Coast–Buller in 1971.

The Welsh contribution to the Lions opening win on Springbok soil was made even greater by a try from Louis Rees-Zammit within three minutes and 20 seconds of his debut and then another from scrum half Gareth Davies shortly after he came on in the second half.

Poor old Wyn Jones, the Scarlets prop, had his try chalked off because of a neck roll at the ruck at which he dived over by Courtney Lawes. Other than that it was a near perfect day for the Welsh contingent, with Taulupe Faletau excelling at No 8.

Where Rees-Zammit and Watson led, so Scottish scrum half Ali Price followed to help make it 21-0 to the tourists.

The home side hit back with the first of their two tries to make it 21-7 at the break.

A mere 54 seconds into the second half Adams struck for the first time to extend the lead. He then grabbed s second with a touchline run from half-way in quick response to a second home try that made it 35-14.

Davies then joined the party before Adams finished with a flourish with two more. Job done for the Lions.

“Josh definitely knows where the try-line is and you can’t ignore what he’s achieved as a player,” Gatland said.

“His timing with that inside ball for the first try, he did that a few times during the World Cup. He’s got great timing at hitting the line. To get four tries is pretty special for him.”

It was an afternoon bursting with positives, but Gatland will not be seduced by the rout knowing from past experience that far tougher tests await.

“My memories of 2009….I won’t forget that when we didn’t come up against any of South Africa’s Test players in those warm-up games,” Gatland said.

“We probably were a little bit underdone in 2009 so we’re going to have to work really hard in training to make sure we have the tempo and physicality that’s required.

“The competition is huge. We’re not really trying to predict what the Test side looks like. We’re trying to let that unfold and see how the players keep performing and playing, how the combinations work.

“Then we’ll start looking at our options. We definitely don’t want to pigeonhole anyone. We’re keeping an open mind about how we play and how we keep improving.”