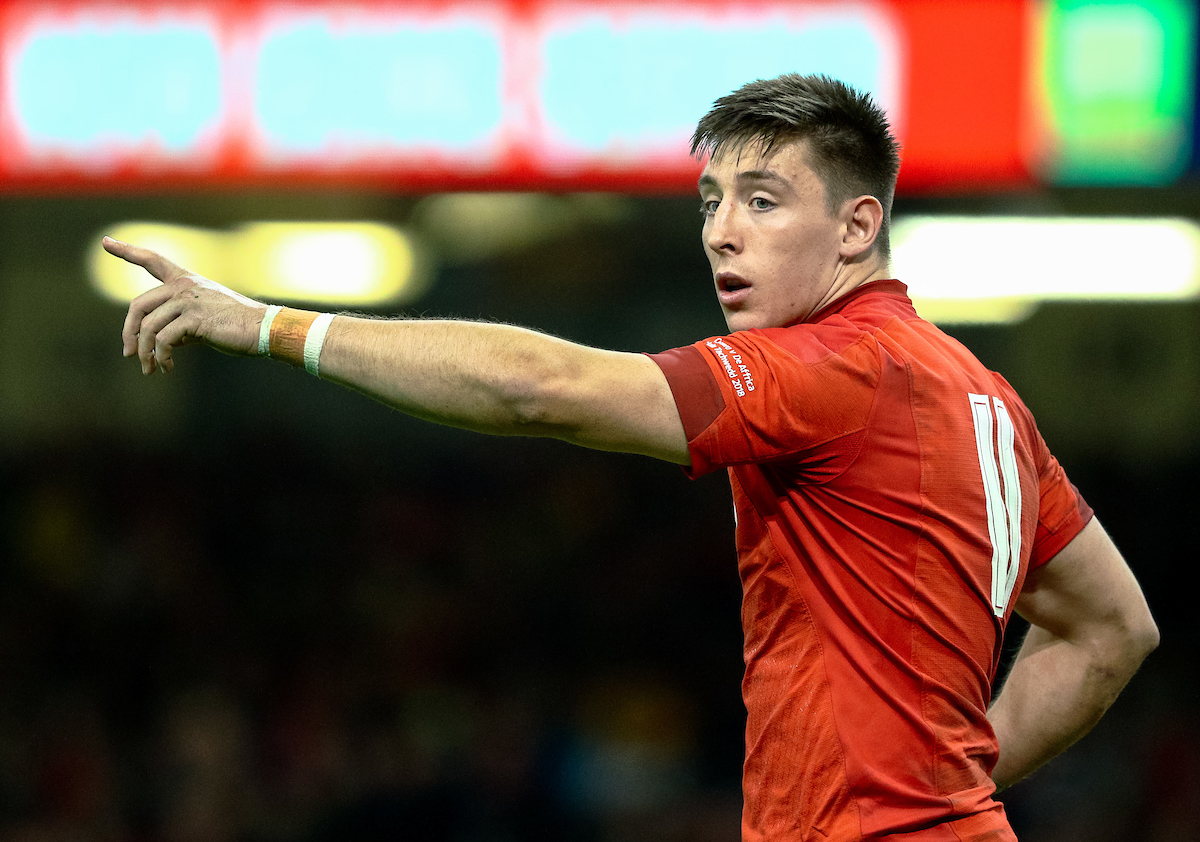 Four of Wales’ Grand Slam winners have agreed new deals with Welsh regions including Josh Adams who has confirmed his move from Worcester to Cardiff Blues.

The wing will move back to Wales at the end of the season in order to stay eligible for international selection, while Scarlets trio Jonathan Davies, Ken Owens and Rob Evans have all signed on to stay at their region.

But Wales international hooker Scott Baldwin is moving in the other direction to Adams and will leave the Ospreys at the end of the campaign to join Harlequins.

The 23-year-old Adams scored three tries during Wales’ Six Nations Grand Slam-winning campaign and has been nominated for player of the tournament.

Adams joined Worcester in 2015 after he was released by the Scarlets and has scored 34 tries in 59 appearances for the Warriors.

However, he would have not have considered for Wales selection if he signed a new deal at Sixways because of the Welsh Rugby Union rule where players based outside the country with fewer than 60 caps cannot be selected.

That rule does not currently apply to Adams as he was not offered a contract by a Welsh region before joining Worcester.

“It is great to be returning to Wales and I cannot wait to link up with Cardiff Blues next season,” said Adams, who was the Premiership joint-top scorer last season with 13 tries.

“I’ve been really impressed with John’s [Blues head coach Mulvihill] vision for the future and the attacking brand of rugby the Blues play will really suit my game.

“It is a young and exciting squad, with a good blend of experience, which has a bright future and I’m looking forward to contributing towards that.

“I will always be grateful to Worcester Warriors for giving me the opportunity to become a professional player and I have loved my time at Sixways.

“But to play for Wales I need to play in Wales and Cardiff Blues is the best fit for me. I’m really looking forward to the next chapter at Cardiff Arms Park.”

Mulvihill is confident Adams can further develop his potential and match the Welsh club’s own drive for success.

“It’s an exciting signing for the region and demonstrates our strong rugby ambition going forward,” he said.

“Josh is a player we can build success around. He brings genuine hunger to succeed, enormous energy and the skill-set and speed to make a real difference to our group.

The Wales trio of Davies, Owens and Evans all came through the Scarlets academy and were part of the team that won the PRO12 in 2017.

Scarlets head coach Wayne Pivac, who will take over from Warren Gatland as Wales coach after the World Cup, said: “I am delighted that Rob, Ken and Jon have re-signed for the Scarlets.

“They have been a big part of our success in recent years and I know that our incoming coach Brad [Mooar] was very keen to secure their services moving forward.

“It is great news for the Scarlets.”

British and Irish Lions centre Davies has made 154 appearances for the club, who he rejoined in 2016 after a stint in France with Clermont Auvergne.

“I am excited about the end of the season and having spoken to our new coach Brad, excited about what is to come,” said the 30-year-old.

“It is something I want to be part of. You want to be playing in the big competitions and competing for trophies and we have been doing that at the Scarlets.”

Owens was also a Lions tourist in 2017 and won his 64th cap for Wales in their Grand Slam-clinching win over Ireland.

The hooker has played 238 times for the club while prop Evans has made 118 appearances and was named in the PRO14 dream team last season.

Baldwin spent 10 years with Ospreys, making more than 120 appearances and helping them win the Pro 14 in 2012.

“There is something special going on at Harlequins and I am looking forward to starting my Premiership career there,” said 34-cap Baldwin.

Harlequins head of rugby Paul Gustard added: “We have followed him [Baldwin] in the Pro14 and he has impressed with his attitude, his humour and all-round technical ability. We know he will be a great fit and a key member of the squad as we look to improve and fulfil our ambitions.”