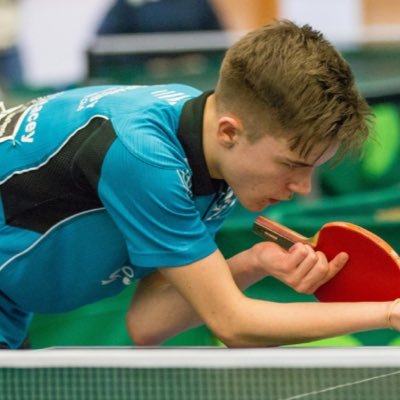 Commonwealth Games medallist Josh Stacey upgraded from table-tennis bronze down under to gold in the Czech Republic as he won the PTT Czech Open in Ostrava.

Stacey came through his group unbeaten after 3-1 wins against Takumi Tsujimura (Japan) and Daniel-Alexandru Dinca (Romania) and a 3-0 win against Robert Cwenar (Poland). He then beat two more Poles, Pawel Konstantyn, 3-0 in the quarter-finals and Pawel Jablonski 3-1 in the semis, to set up an all-British final against Facey Thompson.

The Welshman dominated the final and beat Thompson 3-0 to win his first major singles title. The 18-year-old will now play in the team events.

“I think I played well, especially in the final, and I handled my nerves. Playing ‘Ash’ in the final was a strange feeling because we’ve been warming up together at the tournament,” said Stacey.

“It’s a really good feeling to win my first singles gold and now I’m looking forward to the team event.”