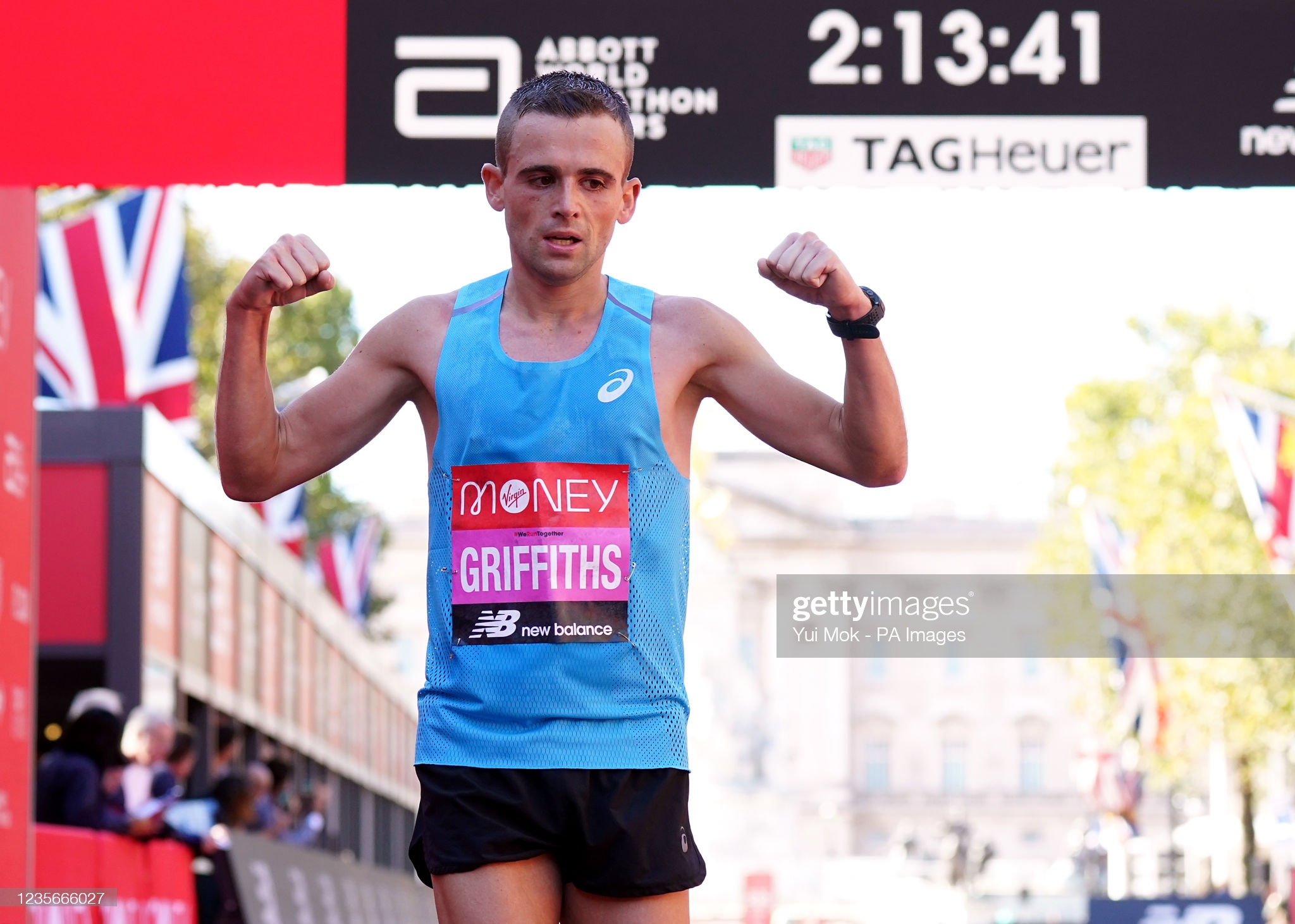 Josh Griffiths was the second British male finisher as the Virgin Money London Marathon returned to the city’s streets on Sunday morning.

The Swansea Harrier narrowly missed out on a new personal best, but his time of 2:13.39 was inside the Great Britain team’s qualification standard for the European Athletics Championships in Munich next August.

Griffiths also has the Welsh nomination standard for the Birmingham Commonwealth Games marathon which takes places just a couple of weeks before the European Championship race.

Unfortunately, Griffiths and his father Nick, of Amman Valley Harriers, narrowly missed out on their bid to break the Guinness World Record for the fastest marathon run by a father and son.

The Griffithses were targeting the record aggregate time of 4:59.22 set by Tommy and Eoin Hughes in 2019.

But with Griffiths Junior just outside his PB and Griffiths Senior just exceeding his best – clocking 2:47.53 – they missed out on the record by just over two minutes.

However, Griffiths had the consolation of a top 10 finish overall as he crossed the line in eighth, just one place behind fellow Brit Phil Sesemann, of Leeds City.

Awesome day today. The support on the course was unreal, thanks for all the noise! Happy with my run:
⌚ 2:13:39
🏁 8th overall
🇬🇧 2nd Brit
✅ European Champs and Commonwealth Games Qualifying Times#LondonMarathon
📸 Alex Davidson pic.twitter.com/6HhbSZCZM1

There was another Welsh top 10 finisher in the shape of veteran marathoner Andy Davies, who was tenth.

The 41-year-old’s time of 2:15.36 meant he was first overall in the 40-44 category and was the third British athlete home behind Sesemann and Griffiths.

The women’s race saw Natasha Cockram, who had hoped to break her own Welsh record of 2:30.03, finish as the fourth British woman and 17th overall in 2:32.32.

Wales’ Natasha Cockram finished 17th in the women’s elite race in a time of 2h32m32s – outside her own Welsh marathon record of 2:30.03 🏴󠁧󠁢󠁷󠁬󠁳󠁿 #LondonMarathon https://t.co/eJMafn7VKl