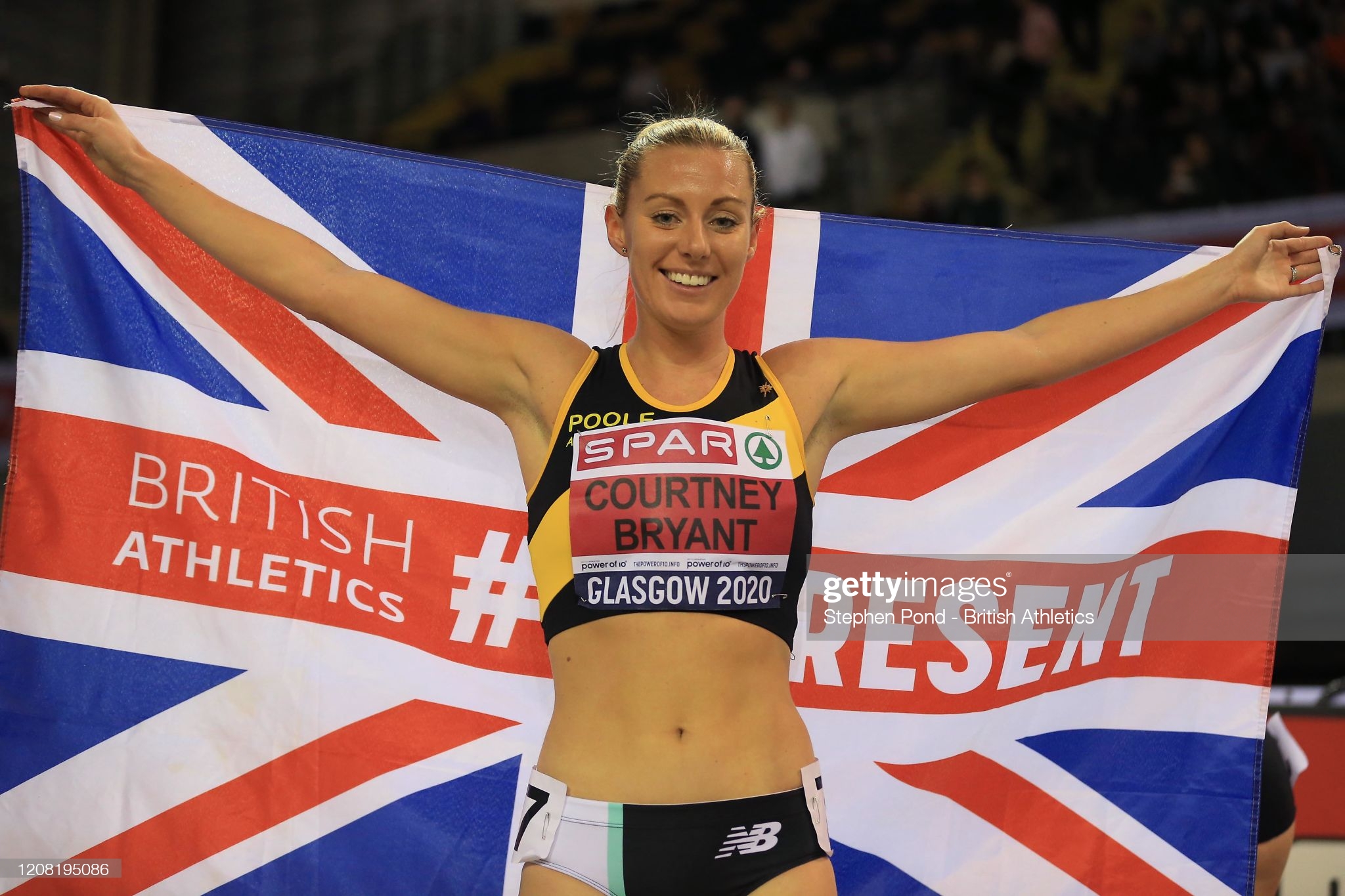 Melissa Courtney-Bryant has been sleeping in an altitude tent after training trip to Kenya scrapped due to COVID-19 restrictions. Pic: Stephen Pond - British Athletics/ Getty Images

Josh Griffiths and Melissa Courtney-Bryant led the way at the 2020 Welsh Athletics awards by picking up the senior athlete of the year titles.

In what has been an unusual year for the sport, the annual awards had a suitably unfamiliar feel. Instead of the usual glitzy ceremony, the awards were announced on-line by Welsh Athletics.

Celebrating the efforts of athletes in what has been the most challenging of years, national coach Chris Jones said: “The athletes who have won their respective awards should be proud of what they have achieved in this tough year.

“We hope they continue to show good form into the following seasons ahead in preparation for the 2022 Commonwealth Games.

Honoured to be named Welsh Senior Male Athlete of the Year! 🏴󠁧󠁢󠁷󠁬󠁳󠁿🏆

Thanks to those who supported me in this the most difficult of years! Also a big thanks to those who put races on, without races this award would have been impossible! https://t.co/uzNgB7n4EQ pic.twitter.com/ZbsZQaBudr

“Congratulations not only to the award winners, but to all our athletes and their coaches who have done their best in keeping up with their training this year.

Jones added: “The achievement by these athletes is a testament to the work that has been put in over the years to get our athletes to perform consistently at a high level.”

Female senior athlete of the year Courtney-Bryant enjoyed a successful 12-months which kicked off in hugely promising fashion before the disruption caused by the COVID-19 pandemic started to bite.

The Poole AC athlete won the British Indoor 3,000m title in a time of 9:48.54 at the Emirates Arena in Glasgow.

Although her progress was halted by lockdown, the Rob Denmark-coached athlete bounced back after the enforced break to display excellent form on what was a curtailed outdoor season.

The Welsh 3,000m and 5,000m record holder zigzagged Europe and beyond, overcoming tight travel restrictions and multiple COVID tests to produce a string of impressive performances.

These included a new 1500m personal best of 4.01.81 at the Wanda Diamond League meeting in Stockholm, which put her third on the all-time Welsh list.

The highlight of the year from senior male title winner Griffiths was his third place at what was a very different London Marathon in October.

Despite the strange surroundings, the Swansea Harrier produced a personal best of 2:13.11 to earn him a bronze medal in the British Championship race.

The time makes him the sixth fastest Welsh marathon runner of all time and the third fastest Briton over the distance in 2020.

The self-coached Carmarthenshire runner also ran three strong half marathons, all under 64 minutes, including a 63.08 time at the Antrim Coast Half Marathon in September- a new PB.

Reacting to his award, Griffiths said on Twitter: “Honoured to be named Welsh Senior Male Athlete of the Year!

Neath Harriers enjoyed a particularly successful awards “ceremony” with two of their promising young international athletes picking up three awards between them.

Javelin thrower Bethany Moule made up for the disappointment of being robbed of her first senior Great Britain vest because of lockdown by winning bronze at the British Senior Championships in September.

In doing so, the youngster set a new Welsh junior record of 51.27m which puts her third overall on the all-time Welsh list and sees her finish the year as the number one ranked under-19 in Britain.

As well as winning the junior female athlete of the year award, Moule’s performance in Manchester earned her the inaugural Welsh Athletics Performance of the Year Award, which was voted for by the public on social media.

Junior male athlete of the year and Neath club mate Owain Lloyd Hughes also enjoyed a successful year which he launched with a win indoors at the London Games over 200m in a time of 21.64.

Despite some of his training being confined to a field, Lloyd Hughes ran consistently fast outdoors over 100m finishing as the year’s number one Junior/U20 in the UK with a PB of 10.32w/10.38, putting him in the overall UK top 10 for 2020.

During what was an equally difficult year for those who make these performances possible, there were a number of equally deserving award winners from Wales’ army of coaches, club members and event officials, the vast majority of whom are volunteers.

This year more than any other, the entire Welsh athletics community has played an invaluable role in helping the nation through the challenges of the past 12 months.

Track and Field Club of the Year: Cardiff Athletics

Off Track Club of the Year: Run 4 All Neath

Track and Field Official of the Year: Phil James

Run Wales Group of the Year: She Runs Cardiff