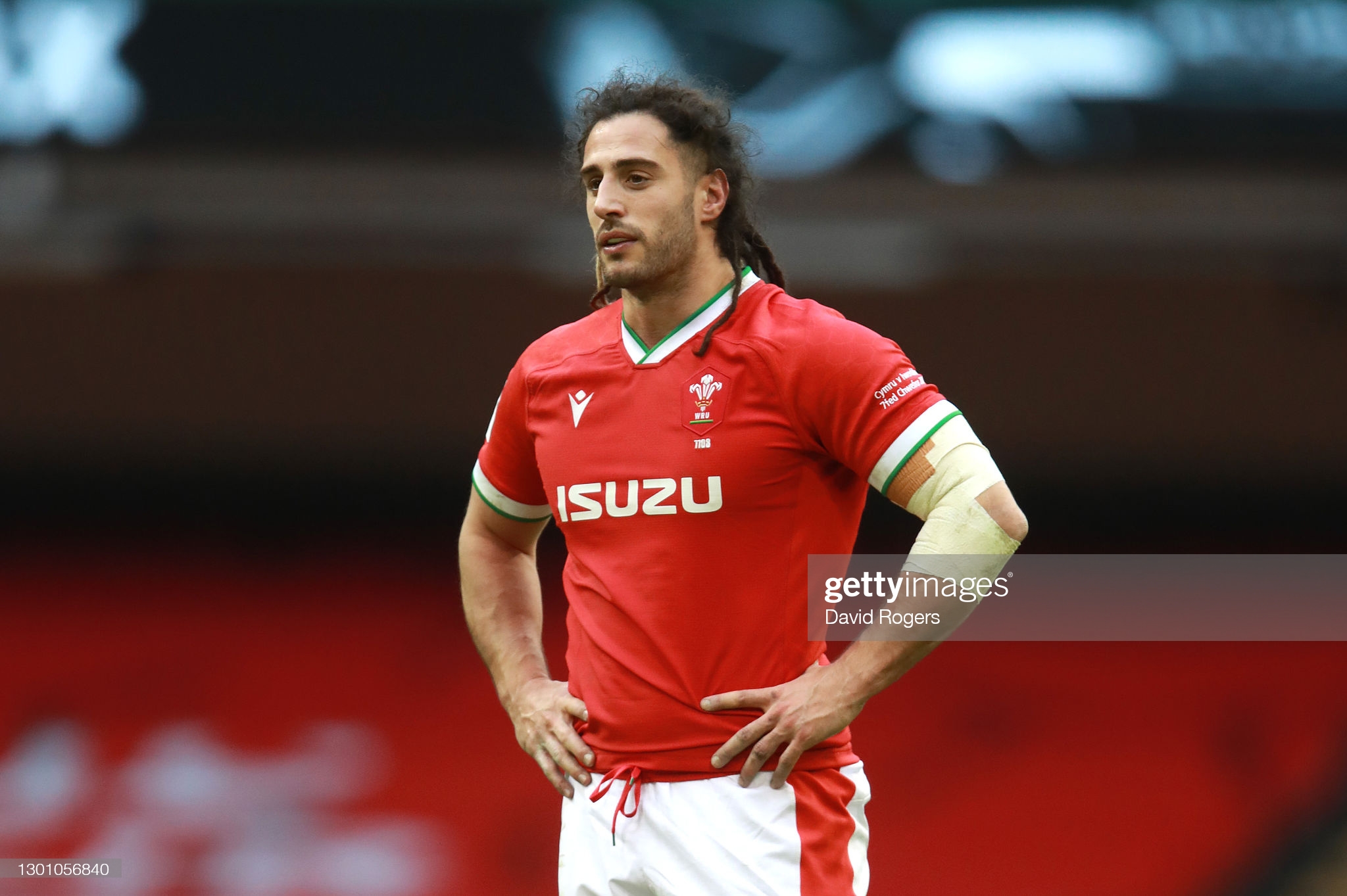 Josh Navidi has suffered another injury setback – ruling him out of Wales’ Six Nations clash against Scotland and joining a long list of sidelined stars.

The Cardiff Blues forward – who made his long awaited comeback from concussion against Ireland last week – is thought to have picked up a neck injury.

It means Navidi’s comeback from a head knock suffered in training back in August has lasted just one replacement appearance in Wales’ opening game of the tournament.

Josh Macleod was due to replace him at blindside flanker, but a serious injury to the Scarlets player in training means Aaron Wainwright will wear No.6 as one of five changes to the team that beat Ireland.

Macleod – who would have made his international debut – had to be carried off the training field on a stretcher with a ruptured Achilles tendon and will be out for at least six months.

Nick Tompkins and Owen Watkin form a new-look midfield with Liam Williams returning to the side to line-up alongside Louis Rees-Zammit and Leigh Halfpenny.

Adam Beard continues to partner captain Alun Wyn Jones in the second row. Wainwright comes into the back row to line up alongside Justin Tipuric and Taulupe Faletau.

“We were pleased to kick the tournament off with a victory last weekend and to be heading to Scotland with a win behind us,” said Wales head coach Wayne Pivac.

“We continue to build and to move forward and it is great to do that from a position of winning.

“It is a quick six-day turnaround this week but we are looking forward to getting back out there.

“We have picked up a couple of injuries but we see it as more of an opportunity for those coming into the side.

We have to feel extremely disappointed for Josh (Macleod) who we selected to start and to win his first cap only to be ruled out later that day through injury.”