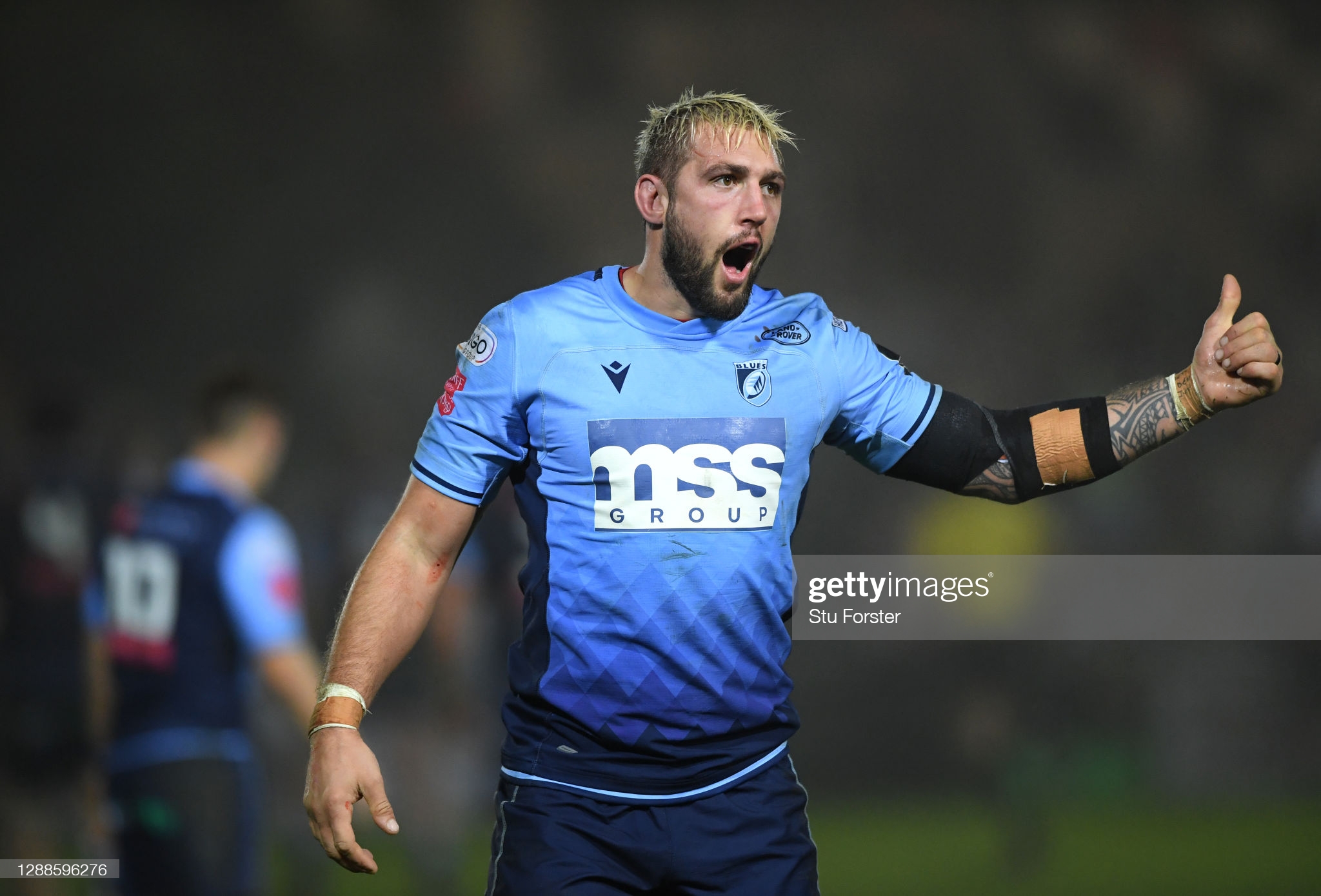 Josh Turnbull would welcome a Wales recall this summer – seven years after he put caps before cash by turning down a lucrative offer to leave Welsh rugby.

The offer to join a side Turnbull refuses to name came when the 33-year-old forward swapped his home region, the Scarlets, for current side Cardiff Blues back in 2014.

Turnbull doesn’t regret the decision and he is hopeful his stunning domestic form this season for Cardiff will earn him selection with Wales this summer.

“Before I came to the Blues there was an opportunity to go to England. I didn’t think it was the right fit at the time and I had aspirations to win more caps,” said Turnbull.

“I wanted to give it a really good crack in Wales and I don’t regret it one bit. To have an opportunity to play for Wales is always huge so I’m never going to close the door on that.

“I’ll never say never. Who knows what they’ll do this summer? I know Wayne Pivac has spoken about going down the development route and bringing young players in to have a look at.

“All I can do is keep playing well and if it comes, it comes. I’ll never turn it down.”

Turnbull’s first Wales cap came as long ago as 2011 and he has been in and out of squads ever since.

His last international appearances came with two cameos off the bench in the 2018 tour of Argentina – the country coming to Wales this summer along with Canada.

If Pivac is selecting on the strength of regional displays, as he did when picking Dan Lydiate – also 33 – for this year’s Six Nations, then Turnbull must be involved.

Along with Dragons wing Jonah Holmes, Turnbull is the form player in Wales right now.

Wales wing legend Shane Williams has recently described him as an “absolute machine.”

“To hear that from an ex-professional who has so much respect in the game is nice,” said Turnbull.

“I’ve always prided myself on being one of the fittest in the squad. I know I’m going to still be going strong in the 75th minute and making crucial turnovers, hits and carries – that’s one of my X Factors. I think the boys know they can rely on me in the trenches and dark moments.

If Johan Cruyff played rugby, he would be Josh Turnbull

This signature move is already being called the Turnbull Turn. https://t.co/G3ElzwbHZb

“When I first started to break in with Wales, Ryan Jones, Martyn Williams, Andy Powell and Jonathan Thomas were there. Three of those four are Lions.

“Then there was Sam Warburton, Dan Lydiate, Taulupe Faletau and Justin Tipuric. That’s another four Lions. You’ve got to be at the top of your game to get in front of them and I’m not bitter I haven’t got more caps. I’m chuffed to bits with the ones I’ve got.”

Turnbull moved into third in the PRO14’s top appearance makers when he captained Cardiff against Munster last Friday night in a narrow 31-27 defeat at Thomond Park. It was his 207th outing.

“At the moment I’m playing well. I’ve still got three years left on my contract after this season so I’m really looking forward to seeing what direction we go in under Dai Young,” he said.

“There are so many quality players in Wales and I obviously want to throw my hat into that ring, but I won’t be bitter if I’m not selected.”

2 thoughts on “Josh Turnbull Hopes For Wales Recall . . . Three Years After His Last Cap And Seven Since His Big Call With Cardiff Blues”