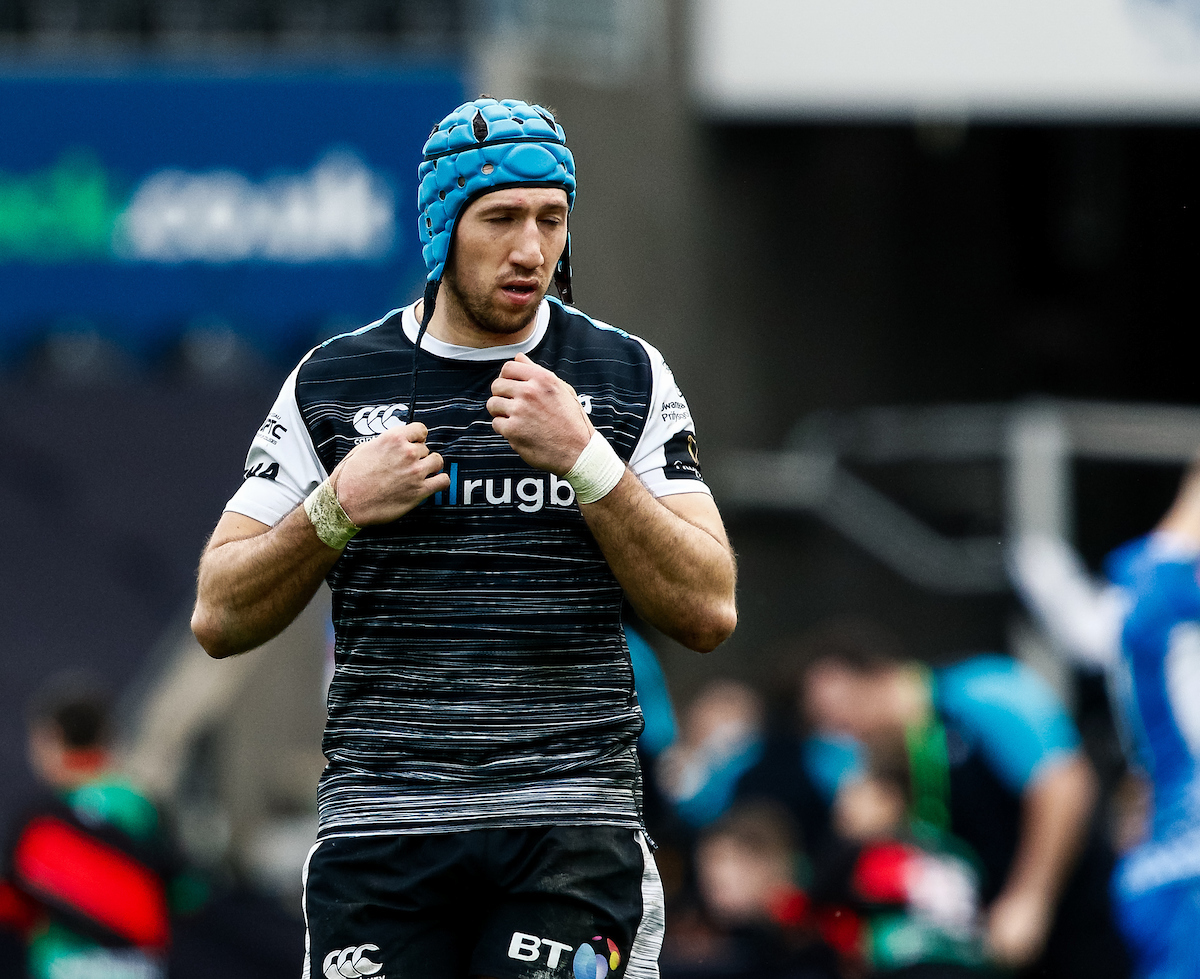 The Wales flanker was part of the O’s side that beat rivals the Scarlets on Saturday night to clinch their place in next season’s Heineken Champions Cup.

The 21-10 Guinness Pro 14 play-off victory at the Liberty Stadium proved that after a period where their dominance had been usurped by the Scarlets – and briefly threatened by the Cardiff Blues – the Swansea region are once again top of the pile in Wales.

Remarkably, their recovery can be traced back to early March, following a run of six successive defeats and the notion – first expressed privately, then in public – that they should not only merge with the Scarlets, but be very much the junior partner.

Their coach, Allen Clarke, blew the whistle on those plans with a passionate defence of the Ospreys during a live TV interview and since then his players have responded in the best way possible with five straight victories.

“After everything that has gone on this season it’s a nice way to finish off,” said Wales and Lions flanker Tipuric.

“It just shows how tight everyone is in our squad and how everybody came together towards the end of the season after all the rumours.’’

“After we came back from the Six Nations we could easily have folded and lost every game, but instead we finished off winning every match.

“I never felt the group would fold. The character of the players in the squad meant that was never an option.

“This is not a time to celebrate, though, because we need to push on the Champions Cup to compete and not just be happy to be involved in it.”

The Scarlets will have to settle for playing, for the first time, in the second-tier competition – the Challenge Cup.

Clarke has admitted he had suffered some sleepless nights this season between the time the merger was on the table to the point at which it was tossed into the bin.

From that point onwards, there was a determination to justify their continued existence and their livelihoods.

“You could see a freshness once you realised we were going to exist as Ospreys,” said Clarke.

“I have respect for every player in our group and they have been incredibly resilient throughout the season.

“It’s been draining and probably what you see on the exterior means you don’t understand what is underneath. There have been a lot of sleepless nights for a lot of people.

“Our players had the appetite and were desperate to play in the Champions Cup and you could see that.”

Wales and Ospreys wing George North was missing for the first stage of his team’s recovery due to a hand injury suffered playing for Wales, but returned on Judgement Day against the Blues and played a try-scoring role against the Scarlets.

North said: “Everything was kicking off behind the scenes and we heard different bits and had a few meetings.

“All the Chinese whispers got taken into a wildfire. But there was no point panicking or worrying until it was all sorted. I just had to sit and wait to see what would happen.

“The Ospreys are very much standing on our own two feet now, and we will be fighting next year.”

The Ospreys’ victory came through tries for North, Olly Cracknell and replacement wing Hanno Dirksen, who was yellow-carded in the first half. Sam Davies kicked two conversions and Luke Price one.

The Scarlets played their part in the one-off match, with Jonathan Davies grabbing their only try and Leigh Halfpenny kicking a penalty and a conversion.

The Ospreys included Wales captain Alun Wyn Jones in what could be his last game for the region. The 33-year-old has yet to decide on his future.

Hooker Scott Baldwin was playing his last game for the Ospreys before joining Harlequins.