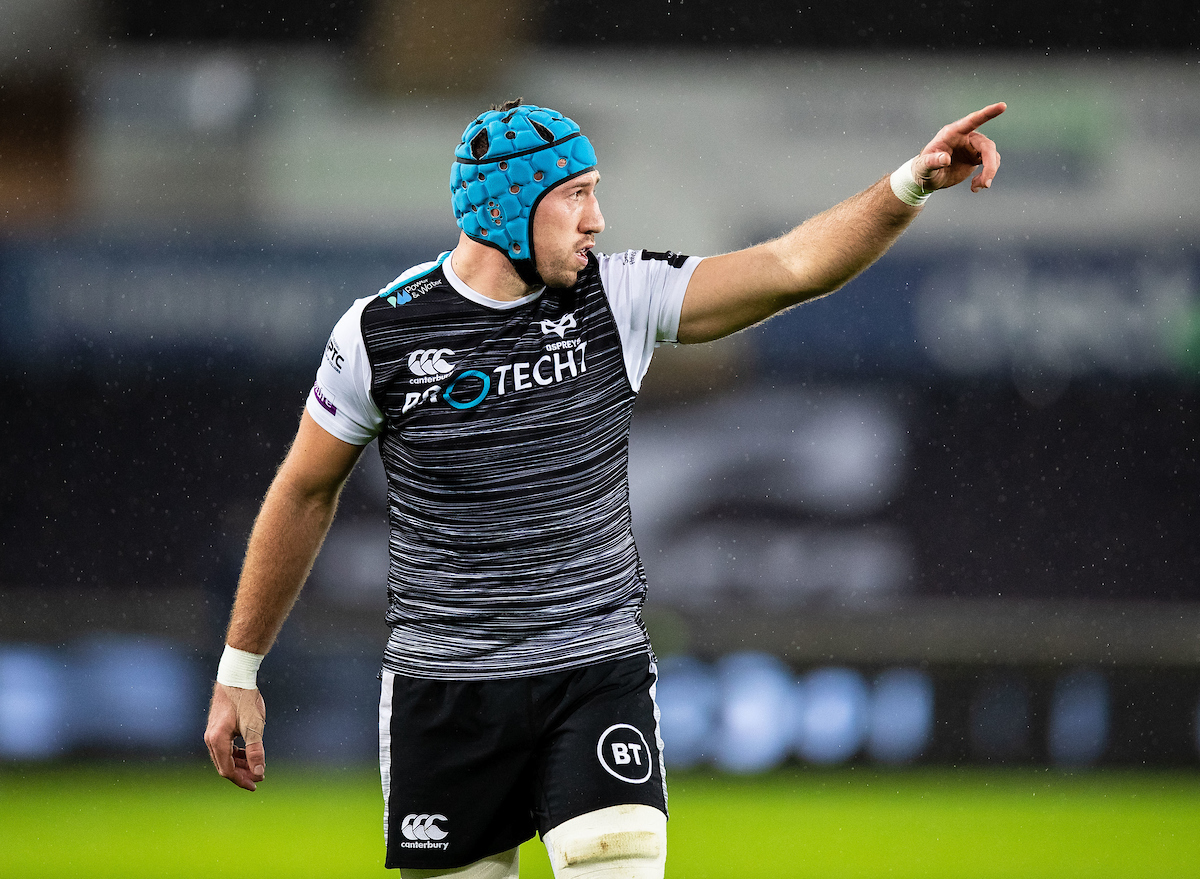 Justin Tipuric has admitted the Ospreys have reached rock bottom by losing for the 11th time in 12 matches and for the first time at home to Cardiff Blues for 14 years.

The Wales star – who captained his team while they await the return of Alun Wyn Jones – confessed that the region are currently a team devoid of confidence after they lost 19-16.

Swansea has been has been a nightmare venue for the men from the capital for more than a decade, but their luck changed at the Liberty Stadium on Saturday night – despite Filo Paulo, Tomos Williams and Josh Adams all spending spells in the sin bin.

The Blues’ victory was built on a crucial try from Jarrod Evans which was created by Williams while their opposition failed to make the most of their numerical advantage.

Tipuric insisted: “We are better than that. We have strong characters in this team and we have to go forward. We cannot go further back.

“When you are high on confidence those things happen for you and it’s just not there at the minute.

“It’s tough and it’s not nice when you are losing, but we will have a few boys back for the next few games and we just have to keep building.

‘When you get one or two wins, things change and we saw that at the end of last season. It doesn’t get much easier with the Scarlets away on Boxing day, it’s a big rivalry, but there is only one way and that’s up for us.

“Just after half-time, we were on their line and we should have scored. That was probably the game right there. We could have pushed on but there is lack of confidence in the team at the moment and we are making mistakes.”

Blues head coach John Mulvihill said: “I thought it was a game that we probably could’ve played a little bit better, but it just shows the character of the team, when you’re down to 13 for that long and the other team don’t score many points,” said the head coach.

“They hung on together, and it’s definitely a squad game. The boys who came on made big improvements as well and we kept that pressure on.

“You always come down here and one thing I admire about the Ospreys is that they never go away. They always hang in, regardless of what’s going on around the place.

“They always give you a tough game, and that’s what we’ve found. We were just happy to come away with the win tonight.

“From all the history of coming down here and not getting the right results, we just needed a positive and upbeat week, and that’s what we had.

Marty McKenzie gave the hosts an early three-point lead after the Ospreys won a scrum penalty and his team then had a try ruled out. Scott Williams grubber kicked through, but Cai Evans knocked on in his attempt to score. Still, the Ospreys were dominant with the Blues stuck in the traps.

Blues full-back and former Osprey Matthew Morgan needlessly kicked out on the full, but his team did level the scores and then take the lead through two simple Jarrod Evans penalties.

Ospreys went straight on the attack following the second of those kicks when the Blues failed to claim the restart. Although a try didn’t arrive, McKenzie was given the chance to level the scores.

His kick struck the posts and the Blues had a reprieve.

Shane Lewis-Hughes is named Man of the Match, and gives his reaction to @cardiff_blues‘ first win in Swansea since 2005

“We knew how important it was coming down here today to get the first win and kick our Christmas off. It’s the first of many big games for us.” pic.twitter.com/NAkUo1Q3Jy

Their luck didn’t last long with Paulo then yellow carded for needlessly charging into the back of Hanno Dirksen in dangerous fashion.

TMO Tim Hayes was consulted to make the decision. The Ospreys then drove towards the line and Dan Lydiate dived to score only to be scragged by Blues scrum-half Tomos Williams who was yellow carded for his high shot.

Referee Dan Jones also awarded a penalty try and an automatic seven points as the Blues – who saw Jarrod Evans miss a penalty effort just before the break – went down to 13 men. The action continued in the second half.

Dirsken butchered a two-on-one with Olly Cracknell outside him and almost as soon as Paulo returned to the field, Adams replaced him in the sin bin for a professional foul.

Paulo also hit Aled Davies hard but fair and Tomos Williams raced back into action as the toing and froing and poor discipline in the Blues’ ranks continued.

Captain Will Boyde hit Davies high and McKenzie made it 13-6, but Blues replacement Jason Tovey cancelled out the effort before Tomos Williams came up with a moment of magic.

He picked up at the base, chipped ahead, and Jarrod Evans – who had shifted to centre following Tovey’s arrival – collected to score close to the posts for a try Tovey converted.

McKenzie responded with a third penalty, but then missed touch with Tomos Williams showing his skill to keep the ball in play and it allowed the Blues to edge the encounter.

Tovey’s late kick was the difference after his team won a scrum penalty.