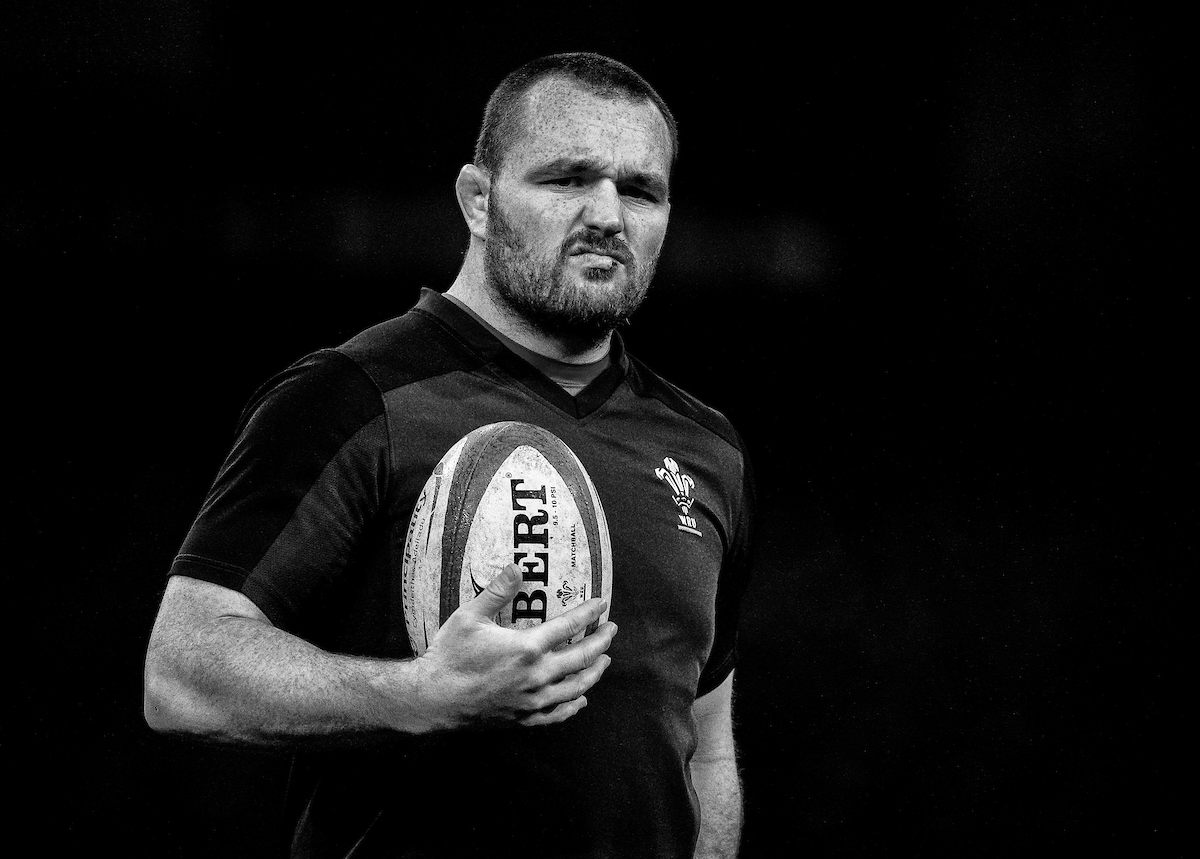 Ken Owens was one of 10 Welsh players and four Scarlets to make the British and Irish Lions squad, but there’s no rest for The Sheriff. He’s back in action on Saturday in the Rainbow Cup against the Ospreys, underlining the dedication that will make him the Lions’ Test hooker, says Adam Jones as he tells Graham Thomas.

Ken Owens is “nailed on” to become the Lions Test hooker this summer, according to his former Wales front row teammate Adam Jones.

Owens was one of four Scarlets and 10 Welsh players named on Thursday in the Lions squad to tour South Africa.

The Wales hooker will once again compete with England’s Jamie George for the Test No.2 shirt, but Jones believes their roles will be reversed from the 2017 tour with Owens starting and George on the bench.

Owen captains the Scarlets in their Rainbow Cup match at home to the Ospreys on Saturday night –  which will be shown in full later on S4C – while Wyn Jones, Gareth Davies and Liam Williams could figure next week as match opportunities reduce before the tour.

But judged on his form for Wales and his region this season, Jones reckons 34-year-old Owens will be Warren Gatland’s first choice after transforming himself from the young player he once packed down alongside.

“For me, he will be going out there as first choice hooker. It’s never set in stone but I would say he’s pretty nailed on to start that first Test.

“Without sounding harsh, Ken does an incredible job to get the most out of his body.

“But what he has always been is absolutely 100 per cent all the time. The last time I played with Ken in the Wales squad was six or seven years ago.”

“He was still a fairly young kid then. You could get him to do things for you. But now he’s grown into a leader.”

Owens has always been a fan favourite with Wales. The man nicknamed The Sheriff exudes pride and unwavering commitment to the cause and is always eager to get his hands on the ball.

But Jones – who played in five Lions Tests across the 2009 and 2013 tours – insists Owens still also possesses the best all-round game of any hooker available to take on the Springboks.

“He is incredibly passionate to be Welsh. You can see it when he sings the anthem. It’s intense for him. But he has also become a very good rugby player and he gives 100 per cent in every game.

“His set-piece game is excellent. He’s good at carrying the ball, he’s a very good defender but maybe his strength in the set piece goes a little under the radar.

“He’s a good scrummager and he throws in very well.

“He’s all-action and runs through brick walls for his country, but maybe the nuts and bolts of his game – and how good he is – goes under the radar.

“He’s just a wonderful player. He’s also a good bloke – one of the best I’ve come across in rugby.”

Here’s Ken Owens’ son Efan and his classmates watching his dad be named in the Lions squad. For all the debate and speculation, ultimately, this is what today is about. https://t.co/XMDFK54EDn

Jones is optimistic the Lions can beat the world champions, something he was unable to do in South Africa on his first Lions tour 12 years ago, when the hosts won the series, 2-1.

That tour became a ferocious physical battle for the Lions with Jones himself the victim of a controversial clear-out by Bakkies Botha in the second Test that left the former Wales prop with a dislocated shoulder.

“It’s the size and the mindset of the South Africans. They are aggressive and it will be very physical, just as it was in 2009.

“But we are talking about the best 36 players in British and Irish rugby so they will bring their own level of physicality as well.

“It can be an intimidating, but perhaps it will be less intimidating if there are no fans.”

Whatever the outcome Jones says Owens and the other nine players selected are part of what he believes is the richest tradition in the game.

“If you grow up where I’m from you are made aware of the Wales team and the Lions at a very early age.

“There was the first Living with Lions video in 1997, which was massive for me in understanding the passion around the players and the coaches and what it means to them.

“Ian McGeechan and Jim Telfer and these guys just drove it. They showed what it was to be a Lion.

“I used to be able to recite all the speeches from that video.

“As soon as you get that Test jersey, that’s the best feeling. It doesn’t get better than that.”

Full broadcast of the Rainbow Cup match between the Scarlets and the Ospreys played earlier in the day at Parc y Scarlets.