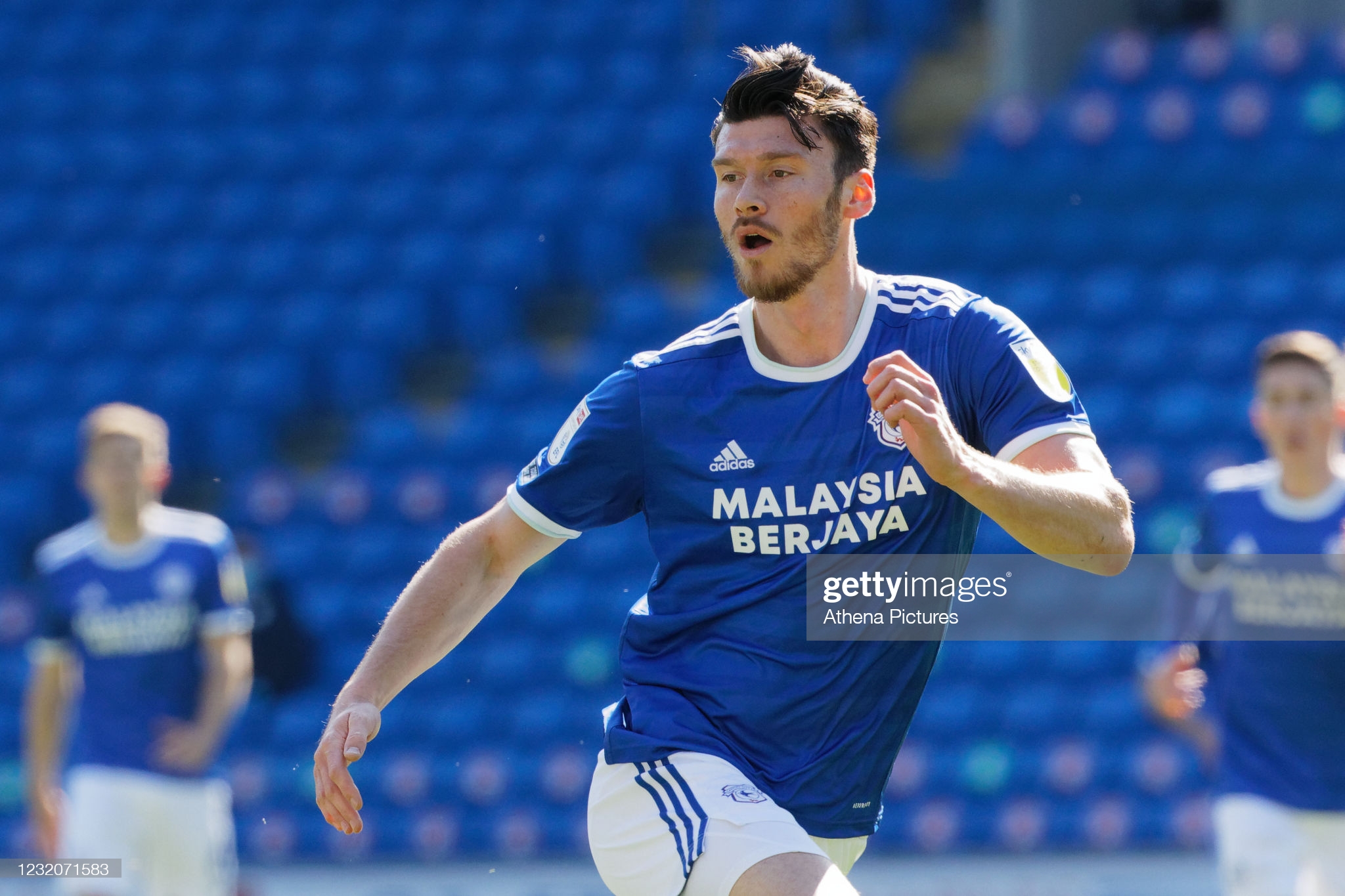 Kieffer Moore could leave Cardiff City if he makes an impact with Wales at the Euros this summer, manager Mick McCarthy has admitted.

The Bluebirds striker made it 20 goals for the season with a strike in either half in the 2-1 win at home to Wycombe before Will Vaulks was dismissed late on.

That tally made Moore the first Cardiff player to reach the 20-goal figure since the late Peter Whittingham managed it from midfield in the 2009-10 season.

With the forward also having become a key player for his country, McCarthy concedes offers difficult to refuse could be made for the 6ft 5in Moore in the coming weeks.

“I love to see players progressing but if he leaves here, that’s what happens,” said McCarthy.

“You sign players, they score 20-odd goals, and you get interest from other people – there is nothing you can do about it.

“He’s been terrific. The shift he puts in every week is amazing. We have not got a direct replacement for him, so he has played all the games.”

At 28 Moore is still young enough to make an impact at a higher level than the Championship and Cardiff would be tempted by any offer above £5m, which would represent a significant profit on a player they bought from Wigan for £2m in August of last year.

Four of Moore’s 20 goals have come in Cardiff’s last three matches, when their interest in the play-offs came to an end and McCarthy added:  “All I ask is that when they are here they give every single bit and that’s what he’s doing.”

Wanderers manager Gareth Ainsworth has challenged Wycombe to avoid finishing bottom of Championship after their hopes of beating relegation were virtually ended by the defeat.

Ainsworth’s Chairboys have to win their last two games, hope Derby lose theirs, and overturn a 13-goal deficit to stay in the second tier against all the odds.

“There is a glimmer of hope and if the worst happens, we will have a chance to get another promotion on our CVs.

“That’s my focus. I’m looking forward to what we can do next season and we’ve learned so much at this level. We got promoted earlier than we expected, but what that’s done is allow us to build.

“I’m confident this club will be challenging for Championship promotion again, now we’ve had this experience. We know what it’s about and we won’t be losing our first seven games next time.

“Our form in the second half of the season has been outstanding and I’m really proud of the boys. If we’d done that in the first half, we’d have been safe.

“My challenge is not finishing bottom of the Championship – what an achievement that would be. Let’s see what we can do.”

Cardiff took the lead when Moore cut in from the right and unleashed a powerful low shot.

Wycombe equalised just before the break. Perry Ng lost possession and Fred Onyedinma drove forwards before he was felled by Cardiff captain Sean Morrison in the box.

Onyedinma finished calmly in the second half, but Admiral Muskwe was penalised for colliding with home goalkeeper Alex Smithies.

It proved crucial as Moore then made Wycombe pay for their missed chances.

Vaulks came on in the third minute of added time and was almost immediately given a red card for a nasty challenge on Curtis Thompson.