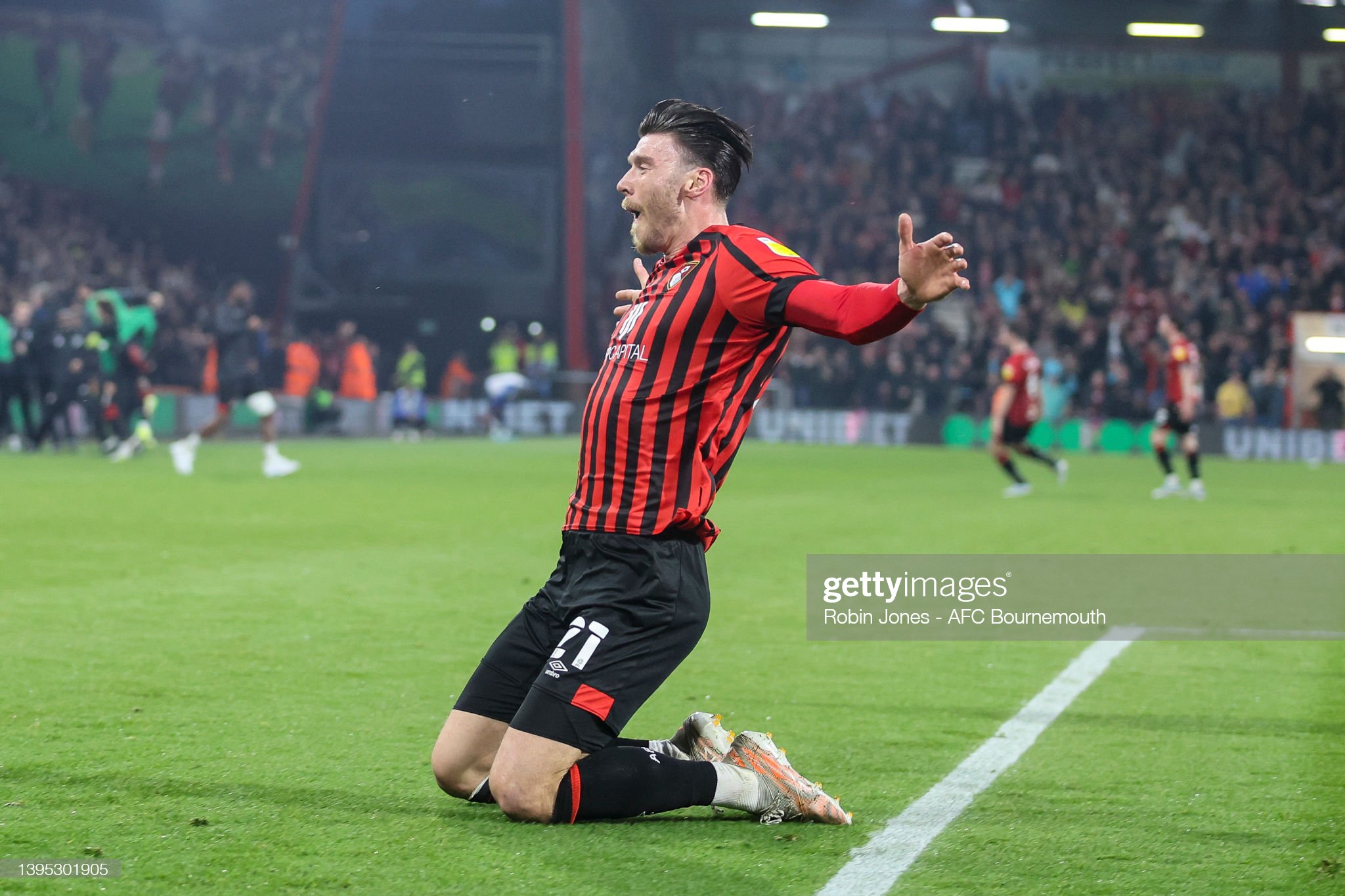 Six years ago, Kieffer Moore worried his career had frozen but now he is one game away from the heat of a desert World Cup and the biggest hat-trick of his life.

The Wales striker is about to become a Premier League player with Bournemouth, has got engaged to fiancé Charlotte Russell, and now just needs a place at the World Cup finals to make 2022 the year that made Moore merrier.

Yet back in 2016, the 6ft 5in hit man was returning from a stint in the Nordic city of Stavanger, where he failed to break the ice by scoring a single goal for Norwegian club Viking.

It was a numbing spell that has left Moore feeling blessed to now be one play-off match from the heat of an Arabian World Cup adventure.

“For me, the polar opposite of being at a World Cup was coming back from Norway,” says Moore, who is set to play for Wales in Poland on Wednesday in the Nations League, before they face either Scotland or Ukraine for a place in Qatar.

“I had a stint in Norway, playing for Viking, and then I came back to sign for Forest Green Rovers.

“Before that point of returning, I was thinking, ‘I don’t really know where I go from here.’

Kieffer Moore on David Brooks: “He’s amazing and we miss not having him in the team. When he’s back he will bring great application to the Premier League and to our team.” pic.twitter.com/RosvBzfwUZ

“I knew I had to go to a team where I had to shine. For me, personally, going away and not experiencing great times and being away from my family, it re-lit the fire in my belly that I wanted to get everything out of football.

“I’ve always had that faith and confidence in myself to get where I am today. I felt I had a chance in the EFL, then played in the Championship, played in League One, but then I went to Norway and found myself out of the Football League.

“At that point I felt I still had a chance, albeit a second chance, but I was determined that if I did get a second chance I wouldn’t let it slip like I did the first time.”

Moore’s journey took him from Truro City to Dorchester Town, and Yeovil before he went to Norway. After Forest Green, he rose steadily via Rotherham, Barnsley, Wigan and Cardiff City until he joined Bournemouth in January.

Even the last hike to the summit of promotion to the Premier League was a struggle with the Cherries as he broke a bone in his foot days after joining.

But his value to Wales is underlined by eight goals in 24 caps, whilst he struck four goals in his club’s final three matches to seal their promotion.

“I have done a lot of work on the mental side of the game,” says the 29-year-old former lifeguard.

“I’ve read countless books, studied mental approaches and tried to improve myself in that way. I’ve worked a hell of a lot on it to improve the mental side.”

Kieffer Moore Blasting Bournemouth To Premier League Promotion Is Only The Second Best Thing To Happen To Them This Week . . . As David Brooks Gets The All Clear

If he gets some minutes under his belt against the Poles, then Wales manager Rob Page is likely to combine Moore with Gareth Bale and Dan James as a three-pronged attack to throw at either the Scots or Ukraine next Sunday.

“It would mean everything to get to Qatar,” says Moore.

“Playing at a World Cup is the pinnacle of football. If I could do that in the same year as playing in the Premier League then it’s an amazing achievement. It would be a pinch myself moment.”

Moore has had a whirlwind few weeks after being sidelined for over two months with a broken foot.

The injury came within a few minutes of the forward making his Bournemouth debut. Moore missed Wales’ World Cup play-off victory over Austria in March, but scored four goals in as many games as the Cherries returned to the Premier League after a two-season absence.

“I have played nowhere near as much football this season as I wanted to, and it was a tough road getting back with all the rehab and everything I had to overcome,” says Moore.

“But to score those goals at the end of the season and get promoted to the Premier League was amazing.

“I feel really good. The break has helped me get rid of a lot of niggles I was dealing with throughout the season and feeling in great form.”

Wales start their Nations League campaign in Poland on Wednesday.

Wales boss Rob Page: “I’ll use Nations League games as tool to give Brennan Johnsons of the world an opportunity, expose them to top players + top teams.” 🇵🇱🏴󠁧󠁢󠁷󠁬󠁳󠁿

But all thoughts are on the play-off final against Scotland or Ukraine in Cardiff the following Sunday, with Wales one win away from ending a 64-year wait to play at a World Cup.

“I scored a goal to help take Bournemouth back into the Premier League and I’m definitely dreaming of scoring the winner to take Wales to the World Cup,” adds Moore.

The March postponement of the Scotland-Ukraine game has allowed Moore to regain fitness for a World Cup play-off decider he would have originally missed.

“I’m very lucky to be able to play in this game. I got injured for the first one, when unforeseen things happened, but thankfully I’ve now got the chance to play my part.

“I’m very happy about that. Scoring the goal that takes your nation to the World Cup is what everyone is dreaming of.”