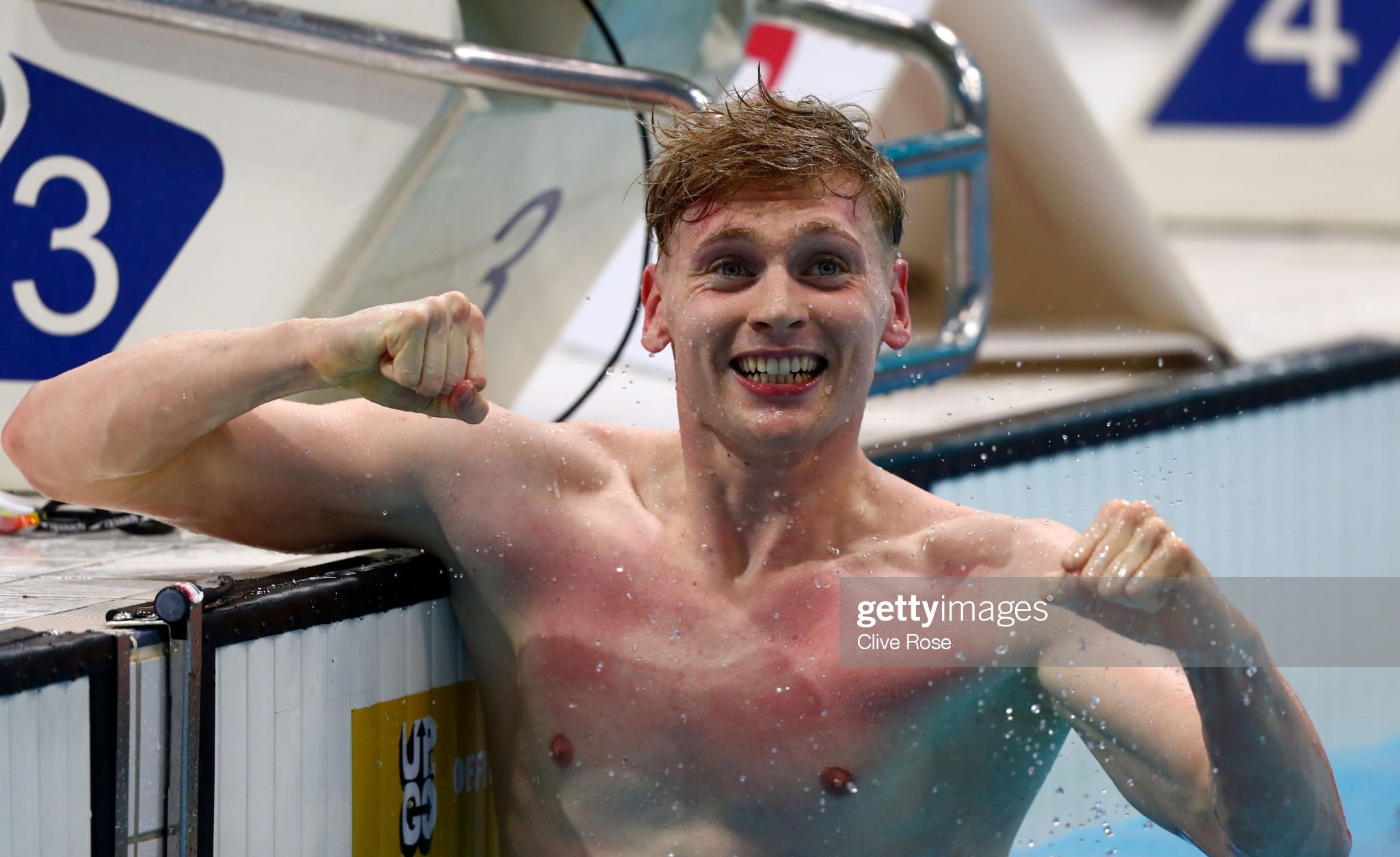 Welsh swimmer Kieran Bird will begin his Olympic dream in Tokyo this weekend and is looking to take inspiration from his footballing idols Gareth Bale and Aaron Ramsey.

The football-mad swimmer warmed up for his men’s 400m freestyle heats on Saturday by re-running in his head highlights of Wales’ dynamic duo and their impact at Euro 2020.

Bird, who played football as a youngster and once preferred it to swimming, is now aiming to replicate the impact Bale and Ramsey had against Turkey a few weeks ago when he bids to follow in the footsteps of recent Welsh swimming Olympic medalists Jazz carlin and David Davies.

“My main sporting role model is Gareth Bale but my dad is an Arsenal fan so I like Aaron Ramsey too,” said Bird, a 21-year-old who is based in Bicester in Oxfordshire, but represents Swim Wales through Welsh parents.

“Neco Williams is a hero, too, as I’m a Liverpool fan. There’s lots of big names at the moment for Wales who have all done so well.

“They have all represented Wales superbly over the last few years and have created a lot of interest in the sport for everyone, so hopefully I’ll do the same with swimming.”

Bird was one of the shock winners at the GB Olympic trials in April when he stunned onlookers by smashing his personal best time by almost five seconds to win the 400m freestyle in a time of 3:46.00.

Yet the member of Swim Wales’ super six contingent of swimmers in Tokyo preferred football whilst growing up until he realised his major sporting talent was in the water rather than on land.

“As a kid, I was big into my football and I did a bit of karate too. I played football on a Sunday and for my school,” explained Bird.

“I actually enjoyed football more than swimming but I have always been better in the pool rather than on the pitch!

“I like to win so I didn’t take much persuading to take it seriously. Then, when you win you want to win even more.

“I’ve always had that hunger but especially after winning my first national gold, I wanted to do it again and again.”

Bird is joined in Tokyo by the rest of the Welsh six – Harriet Jones, Alys Thomas, Dan Jervis, Kieran Bird, Matt Richards and Calum Jarvis. It’s a record number of Welsh swimmers at any Olympic Games.

They represent something of a golden age for Welsh swimming as they make up almost 25 per cent of Team GB’s swimming squad.

Bird was initially part of the Swim England programme before switching his allegiance to Wales.

“When you’re little, you don’t really have a thoughts process, especially as I didn’t take swimming too seriously until I was 16, so I just automatically joined Swim England even though my dad and grandparents wanted me to join Swim Wales,” said Bird.

“I never envisioned myself to be an elite swimmer but this season I sat down with my parents and said I want to take this seriously now and swim for Wales.

“Particularly with the Commonwealth Games coming up next year, I looked at it and thought that due to my heritage I’ve always been more passionate for Wales rather than England.

“My family in Wales are from Brecon. You can go back through the generations they have all been little townies from in and around Brecon.”

Bird is full of praise for the Swim Wales set up and really values their support.

“The Swim Wales programme is incredible. The team are always reaching out to me.

“It is great to know that they care. At the trials they came to find me instead of me looking for them.

“That’s massive as it makes you feel appreciated.”

Bird, who is competing in both the men’s 400 and 800m freestyle events can’t wait to get started in Tokyo this weekend.

“I’m comparing it a bit to the trials that have just happened as that was the biggest competition of my life at the time.

“Before the trial, there were nerves but I controlled them well. I like my nerves. I love turning them into excitement and using them to race fast.

“I’m sure it will be similar to that. I’ll be going to bed the night before thinking about my processes and taking it all in.”