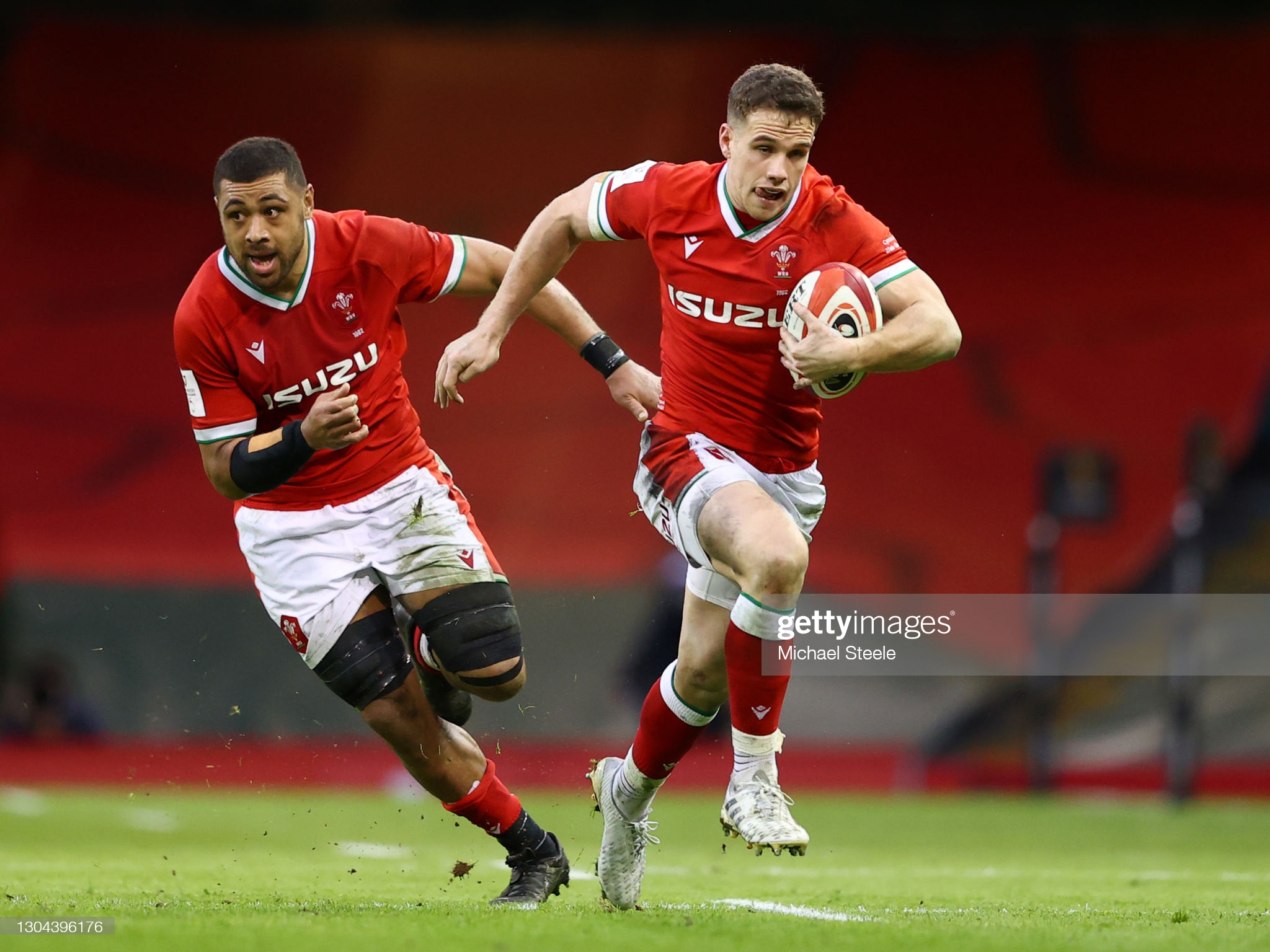 The young scrum-half has played his final part in the Six Nations after suffering a hamstring injury in the second half against England.

Hardy, who made his debut against Georgia in the Autumn Nations Cup, went over for a try in last weekend’s 40-24 victory after a quick tap caught the English napping, before his injury caused him to leave the field.

Jones explained how disappointed he was for the Scarlets No.9.

“Where that leaves us with scrum halves is simple. We’ve got three left in the squad – who are good to go,” said Jones.

“It’s unfortunate for Kieran. He has worked particularly hard on his game to improve aspects.

“He’s a very fit guy. He works hard on his fitness – there is a huge amount of pride there.

“We thought his performance was excellent on the weekend. It’s unfortunate for him that he’s not in a position to back that up.

“You always look at how people cope under a pressure situation, and Kieran had one kick charged down from (Maro) Itoje. It didn’t fluster him – he stuck to his process.

Looking back at the Triple Crown-clinching encounter in Cardiff, Jones was also extremely impressed with how his side were able to close out a very physical game.

After being 24-14 up in the early part of the second half, England managed to claw their way back into it.

“You look at the last 20 minutes. It was 24-all and for us to score 16 points in that last 20 minutes – that was good game management from the boys,” said the former fly-half.

“I thought we were ball tough, our efficiency at the contact area was good, which allowed us to control that last period of the game, which was very important.

“They were superb in a very physical match. I know there’s no crowd there, but you can hear pretty much every collision and every carry.

Cruel on Kieran Hardy who was very good against England in the biggest game of his career to date. Will miss the rest of the Six Nations and has been released from the Wales squad due to a hamstring injury. https://t.co/16oqHho5hk

“For the boys just to get up and repeat sets and keep on trying to win the collisions was great. The contact area was ferocious, and our boys applied themselves very well.”

Wales have now scored 10 tries in their opening three matches. Two of these were Josh Adams’ and Liam Williams’ controversial scores in the first half against their old rivals.

Jones is happy to just focus on what he can control and nothing else.

“It’s the nature of all international games – some go with you; some go against you,” the 43-year-old said.

“That’s how it is. I can assure you from an attack coaching perspective – I’ve got enough to focus on and make sure we improve on.

“There’s aspects of our game from attack that we’ve got to make sure we make big strides on because they’re areas that can add to our game.”

Despite Italy not having won a game in the competition since 2015, Jones is not taking Wales’ trip to Rome for granted.

“It’s very simple. We respect Italy, we respect the players they have, the coaching group they have, and they’re a very physical outfit.

“We’ve got to make sure we’re more efficient, we move the ball in a better manner.

“We’ve got lots of things that I need to improve on. It’s very simple – we’ve got to get our own house in order.”

Wales face Italy away in Rome on Saturday 13th March.