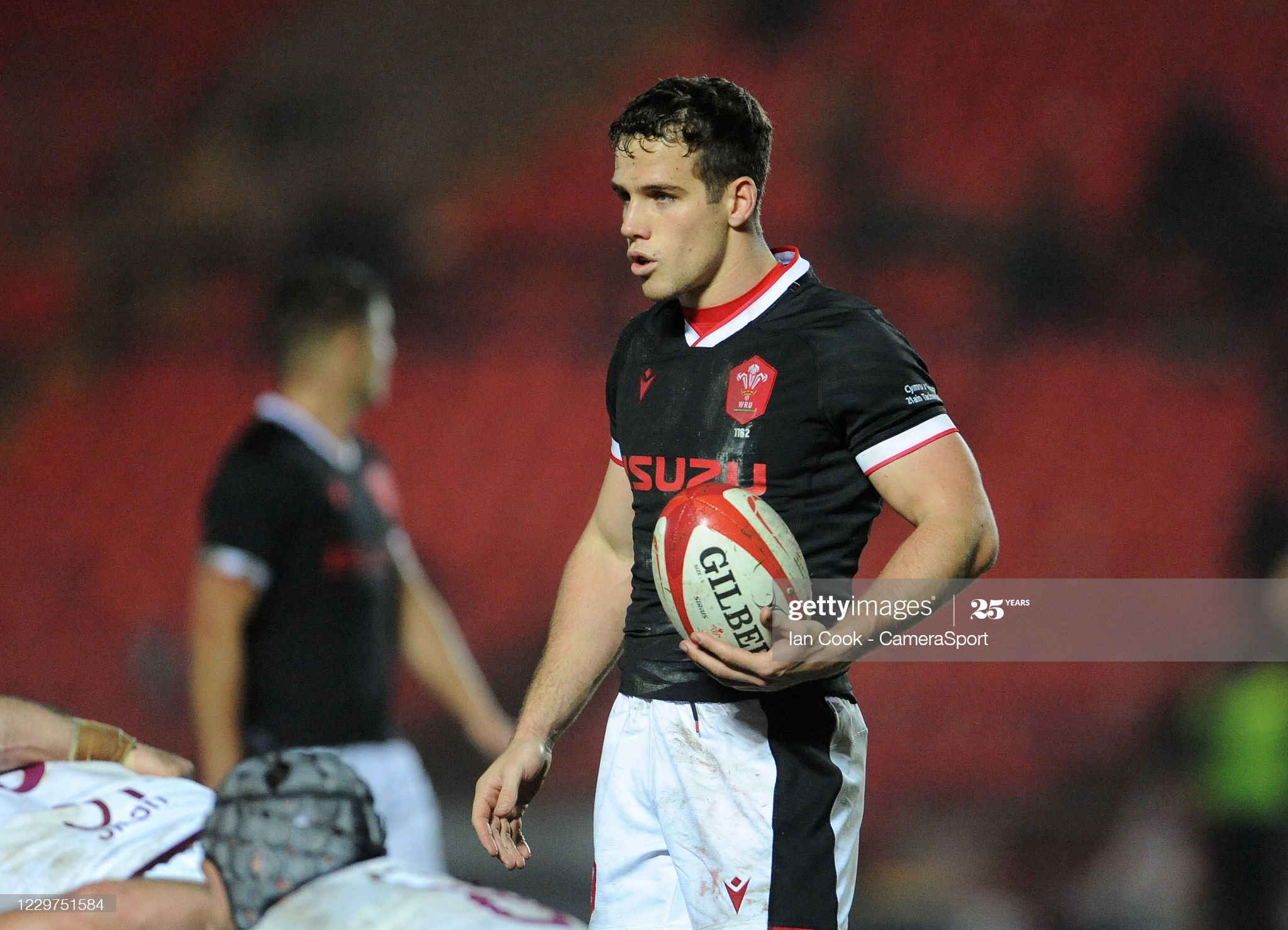 The Jersey boys will be uniting again tomorrow as three former players of the Channel Islands club – Kieran Hardy, Callum Sheedy and Will Rowlands – prepare to face Italy. Hardy has had a brief taste of Test rugby and now wants to challenge the more established names as James Dodd reports.

Kieran Hardy is determined to end Wales’ 2020 campaign by proving he can be first choice scrum-half in 2021.

The 25-year-old from Carmarthen made his debut a fortnight ago in Wales’ 18-0 victory over Georgia at Llanelli.

Now, the Scarlets player is excited to resume and believes Saturday is a great opportunity for him to lay down the challenge to Lloyd Williams, Rhys Webb, Gareth Davies and the injured Tomos Williams as Wales’ Autumn Nations Cup draws to a close.

Wales face the Azzurri to determine fifth place in the low key tournament, but Hardy has his sights set on bigger prizes like next year’s Six Nations and the 2023 World Cup.

“Obviously, I’m pleased to get another start this weekend. It was great to get my first cap against Georgia two weeks ago, but now’s the chance to back up that performance.

“I think the nerves are natural with that first kind of game. You just want to make sure you do everything you need to on your debut and come off the field pleased.

“This week I’m just looking to back that performance up and just make sure my standards are high as they were against Georgia.

“It was tough conditions in that Georgia game, so for me it was about being neat and tidy and making sure that all my core skills were good and just making sure that I did everything right for the team on the day.”

During that time, he played with current Welsh teammates Callum Sheedy and Will Rowlands – and all three Jersey boys will re-unite at Parc y Scarlets.

“Obviously it’s quite nice to play with Callum, I’ve played with him quite a lot before, so it’s obviously nice having that relationship outside.

“I think we worked quite well against Georgia. We’re both quite young and it’s another good opportunity for us both to show that we’re capable of playing this level.

“There’s a few boys that have come through Jersey to go on to play international rugby in the last few years. Obviously, I’ve had loads of messages from everyone in Jersey in the last couple of weeks.

“Everyone is really supportive over there. Hopefully, when we can we’ll go over there and catch up with everyone.”

Hardy has revealed how much he relies on the old heads and how different the Welsh camp is to a regional one.

“The boys are fairly experienced and if I can pick a little part out of everyone’s game then obviously, I’ll be going in the right direction.

“I want to be here for the long term as well, so it’s about nailing every opportunity I get.

“I think at the moment it’s just about making sure I do everything right in the week and making sure my performances put me in a good place to carry on.

“The first couple of weeks it was just about getting up to the intensity and the transition in training. I felt the sessions were a lot sharper and you had a lot less thinking time in-between drills.

“Those first couple of weeks were about adapting to this level and obviously the more you do it, the more you get comfortable doing what we’re trying to do.”

Much criticism has come from spectators lately – and from pundits – that international rugby is becoming boring and predictable.

Last week saw Wales and England kick the ball out of hand 69 times in total. Wales contributed 29 of these.

Hardy says: “Every team wants to play with high speed of ball and it’s obviously something we’re trying to achieve and it’s a big part of our game is our speed.

RCS Teamwear are delighted to announce that we have agreed a 3 year deal to sponsor Scarlets Scrum Half Kieran Hardy!

Kieran was recently called up to the Wales Senior squad for the Autumn Internationals and is an integral part of the Scarlets team since rejoining back in 2018! pic.twitter.com/Z0VOpGJyDq

“We speak about it a lot and the kicking game is big in international rugby.

“I think it’s inevitable that we’re going to have to kick at times and play for territory, but this weekend if we can get that speed of ball, it’ll be a good opportunity.”

This will be Hardy, and Wales’ final Test opportunity of what has been a challenging year. He may well be kicking out of hand at times on Saturday, but in 2021 he wants to kick on.