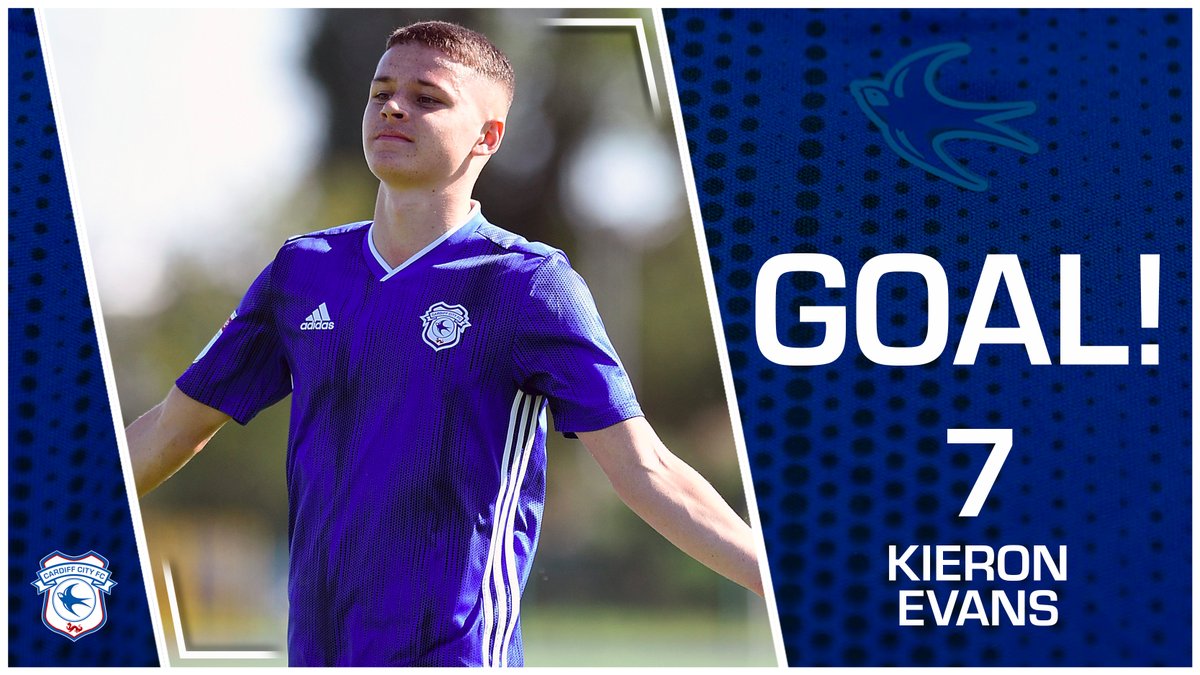 Evans scored a goal in each half for the young Bluebirds as they twice pulled back from a goal down to earn a draw.

The creative, energetic and tricky midfield player, who has pace and power, has scored 10 youth goals this season.

He first joined the City Academy at under-8 level, has been with the club for more than a decade and is on a two-year apprenticeship contract.

The former Heolddu Comprehensive School pupil was first spotted at the ‘Basin’ field playing for local team Bargoed YM. He is from the same area as former Wales, Cardiff City and Newport County defender Darcy Blake.

Coventry went ahead against Cardfiff when Sam Rodber tapped in from close range after three minutes before Evans equalised with a composed finish on 23 minutes.

Ngandu netted the Sky Blues’ second goal before the half-hour mark, scoring from a penalty-kick.

Evans scored his and Cardiff’s second goal with four minutes left, netting at the far post after Rubin Colwill created the chance.

The next fixture for Cardiff is against Charlton Athletic away on Saturday, February 29 (11am), while they are at home against Queens Park Rangers on Saturday, March 14 (Noon).