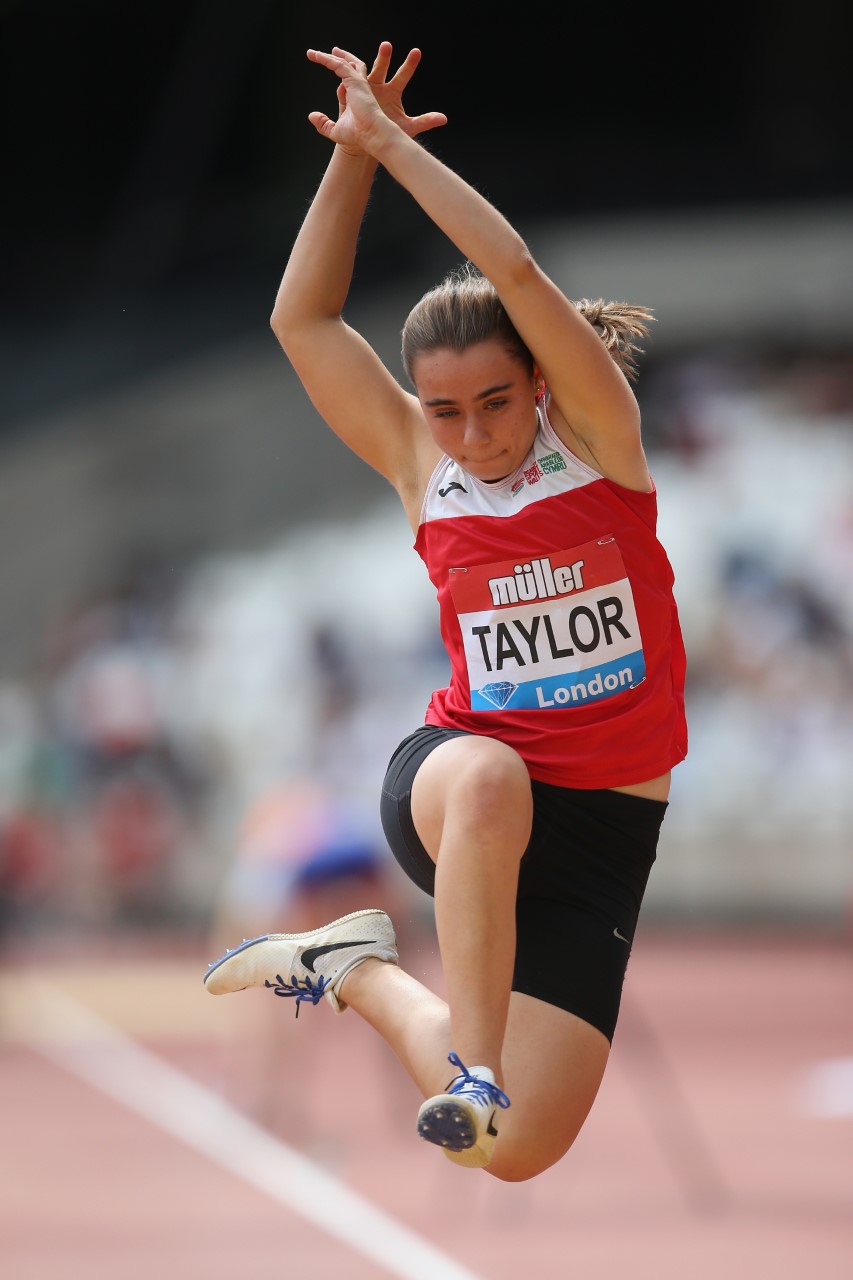 Team captain on her first appearance in a Great Britain vest, two world junior championships silver medals and a Diamond League debut  . . . it’s fair to say that 2019 was a good year for Kirsty Taylor.

The Welsh teenager hopes the experiences of the past 12 months will stand her in good stead to push on to even bigger and better achievements in the New Year and beyond.

However, the past 12 months will take some beating.

The Disability Sport Wales Para Academy T44 sprinter and long jumper made her GB debut over the summer at the World Para Athletics Junior Championships in Switzerland, where she was also team captain.

The Caldicott youngster said: “It was brilliant, it was my first championships and I didn’t quite know what to expect going in but I don’t think it could have gone any better.

“I came away with medals and a PB and the whole team environment was great really. It was quite a small team but we all got on really well and the coaches and staff were all brilliant and I was really proud of my performance.

“It was a real honour to be named captain and I was really proud of how everyone did. I didn’t see it as added pressure but I just went out there and made sure that I did my best because that’s all you can do, really.”

Following her success on the world stage, Taylor was invited to compete at the Müller Anniversary Games in the women’s T44-64 long jump, taking on 2017 world champion Stef Reid and European Champion Angelina Lanza (FRA).

“That experience was crazy,” said Taylor. “As a para-athlete, you don’t get that opportunity that much and there’s only ever a few events put on for para-athletes in the Diamond League.

“You don’t know if it will be your class, your event or even if you’ll have the chance to compete, but getting the invite was really special because it’s a rare opportunity.

“I’d never been to the London Stadium or a Diamond League meeting before. You see it on TV but when you’re there it’s so much more intense in real life. The crowds, the lights, the cameras and walking into the stadium and hearing the atmosphere was quite overwhelming at first.

“I took a second and was like ‘wow’ but then I snapped back in because I was there to compete, it’s still like any other competition and the athletes on show are amazing but this is still your long jump competition and you have to give it your best shot.

“I’ve competed against Stef before and she’s a huge inspiration and is one of the best in her class and is the standard that I want to get to but it is massive knowing they’ve invited me to be alongside them for an amazing opportunity.”

Taylor, who was born with talipes – a birth defect which can effect one or both feet – first came into athletics following the Discover Your Gold initiative from UK Sport and after being identified as someone with a talent from sprinting, has not looked back.

One of her first coaches was world, European and Commonwealth medallist Christian Malcolm at the DSW Para Academy.

Taylor recalls: “I went to Christian when I’d only been training for a few months and stepped into a training environment where some of the boys were training for the Commonwealth Games and some had been to a Paralympic Games, to see their work ethic and what it takes to get there was invaluable.”

The youngster is now part of the British Athletics Paralympic Futures Academy Programme, which had identified her as an athlete who has the potential to represent Great Britain and Northern Ireland at future Paralympic Games and future WPA world and European Championships.

Being on the programme, Taylor has had the opportunity to travel to Grosseto in Italy for the WPA Grand Prix, and access a variety of workshops to help improve her performance, but she admits that learning alongside other athletes on the programme has been one of her most beneficial factors this season.

She added: “It’s really important to have the small milestones and they help build and prepare you for championships and I definitely think without the support of the programme, this year wouldn’t have gone as well for me as it has.

“All the work they put into you with the workshops and going abroad for competitions better prepares you for the future and you have to take what you learn and try and apply it all to help you through your career.

“The biggest benefit for me has been the other athletes on the programme. I like the way that it works because there’s a range of first, second and third years and everything you do, whether it be anti-doping or nutrition, the other guys have been there.

“To have athletes in the room that can bring their real-life experience to it is great. The workshops are great and have really benefited my knowledge, but the personal experience makes a big difference.”

Her current coach is Joe McDonnell, who has coached Paralympic champions Sophie Hahn and Libby Clegg, along with world U18 and European U20 200m record holder Amy Hunt.

To be a part of such a strong group and have already worked with some of the best names in the sport is something she hopes will continue to benefit her in 2020 as she aims to build towards the WPA European Championships.

“I remember being told they [UK Sport] were trying to pick people to go to the next championships and Paralympics and I remember thinking ‘that would be good, I probably won’t get there but it’ll be a bit of fun’.

“All of a sudden they’re telling you you’ll be representing Great Britain. There were athletes who’d competed for Great Britain there telling me I’ll be one of them soon and now I am, it’s mad!

“Coming to Loughborough now with Joe, I already knew him from the Futures Academy and when he knew I was coming, he said he wanted to coach me. He’s had so many amazing athletes that he’s brought through and that are there now. To have so much knowledge and experience to help us develop has been brilliant.”