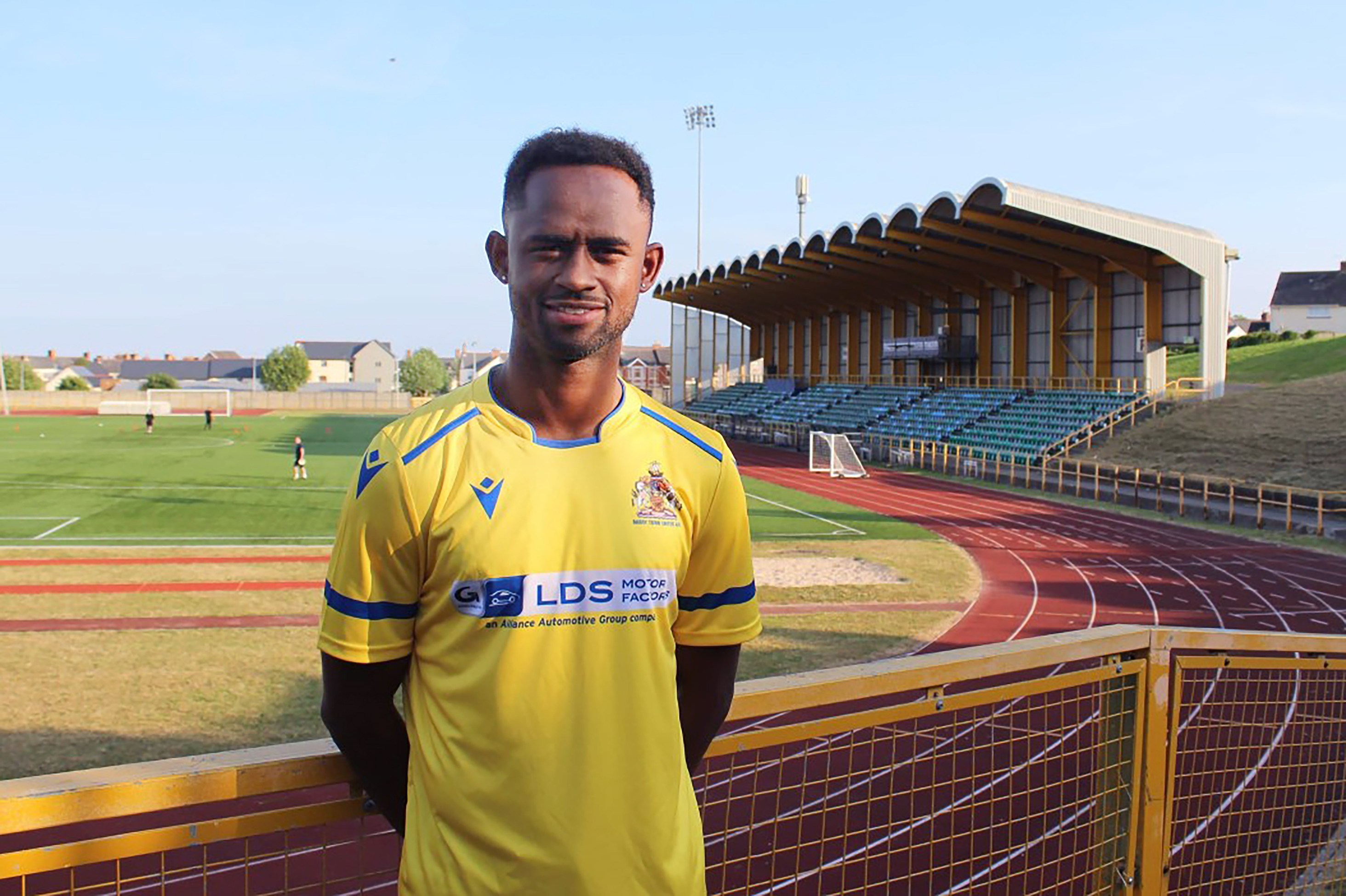 Barry Town United have pulled off a signing coup by snapping up National League midfield player Keyon Reffell for the new season.

“This move has probably been 10 years in the making,” says Barry manager Gavin Chesterfield. “Keyon was recommended to me as an 18-year-old, but for the right reasons the move didn’t materialise at that time.

“To Keyon’s credit he has gone on to have an extremely good career to date and he now joins us with high levels of experience and much quality.

“He’s a great lad who will fit right into our dressing room and is a player I know our supporters will enjoy watching.”

Reffell, aged 28 and from Ely in Cardiff, is a free-spirited, unselfish midfield player who loves setting up chances for team-mates.

Barry striker Kayne McLaggon will be delighted by the arrival of Reffell after the pair established a rapport when they were in the same Martyrs team.

Reffell moves to Jenner Park after four and a half years away from the Welsh league system during which time he played for Merthyr, Kidderminster and Hereford.

He has opted for a return to Welsh domestic football due to a ‘change of job and family circumstances’ said Hereford head coach Marc Richards, who said Reffell wanted to play for club closer top his home.

“We made Keyon a good offer at training and at half past nine that night we were working out the logistics for him to travel this weekend,” said Richards.

“Then I took a phone call saying he wants to sign for a local side to him.

“Obviously, we are disappointed. He had a terrible time last season with injury.

“He’s been Mr Positive and the club have been brilliant in terms of supporting him. We’ve got him back in pre-season and he’s played in a few games. I thought we were there.

“But we found out this morning that due to a change in job, and family circumstances, he wants to stay closer to home so unfortunately he won’t be signing for us.

“I am disappointed Keyon hasn’t signed because I wanted to sign him. I made it really clear on Wednesday given that we wanted to see him get some minutes under his belt after two bad injuries kept him out the whole of last season.

“I wanted him to be a Hereford player.”

They qualified for Europe and gave an experienced Cliftonville team a scare, drawing the first leg 0-0 before the Northern Ireland FL team won their home game to make progress.

Barry are now focused on their opening match of the JD Sports WPL season against newly-promoted Penybont FC in Bridgend. That fixture is on Friday, August 16 (8pm).

The first home fixture for Barry is against Aberystwyth Town at Jenner Park a week later (Friday, August 23, 7.45pm).