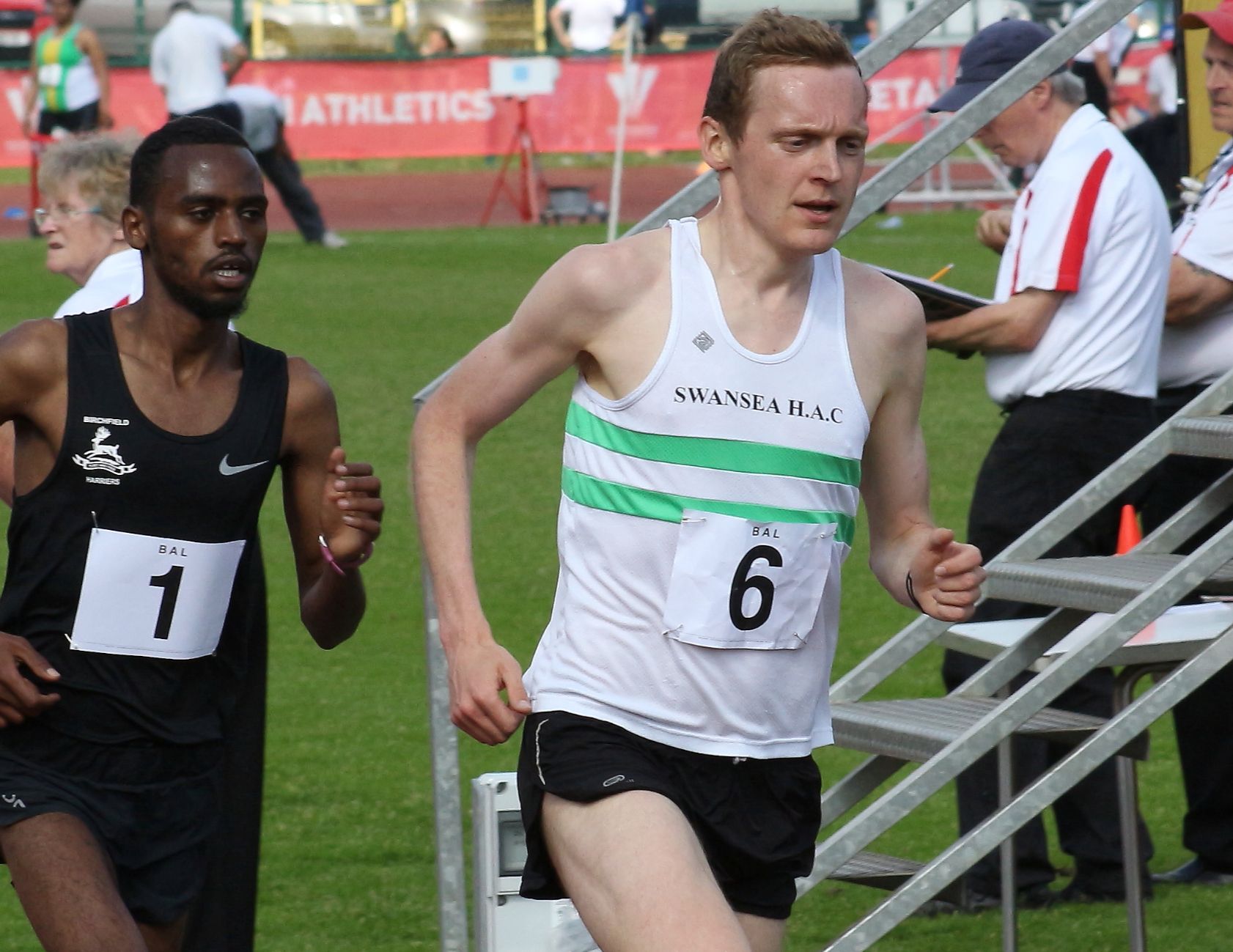 The Swansea Harrier finished second to Leeds AC athlete Emile Cairess, clocking a time of 28:33.17 – just outside the Birmingham qualifying standard of 28:30.00.

The Dundee-based runner must be hugely encouraged by such a promising performance so early in the season considering all the restrictions athletes have experienced due to COVID-19.

The multi-talented Jones, who has represented Great Britain on the track, road, cross country and orienteering, stayed with Cairess until the closing laps.

But the English athlete pulled clear over the final five laps to win a time of 28.14.30.

Jones later said on Twitter: “Huge thank you to everyone at @WelshAthletics for this opportunity to race. Big things to come from @EmileCairess – he was impressive and glided away from me with ease. Happy with the PB, now to work on finding the last 3.18 seconds.”

Since then the Swansea Harrier has concentrated on the marathon distance, clocking 2:09.49 on his debut in Frankfurt later the same year.

Saturday’s run was part of Griffiths’ preparation for the Olympic Marathon Trials in at London’s Kew Gardens on March 26.

The seven-time Welsh Cross Country Champion will surely be encouraged by his form going into the trials having suffered a series of injuries and illnesses over the past three years.

Also using the race as preparation for the Olympic trials was fellow Swansea Harrier Josh Griffiths, who dropped out with four laps to go of his first track 10,000m outing since the BUCS championships in 2016.

Fourth place went to James Hunt, who clocked a hugely promising time of 28:59.63 on his 10,000m track debut, which bodes well for his Commonwealth Games ambitions.

Cardiff Athletics team mate Mike Ward, who also has his eyes on Birmingham was fifth in 29.43.92.

There were throws for Disability Sport Wales athletes Harrison Walsh and Zachary Tandy who posted 54.81m and 41.39m respectively.