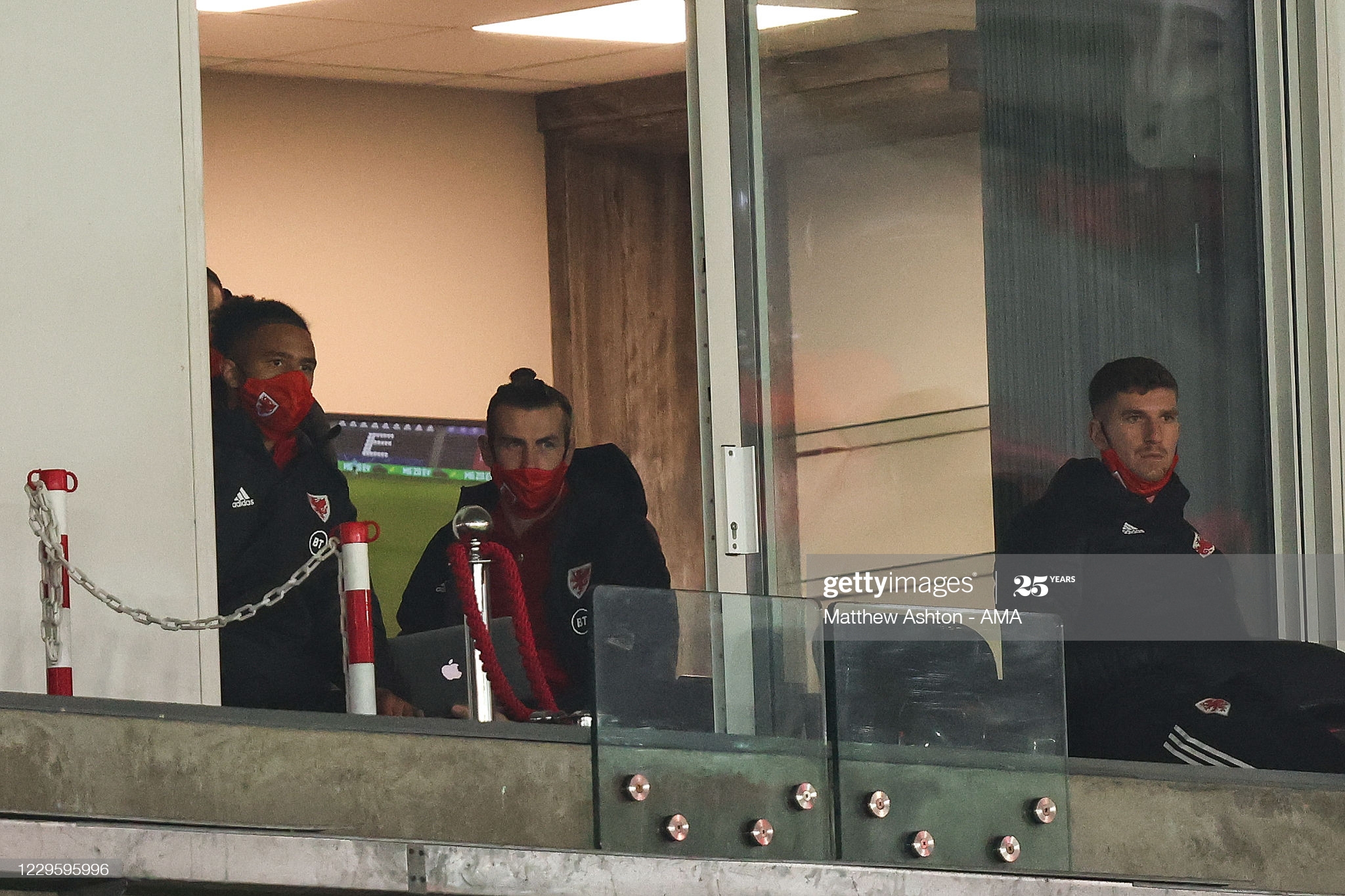 Rested Gareth Bale looks on from a corporate box. With his lap-top open he will have got more excitement watching the Masters in Augusta. Pic: Matthew Ashton - AMA/Getty Images

Wales can turn their attention to the serious business of the Nations League now – and welcome back Gareth Bale.

The Tottenham star was rested for the tepid goalless draw with a technically excellent USA team at Swansea’s Liberty Stadium.

Caretaker boss Rob Page – and an absent but watching Ryan Giggs – will have learnt very little from the performance of a shadow-side.

The game will only have raised further question marks over whether such matches are worthwhile nowadays especially just before two key Nations Cup games.

At least Wales will have big-guns like Bale back for Sunday’s game with the Republic of Ireland – who lost 3-0 in a friendly against England – and Finland.

Bale was restricted to a watching brief from a director’s box.

The Tottenham star had his laptop open and few could blame the golf fanatic if he had an eye on what was happening at the Masters in Augusta.

“I don’t know what the players not in the squad were up to,” said Page.

“There are no problems at all. He was in the dressing room with the lads beforehand and making sure that everyone’s in the right frame of mind.”

Tom Lawrence had a shot comfortably saved by USA keeper and captain Zack Steffen after a break for a Wales side showing nine changes from the win over Bulgaria last time out.

Debutant Brennan Johnson was close to scoring with his first touch after coming on as a substitute, seeing his effort smothered by Steffen.

And there was also a debut for Newport County midfield Josh Sheehan on his old Swansea stomping ground.

But it was the visitors who looked the more fluid without threatening too much to break the deadlock.

“With regards to keeping a clean sheet and confidence, we’ve kept that momentum going,” said Page.

“It was always going to be a tough game. We had to defend in numbers, we had to be disciplined in our defensive performance.

“On the ball, there’s areas where we need to improve, absolutely. We addressed that at half-time and I thought we were slightly better in the second half.”