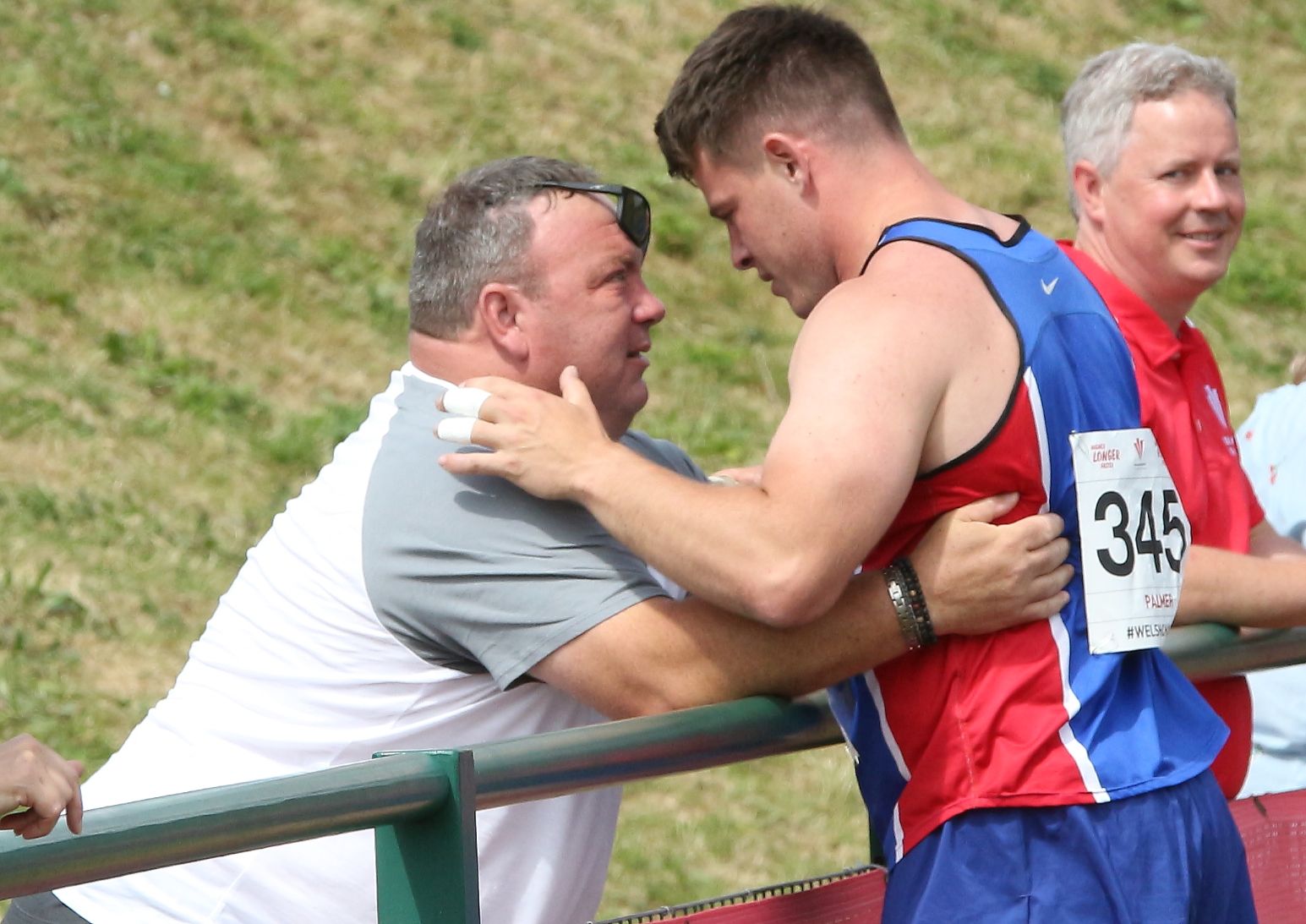 Jac Palmer congratulated by his dad and coach Adrian Palmer on his Welsh Championships win in 2019. Pic: Owen Morgan.

Palmer takes the team size up to 24 following Charlotte Arter’s addition to the original squad of 22 named last month.

A delighted Palmer said: “Getting the call up was such a special moment for me, being part of Tîm Cymru is such an honour. I can’t wait to represent the country I love on the world stage.

“Physically, I feel in the best shape of my life and the competition distances are coming together just at the right time.

“I’m excited to show what all the years of hard work have been working towards and wear the Draig Goch with pride.”

Coached by his father, Adrian, the hammer thrower has represented Great Britain at the European Winter Throws Cup and he was English Under-23 Champion two years running.

The 26-year-old joins Arter, who was last month added to the athletics contingent by Team Wales.

Arter, the Welsh record holder at 5k, 10k and the half marathon, will contest the 10,000m at the newly refurbished Alexander Stadium.

The Cardiff Athletics duo were amongst a number of athletes who had gained the nomination standard to have been left out of the original Team Wales announcement.

Others included Swansea Harrier Kris Jones and Stockport AC’s Andy Davies, who had achieved the standards at 10,000m and the marathon respectively.

Jones has subsequently gone on to win a team silver medal for Great Britain in the sprint relay race at the World Orienteering Championships in Denmark.

Meanwhile, Davies has been selected to represent Great Britain at the European Athletics Championships in Munich, which take place after the Commonwealth Games where he joins fellow Welsh marathoner Rosie Edwards in the team.

The full Welsh athletics team for the Commonwealth Games is: