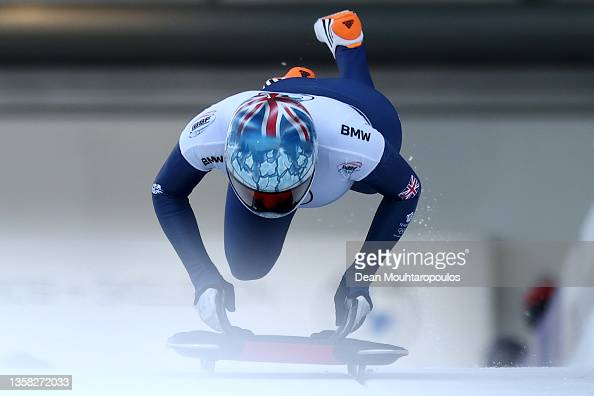 Laura Deas believes she can be inspired to win another Olympic medal when she heads to China for the Winter Olympics next month.

Deas – the first Welsh woman to win a medal at the Winter Games – has been named in the Great Britain skeleton squad that will compete in Beijing, with her competition starting on February 11.

The Wrexham-born athlete – who won a bronze medal at PyeongChang in 2018 – is one of two women and two men to make the GB skeleton team.

Deas, 33, will join Olympic newcomer Brogan Crowley for the women’s competition along with Crowley’s fellow Olympic debutants Matt Weston and Marcus Wyatt in the men’s event.

Deas said: “Being selected for a second Olympic Games feels like a huge honour and it’s something I’ve worked incredibly hard to achieve.

I’m going to the Olympic Games!! Such a huge honour to be representing @TeamGB once again 🇬🇧 pic.twitter.com/2xlOYudcMf

“Pulling on Team GB kit always makes me feel like I can do something special and, heading to Beijing, I will be aiming to do just that.”

Deas has not enjoyed the best of form this season, with just three top 10 finishes in competition, but she believes she can deliver when it matters on her return to the Olympic stage.

“I’ve had a pretty up-and-down season and it’s fair to say it hasn’t gone as well as it could have done in terms of outcomes,” she admitted.

“But we are constantly trying to work things out for the Olympics, and I very much feel like when we’re in Beijing and we’ve got our entire package together, we can still go out and do something pretty special.”

Four years ago, Deas claimed a historic bronze medal as she and teammate Lizzy Yarnold became the first British Winter Olympians to share a podium in an individual event.

Deas is the most experienced member of the team having made over 100 appearances across all four skeleton circuits and appeared at five World Championships since her international debut in 2010.

“Skeleton has been a source of great pride since its introduction to the Olympic Programme back in 2002 and with today’s selection, we have a mix of proven medal success in Laura, as well as the next generation of talent coming through the system in Brogan, Marcus and Matt.

“We look forward to seeing what they can do on a course that they all enjoyed when they were there for the test events at the end of last year.”

Weston said: “I still can’t believe it’s real! Being selected to not only go to an Olympics but be aiming for medals is a dream I have had since I can remember.

“I can’t wait to head back out to the best track I’ve raced on this season and enjoy every moment.”

The first two heats of the men’s race take place on Thursday, February 10 from 1.30 am GMT and heats three and four follow at 12.20 pm on Friday, February 11.