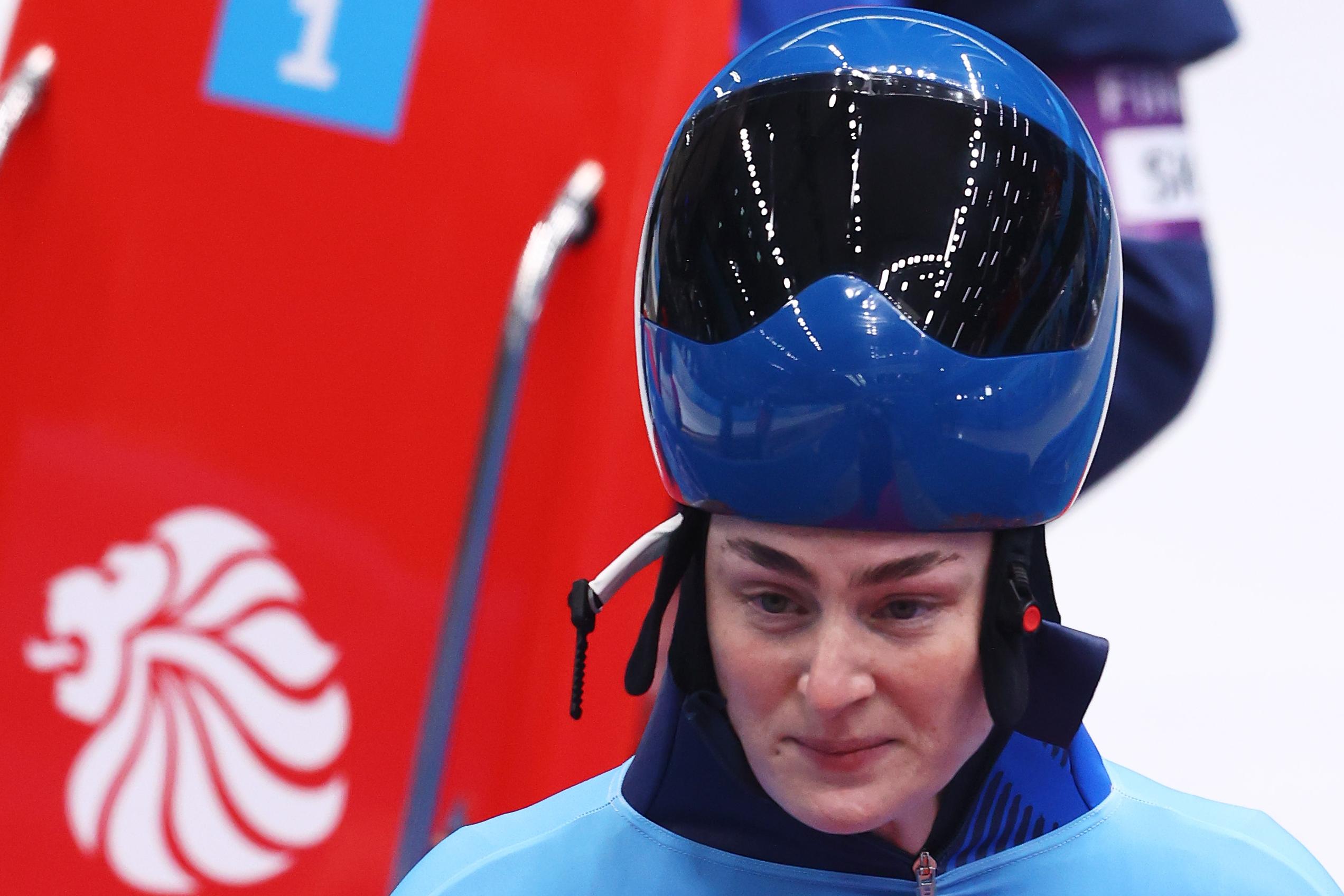 Laura Deas is to take some time out from competing after her failure to recapture her 2018 medal form at the Winter Olympics in Beijing.

The Welsh skeleton star – who won bronze at the Pyeongchang Games four years ago – plans to recover from what she described as a tough season that culminated in a disappointing 19th place at the weekend.

On Monday morning, she posted a four-word tweet which said: “I gave it everything.”

Deas was almost four seconds behind Germany’s Hannah Neise, who took gold, and was part of a Great Britain skeleton squad who all failed to deliver their expected performance levels.

“I don’t feel today showed what I’m capable of. I’ve obviously had better outcomes than that by far,” said Deas.

“I’m going to take some time out now and recover from what’s been a very long, difficult season.

“It’s frustrating for me personally because I know I’m capable of so much more. It has been an emotionally tough 24 hours.

“No-one comes to the Olympics, especially a previous medalist, to finish 19th. Nobody works this hard for four years to do that.

“But I am not a quitter. I’ll go away and reflect and see how I feel when the dust settles.

I gave it everything pic.twitter.com/gdM6slFAh5

“I’m sure everyone can appreciate with Covid and so on what a tough two years it’s been and I think in a sense we’ve all been through this together.

“I really do feel the support from home and it’s really touched me how supportive people have been.

“Obviously, the speed that I so desperately want is not there and there’s nothing I can do about that now. It’s done so I’ll go away and review what’s happened and take it from there.

“I’m gutted, there’s no getting around that. But I think it’s perfectly possible to be very disappointed with something but also be proud of the processes you’ve gone through.”

Accusations have since followed that the equipment being used by Team GB has not been up to scratch.

🗣 “I’m sorry I couldn’t deliver something better for you.”

An emotional and heartbroken Laura Deas leaves a final message for the fans as Team GB don’t win a medal for the first since 2002 in the skeleton event 😭 💔 #beijing2022 | @teamgb | @skeletonlaura pic.twitter.com/JFHaHb46Ox

UK Sport funding puts £6.42 million into the GB skeleton programme, which in the past has produced gold medals for Amy Williams and Lizzy Arnold as well as Deas’ bronze medal four years ago.

Former Olympic star John Jackson, who piloted Britain to bobsleigh bronze in Sochi, was in no doubt the kit was to blame for the skeleton slump.

After seeing Crowley clock the second fastest start (5.04secs) yet finish 23rd of 25, he said the equipment was “absolutely draining speed all the way down.

“I don’t know what has happened with the British equipment,” he told the BBC. “It doesn’t seem to be working. There is just no speed in this sled at all.”

Deas’ father Ewan also questioned the decision of Team GB to use new equipment for the Games.

“British Skeleton have an awful lot of thinking to do, the sled builders in particular,” he said.

“And it’s not happy viewing if you are British Skeleton slider or a fan.”